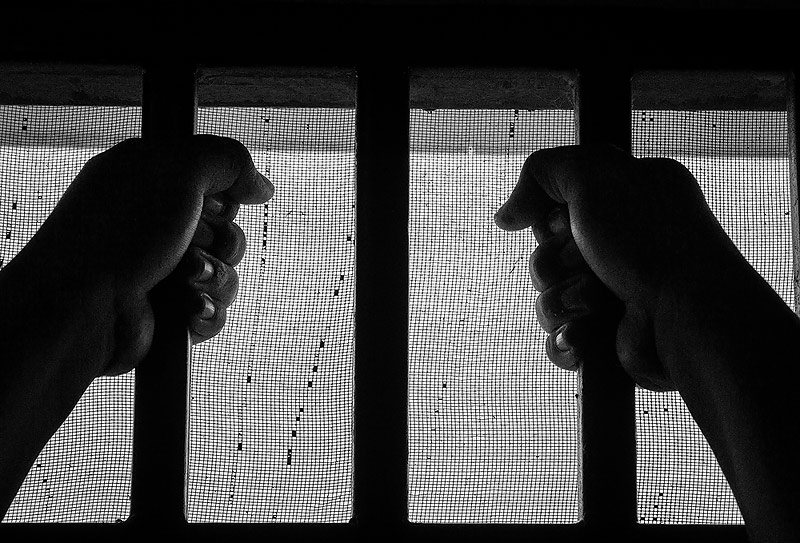 The United States recently conducted a raid in Yemen to free an American hostage. The raid failed. The Navy Seals killed 11 people, including a 10-year-old boy. The kidnappers executed the hostage, journalist Luke Somers. They also killed South African teacher Pierre Korkie. The South African was on the verge of being released as part of a hostage negotiation that the U.S. government didn’t know about.

Somers, meanwhile, was not the subject of any negotiations. The United States has a longstanding policy not to pay ransoms and not to negotiate with terrorists.

Except that sometimes the United States does pay ransom. And sometimes it does negotiate with terrorists. Consistency is the hobgoblin of little countries: superpowers can do whatever they wish. But the United States enjoys only the illusion of free rein. In fact, America is held hostage by the very way it conducts its foreign policy.

And it’s been that way since the dawn of America’s engagement with the world.

Pirates of the Mediterranean

In 1801, after pirates from North Africa seized a number of U.S. ships and took American seamen hostage, the United States attacked the Barbary states of Tripoli, Algiers, and Tunis. Previously, under George Washington, the United States paid these states an annual tribute to prevent the seizure of American ships. Thomas Jefferson, however, opted for war.

The three succeeding wars irrevocably shaped U.S. foreign policy. They revolutionized the use of a new expeditionary force known as the Marines. They prompted Congress to approve a huge boost in military spending to create a blue-water navy. And they set a precedent for using military force to resolve international crises. A number of pundits cited the Barbary wars as a model for the response to the September 11 attacks, mistaking the Barbary conflict for America’s first war on “radical Islam.” And Jefferson’s response has continued to inspire modern-day commentators to reject negotiations and tribute in favor of Navy Seals.

The most powerful modern example of “America held hostage” took place in 1979. When the revolution broke out in Iran that year, radical students took over the U.S. embassy and held 52 Americans for 444 days. Four days after the crisis began, ABC began to devote a nightly broadcast to continuing updates of the situation: The Iran Crisis: America Held Hostage. That show, anchored by Ted Koppel, eventually became Nightline, a fixture of late-night television.

America, to put it mildly, was unhappy about being held hostage. The crisis came at the tail end of the Carter administration, when the United States was still reeling from the catastrophes of the Vietnam War and the embarrassments of the Watergate scandal. The hostage-taking was yet another blow to America’s ego. The Carter administration dispatched a rescue team that ultimately broke down in the deserts of Iran, adding injury to insult.

Until then, Carter’s foreign policy represented an important departure from the military interventionist norm, with major diplomatic initiatives on human rights, Middle East peace, and arms control. He gave back the Panama Canal and recognized Mainland China. Here was a president who seemed to actually respect diplomacy. Yet he is remembered as ineffectual, largely for those helicopters stuck in the Iranian sand. Shortly after the Iranian revolution, the Soviet Union invaded Afghanistan, which drove a final nail into the coffin of East-West détente. The revolution in Tehran also triggered a sharp increase in oil prices and a resulting downturn in the U.S. economy. America indeed seemed to be held hostage — by world events more generally.

The Carter team, by the way, had been planning a second attempt to rescue the embassy hostages. But after another aircraft malfunctioned in a test run, the military approach was abandoned. The American hostages eventually returned to America — thanks to negotiations, not military force. But the failed attempts by Special Operations Forces in particular prompted the Pentagon to set up a new branch: the Special Forces Command. The taking of American hostages — in North Africa or in Iran — has led the United States not to rethink foreign policy principles but to ramp up the expeditionary power of the military.

Not a Cent for Tribute

Al-Qaeda and its brethren are not seizing only Americans. Their hostages include Britons, French, Germans, South Africans, and others. Many European countries have negotiated the ransoms and gained the release of their citizens. Washington has refused to pay.

This time at least.

In the past, the Bush administration arranged for a ransom to be paid to Abu Sayyaf, the al-Qaeda-affiliated group in the Philippines, for the release of a missionary couple, Martin and Gracia Burnham. And the United States worked through third-party countries for the release of American journalist Theo Curtis, who was released after Qatar provided the ransom, and three Americans held in Iran, who were released after Oman provided a half-million-dollar “bail payment.” The Obama administration paid a form of ransom — a prisoner exchange — to gain the release of U.S. soldier Bowe Bergdahl. And a succession of administration officials have gone to North Korea to gain the release of Americans held for a variety of misdemeanors, giving new meaning to the phrase “paying a visit.”

European countries pay for the release of their hostages in part because they want to support the humanitarian work and media coverage that their courageous citizens are engaged in. Without that kind of ultimate insurance policy, many people would not risk their lives to save the lives of others. The Obama administration is currently reviewing its policy on Americans held hostage, but it won’t touch the ban on paying ransom.

It’s not a bottom-line issue. We pay a great deal more to maintain our expeditionary forces and dispatch them than we would pay out in the occasional ransom. We just don’t want to fund our own adversaries. This is both an understandable and a sensible concern. But our adversaries benefit a great deal more from the weapons they seize or buy from our purported allies. And of course, they also benefit tremendously from the “collateral damage” inflicted on local populations by our air strikes, our drone strikes, and our Special Operations Forces missions.

Held Hostage to a Way of Thinking

The U.S. government is quite profligate in the billions of dollars in military assistance it doles out to some entirely questionable actors around the world.

Consider Yemen, where the United States conducted its latest unsuccessful raid. According to a report by the invaluable new organization, Security Assistance Monitor, the United States provided $343 million in security assistance to Yemen from 2011 to 2014. Much of the money was meant to strengthen Yemeni counter-terrorism capabilities. Put this way, it’s easy to conclude: money well spent!

But as even the State Department has noted, the security forces in Yemen are involved in a variety of human rights violations — extrajudicial killings, use of child soldiers, firing live rounds into peaceful demonstrations. And military officials, according to the Security Assistance Monitor’s profile on Yemen, “have reportedly sold government-provided arms on the black market, increasing the likelihood of U.S.-supplied arms reaching unwanted users.” In other words, we could have gotten quite a few hostages returned for the money we spent on equipping the leaky Yemeni army.

Meanwhile, the United States has been conducting drone strikes and other covert actions against suspected al-Qaeda operatives in Yemen since 2002. According to the Bureau of Investigative Journalism, these campaigns have killed between 884 and 1,498 people, including 158-248 civilians. These civilian casualties — combined with military assistance to unpopular security forces — swell anti-American sentiment and make the environment more hospitable for al-Qaeda and its sympathizers.

One of those drone strikes even played an important role in the recent raid, though it would be hard to figure that out from the Washington Post coverage. The South African aid group working to free Pierre Korkie was relying on a group of tribal leaders as intermediaries to the al-Qaeda kidnappers. “Several of the tribal envoys were killed while attempting to contact the militants over the past 18 months,” reported the Post. Only when you turn to other news sources — such as this New York Times article — do you find out that it was a drone strike that killed the mediators.

Only a few Americans are held hostage by al-Qaeda. The rest of us are held hostage by the U.S. overreliance on military force. It’s what draws us into conflicts beyond our borders. It’s what guarantees an ever-growing pool of anti-American militants. And it’s what prompts us to engage in risky military operations to free our hostages overseas instead of relying on negotiations — and yes, economic “incentives” — to free them.

In Yemen, the Navy Seals were not able to pull off a Hollywood ending. Worse, U.S. military operations twice screwed up ongoing negotiations that would have freed one of the hostages. But still, we hold up these armed raids as the ultimate solution to our hostage problems, just as drones continue to be the guarantor of our “security.” Is it any wonder that America’s trigger-happy policeman, lock-and-load vigilantes, and mentally disturbed high school and college students reach for guns to solve their “problems” instead of relying on other options?

The problem begins at the top. Our commander-in-chief sets the example, and too many of us play follow the leader.