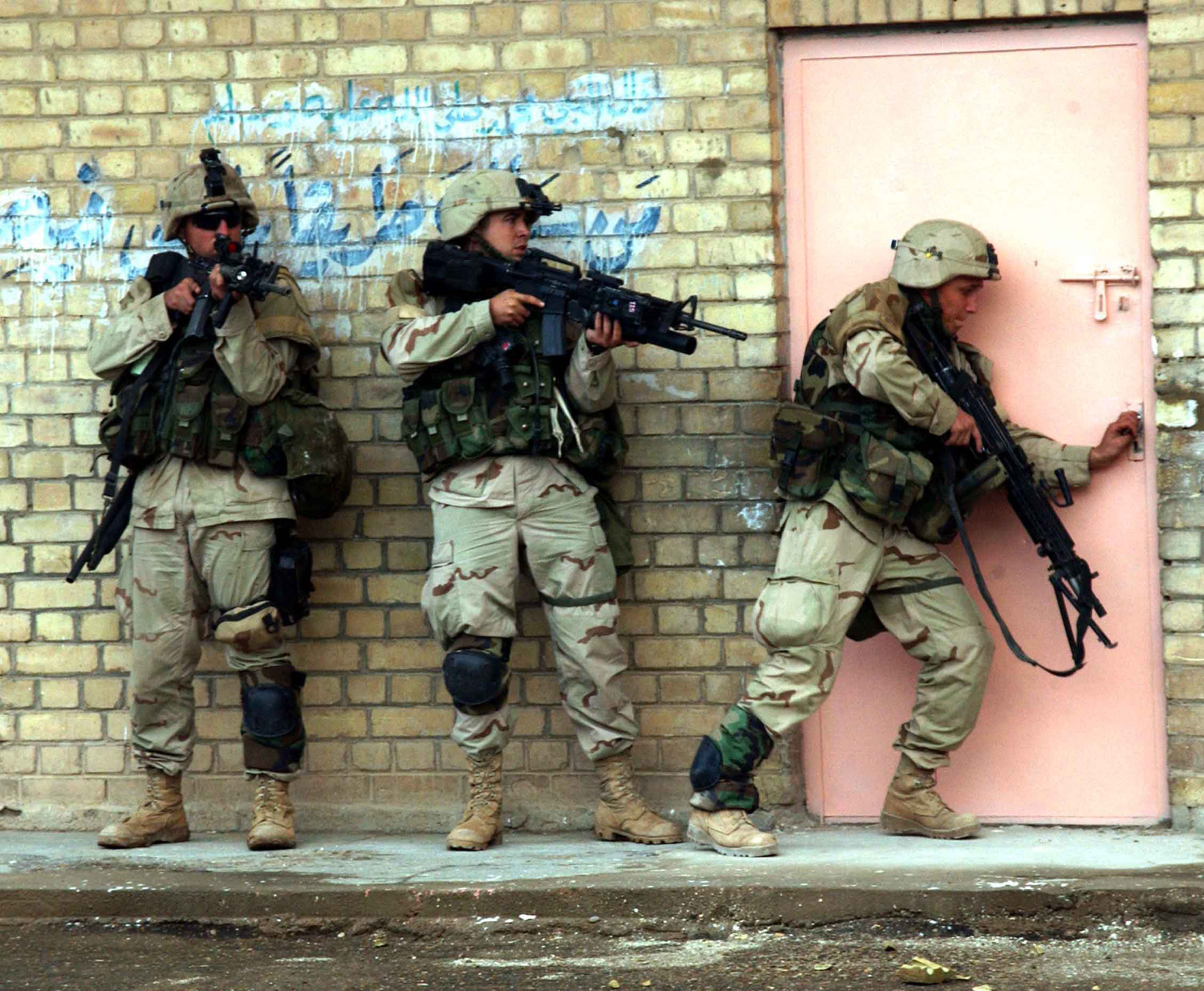 America Should Look in the Mirror

The collateral damage of the Iraq War continues -- for Iraqis and Americans alike.
By Adil E. Shamoo | January 26, 2017

Esteban Santiago, the Ft. Lauderdale airport shooter, is an Iraq war veteran. Prior to executing five innocent people and wounding seven, he told the FBI that voices were telling him to watch ISIS videos. Although clearly exhibiting the possible symptoms of a thought disorder, the authorities were not able to connect him with mental health treatment.

Santiago was able to obtain a gun legally, bring it to the airport, and check it in his bag. Because some states allow guns everywhere including schools, shopping malls, and even airports, no one read the red flags that would have stopped the horror that changed too many lives forever.

Although violence is committed by a tiny percentage of those with mental illness, Santiago had military training in the use of guns. He’d confessed to having thoughts of violence when he went to those who might have been able to stop him. But he was not stopped. The powerful gun lobby has ensured that the right to bear arms be interpreted in ways far beyond any safe limit in our modern and complex society.

Santiago’s participation in the war in Iraq may have exacerbated or contributed to his mental illness. He might have been struggling with the moral injury of being in an unjustified war or dealing with Post Traumatic Stress Disorder (PTSD) – or both. We don’t really know. But many who have used the shooting to bolster their arguments about terrorism fail to see that some of our soldiers have been damaged by our continued wars in Afghanistan, Iraq, Yemen, Syria, and elsewhere. We deny the moral injury of a young man raised on American values and the good life thrown into a killing machine requiring the search for “terrorists” while killing many innocent Iraqis. Although some are able to live with the facts of what we euphemistically call “collateral damage,” killing civilians torment others.

Some believe that Saddam Hussein was a thug, and the United States saved the people of Iraq from his rule. But afterwards, we killed and wounded over a million Iraqis and left a power vacuum filled by ethnic strife, and later, ISIS. Others bought the lie about the reason for the invasion and claimed that Iraq was involved in 9/11, even though Iraq had no connection to 9/11. The latest data indicates that approximately 20 veterans commit suicide each day. There are nearly two million veterans from the wars in Afghanistan and Iraq, but most are from Iraq. The most recent data show that veterans represent 18 percent of all the suicides for 2014, though veterans represent about 9 percent of the population.

Thirteen years after invading Iraq, the consensus is that the invasion was an error. Whether the error was intentional or not, Iraq suffered more than a quarter of a million dead, a million wounded, and the destruction of infrastructure, education, economy and medical services. If this were murder, the culprit (and in this case the president of the United States) would be convicted either of murder if it was premeditated or manslaughter if it were not. Many around the world have called it a war crime.

Unfortunately, no president admits to the culpability of our government in committing the crime of invading a country under false pretenses. Certainly President George W. Bush is responsible for the invasion, but he neither admitted to the fact that the invasion of Iraq was in error nor apologized for the invasion to the people of Iraq. The same holds true for President Obama during his eight-year term. On the contrary, President Obama justified the war early in his term and in his farewell speech. (Of course, the call was for us to fix what we had broken, an entirely different matter.)

America is trying to wash the sin of the invasion in 2003 by fighting along with the Iraqi military to defeat ISIS and regain Iraq’s sovereignty. Fighting ISIS is a noble cause, since ISIS is one of the most vicious enemies of Iraq and America. If the United States acknowledgement that American’s involvement in defeating ISIS and regaining Iraq’s sovereignty is in part an absolution for our sins, I will accept this recognition in lieu of an apology.

Finally, when the media and our politicians accepted the lies about the Iraq invasion, it paved the way for Donald Trump to lie on a regular basis and win the presidency.

This compromising of moral values during the Iraq War had a direct impact on Iraq lives and American lives. Iraqis continue to suffer the consequences in a country still recovering from that war and dealing with the ravages of ISIS. U.S. veterans continue to suffer the consequences of their experiences in the war zones. And there has been collateral damage at home as well, as the case of Esteban Santiago sadly demonstrates.

Before wielding power in the world, America should look in the mirror to see what we have done to other nations as well as our own.

Adil E. Shamoo is an associate fellow of the Institute for Policy Studies, a senior analyst for Foreign Policy in Focus, and the author of: Equal Worth — When Humanity Will Have Peace. His email is ashamoo@som.umaryland.edu.