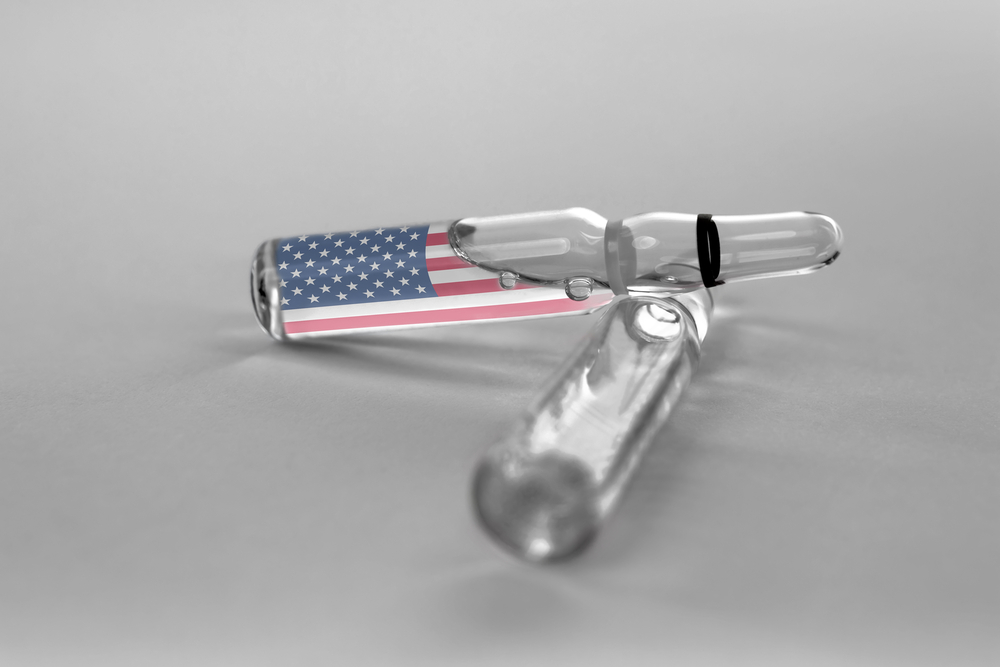 The banality of President Trump’s evil has infected huge swaths of the electorate as well as the federal government. Can it be treated?
By John Feffer | January 29, 2020

The epicenter of China’s coronavirus outbreak is widely thought to be a wet market in Wuhan. At such markets, seafood, chicken, and other conventional foodstuffs are on sale alongside live animals. You can buy more than just dogs and cats there. Local epicures also shop for more exotic fare like foxes, badgers, civets, and snakes.

The coronavirus is a pathogen that jumps from animals to humans. The wet market is the perfect environment for the disease to incubate, mutate, and eventually infect the unwary.

Washington is a place where ordinary politics takes place. But sometimes exotic species are introduced into the nation’s capital. And that’s when a new disease can incubate and mutate and spread throughout the system.

Donald Trump is Patient Zero for America’s “king’s disease,” which is the metonymic translation of coronavirus. His delusions of grandeur were always dangerously infectious, but they only became lethal when he took up residence in the White House.

As Trump came into contact with the ordinary Republican members of Congress, the disease leaped into the American body politic. Virtually the entire Republican Party began to treat the president not as the head of state or the head of the party but as a king — and thus above politics and not subject to the same congressional constraints as previous presidents.

Political scientists are frankly incapable of explaining the current impeachment saga in Washington. It takes an epidemiologist to figure out how a set of politicians, with a wide range of intellectual capabilities from grandmaster to moron, can all deny over and over again the clear evidence in front of their eyes that the president committed impeachable offenses.

Sure, they are marching in lockstep with the party leadership. But it really seems as if they’re suffering from a more serious infection when so many of them have refused to accept the admission of more evidence even as they insist that the existing evidence is insufficient.

Trumpism is not, of course, restricted to the political wet market of Washington, D.C. Plenty of Americans scattered across the country are willing to kneel down before the putative king.

It’s unclear how to address this larger outbreak or even if it’s possible. After all, despite incontrovertible evidence to the contrary, two-thirds of Trump supporters back in 2016 still believed Obama to be a Muslim. They’ve since added more Trump-inspired conspiracy theories to the list, such as Ukraine’s supposed involvement in hacking the 2016 presidential election. As with mad cow disease, there simply might not be a cure for this political dementia.

But the continuing outbreak of Trumpism goes beyond the headlines about Republican derangement syndrome in Washington or the fever dreams of the president’s so-called base. An equally concerning problem is how Trumpism has infected the entire American system. This is where the political coronavirus actually threatens lives.

But This Is Evil

Omar Ameen risked his life to bring his family to America. He didn’t have a choice.

Born in Iraq, Ameen worried that he and his whole family would be killed by someone taking revenge for the crimes of his cousin, who belonged to al-Qaeda. He left for Turkey in 2012 and, after an exhaustive set of interviews with U.S. screeners, made it into the United States in 2014.

For four years, as Ben Taub relates in a fascinating story in The New Yorker, Ameen worked hard in America to provide for his family. In July 2018, however, U.S. authorities arrested him on the grounds that he had acted on behalf of the Islamic State by killing a police officer in Iraq. The Trump administration had determined that Ameen was a terrorist, one of those bad skittles that Donald Trump Jr. once tweeted about. A network of federal agencies worked overtime to compile an airtight case against Ameen.

The only problem was: Ameen was not in Iraq when the guard was killed. And he could prove it.

This proof, however, didn’t seem to matter. The government pursued its case against Ameen regardless, arguing that any evidence gathered after Ameen’s arrest was only admissible in an Iraqi court, which meant that Ameen would have to be deported. In Iraq, meanwhile, a fair trial is unlikely. Suspected terrorists are routinely tortured into making confessions and then either executed or detained indefinitely.

It’s bad enough when Donald Trump lies about, for instance, the big terrorist threat coming from refugees when, in fact, there are virtually no refugee terrorists (aside from several anti-Castro Cubans who arrived before 1980).

It’s even worse when the entire federal government is restructured around this lie, when the federal agencies perpetuate this lie on a daily basis, and when innocent people like Omar Ameen get caught up in the web of these lies.

Ameen’s lawyer, Ben Galloway has been losing sleep over the case.

It’s not the stress of going into the hearing — it’s the trauma of coming out of it, the trauma of realizing what they’re doing. It’s unconscionable. Seeing the level of infection, this willingness to go along, it makes me realize that we are not safe… I hope we can recover from it. I hope we can regain institutional integrity in some of these agencies. None of them is perfect — they all have problematic histories — but this is evil.

Mark those words: “level of infection.” As I said, it takes an epidemiologist to understand the impact of Trumpism on American institutions.

It used to be difficult but not impossible to seek asylum at the border. Now, thanks to the Trump administration, it’s simply impossible.

If the desperate manage to get an interview, which itself is a major challenge, they meet with asylum officers. The Trump administration, arguing that people from south of the border in particular are lying about their cases, has tightened the eligibility requirements by adopting what it calls the Migration Protection Protocols (MPP).

Tightened the eligibility requirements — that’s actually a euphemism. The Trump administration has violated international law by refusing asylum to those who face a risk of harm if they’re sent back to the country they left. Some asylum officers, according to This American Life, protested the new rules. They didn’t get anywhere.

So the standard today is upside down from what it used to be under credible fear. Instead of, let’s err on the side of letting people in because we don’t want anyone to be tortured or die, under MPP the standard is almost impossibly high, so almost nobody gets in.

In numerical terms, it works out to about one in a thousand (11 out of 10,000, according to Syracuse University). In human terms, it means that every day, U.S. asylum officers are sending people directly into harm’s way. The use of the phrase “concentration camp” to describe detention facilities begins to sound grimly appropriate.

Such is the banality of evil. The problem lies not just in the upper echelons of the Trump administration setting the rules. It’s everyone down the chain of command who is executing those policies.

True, some people are quitting. Others are blowing the whistle, as we’ve seen in the cases of the courageous few who testified in the House impeachment hearings. But they are the exceptions. The system continues to function.

It’s not just ICE or Homeland Security. A cadre of federal employees at the Department of the Interior is currently opening up public lands to drilling. The Pentagon is expediting millions of dollars of weapons sales to one of the most despicable regimes on the planet, Saudi Arabia. Officials at USAID are enforcing the global gag rule by cutting off funding to organizations that provide access to reproductive health and family planning.

All across the country, tens of thousands of people are implementing the Trump administration’s egregious policies. Of course, not everyone working for the federal government is involved in such crimes. Thousands and thousands of civil servants are maintaining programs that the Trump administration has yet to alter or close down that offer essential services or direct critical resources to individuals and communities in need.

But in a post-Trump future, whenever that day comes, how will we deal with the myriad “willing executioners” — to quote Daniel Goldhagen’s book on the complicity of ordinary Germans in the Holocaust? The contagion spreads far beyond Trump, his cabinet, the Republicans on the Hill, and a few familiar faces in the media.

Trumpism is an acute outbreak of a chronic disease. America’s body politic has been seriously compromised for years.

In Democracy in Chains, Nancy McLean chronicles the efforts by economist James M. Buchanan, the Koch brothers, and a raft of conservative foundations to systematically reduce the influence of the majority of citizens in politics. They have done so through a variety of mechanisms: privatizing federal programs that hitherto had majority support, challenging the power of unions, empowering states at the expense of the federal center.

Is what we are dealing with merely a social movement of the right whose radical ideas must eventually face public scrutiny and rise or fall on their merits? Or is this the story of something quite different, something never before seen in American history? Could it be — and I use these words quite hesitantly and carefully — a fifth-column assault on American democratic governance?

The forces that have engineered this hostile take-over of Washington, D.C. never imagined that Donald Trump would lead their movement. Neither did conservative evangelicals or the NRA. They all expected someone more sober-minded, more calculating, more consistently ideological. Still, a useful idiot is a useful idiot.

Trumpism is what happens when a compromised immune system meets an unusual pathogen. America might be lucky enough to remove the proximate cause of infection through a victory at the polls. The top tier of Trump appointees can then be removed from office.

Unless we address the underlying susceptibility of the body politic to diseases of this nature, however, such outbreaks will continue flaring up for years to come. America faces a political pandemic unlike any in the last 200-plus years. To eradicate this “king’s disease” the last time around, didn’t we have to fight a revolution?