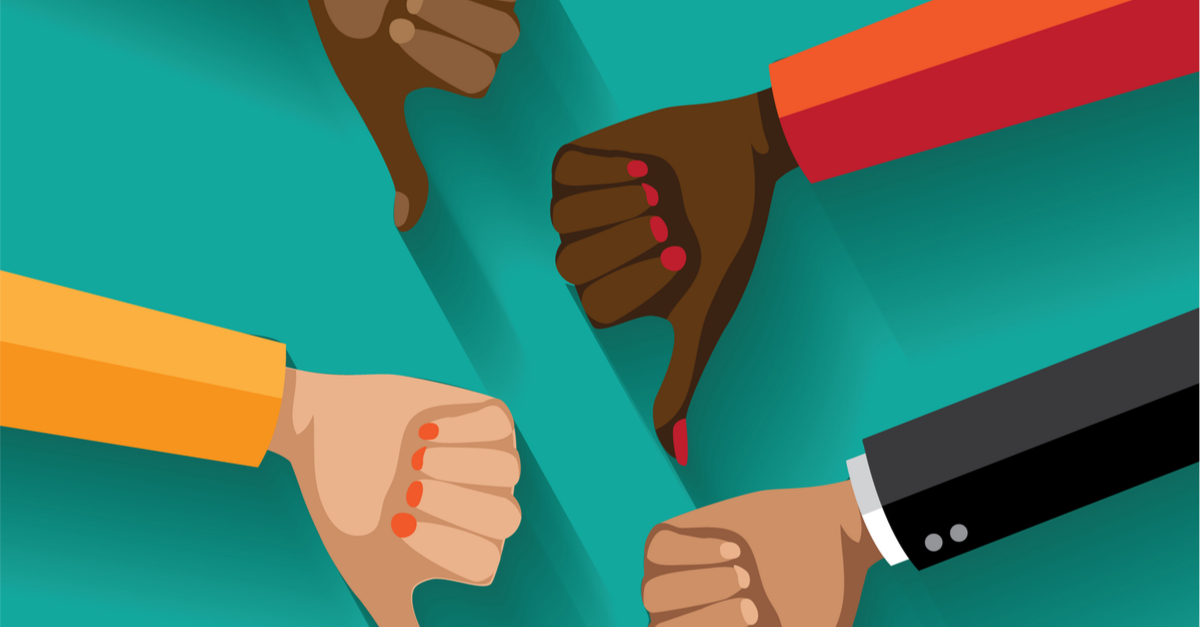 Even if Trump loses, his administration may have permanently damaged our standing abroad. But there's a silver lining: it makes Trumpism an ideological dead-end.
By John Feffer | September 23, 2020

Donald Trump used to care what the world outside America thought of him.

Before he ran for president, he was focused on turning his business into a global brand. The name “Trump” was supposed to connote all the luxury and success of the elite lifestyle. Trump hotels, Trump golf courses, Trump books and TV shows and knick-knacks: Donald Trump’s ability to sell all of that depended on his reputation as a globally successful businessman and negotiator.

Sure, the guy was a fraud. He wasn’t so much a negotiator as a shake-down artist. His businesses failed and went bankrupt. He had to be bailed out by his father and, later, by unscrupulous bankers. Everything about Donald Trump was a lie even before the man opened his mouth, which then added exponentially to the mendacity.

But Trump has built his brand on the basis of perception. With his Brioni suits and inflated asset sheet, the man looks the part of a billionaire well enough to have played one on television. His hotels appear to be expensive, his casinos glitzy, and his golf courses well-groomed. His reality TV show The Apprentice was edited to make its star look managerial rather than erratic and foolish.

Then Trump moved from reality show to reality. Even with a team of spinmeisters, Donald Trump in the White House lost control of perceptions. His presidency couldn’t be re-edited to make him look good. The corrupt underlings, the outrageous nepotism, the impeachable offenses in foreign policy, the brazen shift of wealth upward, and the coddling of dictators were all on full display well before the pandemic hit and the economy tanked.

Trump managed to elude removal and maintain his base of support despite all the bad press. But facts are stubborn things, as President John Adams once said, and the coronavirus numbers are particularly damning. If the United States had handled COVID-19 the way our neighbor to the north did, more than 100,000 Americans would be alive today.

Let’s dwell on that number for a moment: 100,000. Trump used to boast that he could shoot someone on Fifth Avenue and not lose any voters. With his bungled response to COVID-19, the president has gone from murder to mass murder.

The “excess” casualties of the pandemic are akin to Trump pulling out not a gun on Fifth Avenue but a 10-kiloton improvised nuclear device capable of killing tens of thousands of people. Yet, despite the carnage, Trump maintains a stable base of support among just under 45 percent of voters.

The world outside the United States is not fooled, however.

According to a new Pew Research Center poll, only 16 percent of those polled (in 13 major countries) have any confidence in Donald Trump as a leader. That’s lower than European heads of state like Germany’s Angela Merkel (76 percent) and France’s Emmanuel Macron (64 percent), but it’s even lower than the generally negative perception of Russia’s Vladimir Putin (23 percent) and China’s Xi Jinping (19 percent).

Trump couldn’t even generate majority support among right-wing parties in the countries surveyed. The closest he comes is in Spain where only 45 percent of far-right Vox Party supporters have confidence in the U.S. president.

The truly startling fact about the Pew poll is that the 13 countries included are all American allies. And it’s not just their perception of Trump. It’s also their impression of the United States. The share of the public that holds a favorable view of America has dropped to new lows in the United Kingdom, Japan, Canada, and Australia. In only one country in the survey, South Korea, did a majority of the population (59 percent) have a positive assessment of America.

Trump doesn’t seem to care very much about his plummeting reputation abroad. At the moment, he’s not focused on building resorts and selling Trump-branded products. For the last three years, he’s cared only about re-election. Winning a second term far outweighs any other personal indicators of worth or wealth. Spain, South Korea, Australia? These are not swing states. The citizens of other countries do not vote in U.S. elections.

Heck, Trump doesn’t even seem to care about the fires rampaging through the West Coast since there’s little he can do to win Electoral College votes in California and Oregon. The current U.S. president does not consider blue states to be truly American. This is what it means to be a right-wing populist. You redefine “the people” to include only your supporters. Everyone else is anti-American. The logical conclusion of such thinking is to allow “the people” to vote and keep everyone else from the polls.

If you’re a Trump supporter, you probably don’t care what the world thinks about you or your president. You believe that the world is divided into “shithole” countries that fear America and hoity-toity elitist countries like France and Germany that look down on America. As an exception to the rules, the United States stands alone. It doesn’t need the world’s love.

If you despise Trump, you probably don’t care much about the Pew poll either. If Trump goes down to defeat in November, America’s reputation will recover. That’s what happened, after all, when Barack Obama took over from George W. Bush.

But here’s why the poll is important, even if Trump loses decisively in two months.

The world will continue to view the United States as a divided country.

Regardless of the precise election results in November, a significant portion of the American population will have voted for a demonstrably incompetent, racist sociopath. You can be forgiven for pulling the lever for an untested politician, the world may allow. But continuing to support someone with Trump’s dismal track record may not reflect well on Trump’s base or, frankly, the country as a whole.

Such a faction could maneuver itself back into power. They’ve taken over the Republican Party, and they’ve gone all in for Trump. Congress will soon have its first QAnon believer in Georgia’s Marjorie Taylor Greene. Is a QAnon Caucus, promoting its conspiracy theory of Satan-worshipping pedophiles ruling the world, far behind?

Yes, of course, everyone knows that democracies can throw up unpredictable leaders every now and then. But outsiders may well conclude that Trump is so far outside the parameters of normal as to call into question the very democratic system in the United States.

This isn’t necessarily a bad thing, given the quality of American leadership over the years.

The international community should now be disabused of any illusions that the United States is acting on behalf of the good of the globe. When it comes to addressing climate change, for instance, other countries should lead. The same holds true for safeguarding public health, remedying global economic inequality, and restraining the arms trade. The United States has had a lousy global record on these issues and a pretty lousy domestic record, too.

The downside is that the United States isn’t passing on its mantle of global leadership, as Britain did to America after World War II. The tragedy here is not that there isn’t a logical successor but that the United States didn’t invest at least some of its political and economic capital into building stronger international institutions that could serve as collective global leadership.

The delusions that seem baked into the American electorate are not infectious.

The “Trump effect” has been very limited globally. Brazilians elected their “Trump of the Amazon” Jair Bolsonaro. A couple countries have opted for outsiders, like comedian Volodymyr Zelensky in Ukraine. But otherwise, it appears that the disastrous record of Donald Trump has served as a form of immunization. What country would voluntarily embark on the same trip to Crazytown that the United States has taken over the last three years?

It’s worth repeating here that even right-wing populists generally think that Trump has done a poor job and the United States screwed up its pandemic response.

Even if illiberal nationalism continues to prevail in places like Russia, China, Hungary, and Turkey, the peculiar American variant of this disease known as Trumpism has fortunately proven to be an ideological dead-end globally.

Politically speaking, the world will survive the Trumpocalypse. The United States is a different matter.

Trumpism, like COVID-19, has both exposed and amplified the manifold defects of this country, from widespread racial injustice to a failing social safety net. All the world’s a stage, as the Bard once said, and the international community has front row seats to watch, with a mixture of pity and fear, the tragic downfall of the once-great United States.