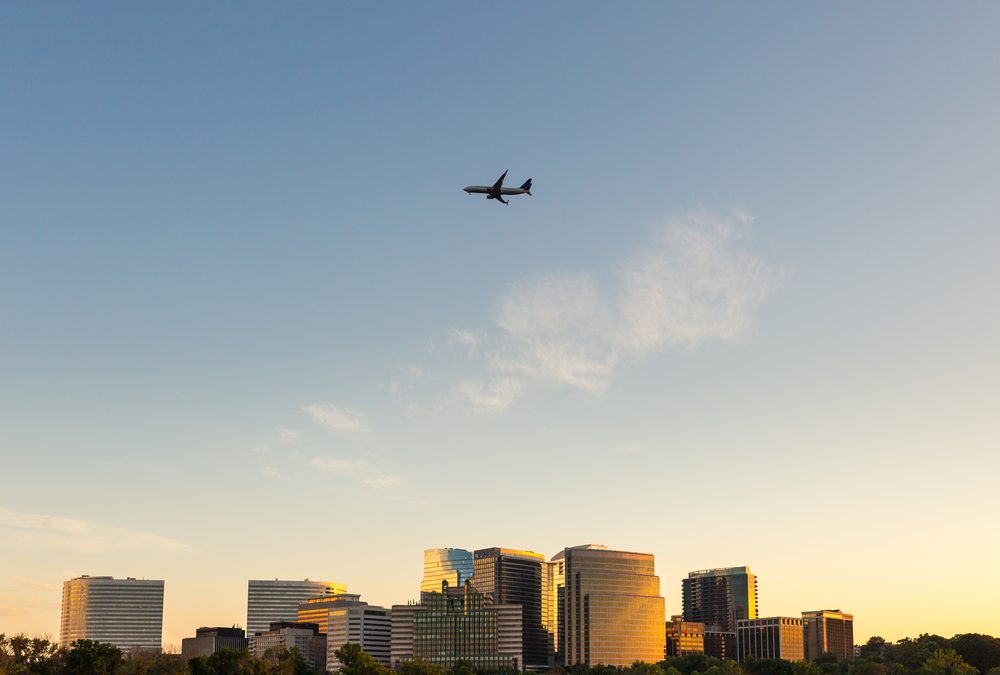 Arlington, Virginia, where many large military contracting offices -- including Lockheed Martin, Northrup Grumman, Boeing, Raytheon, and others -- loom across the Potomac from Washington, D.C. (Shutterstock)

America’s Merchants of Death Then — and Now

More tragedies like Afghanistan will be inevitable until we squeeze the personal profit out of prepping for war.
By Sam Pizzigati | August 25, 2021

We denizens of the 21st century have become somewhat accustomed — inured might be the better word — to the murderous mass violence of modern warfare.

We shouldn’t find that at all surprising. The 20th century that gave most of us birth, after all, rates as the deadliest century in human history. Upwards of 75 million people died in World War II alone. Millions more have died in “little” wars since, including the nearly quarter-million who perished during the 20 years of the U.S. military war in and on Afghanistan.

But for our forebears, back in the early decades of the 20th century, the incredible deadliness of modern warfare came as something of a shock. The carnage of World War I — with its 40 million dead — left people worldwide searching for new international arrangements that could prevent any repeat of modern war’s horror. The Paris Peace Conference of 1919 launched the League of Nations and sparked a series of additional global parleys. The Washington Disarmament Conference of 1922. The Geneva Arms Control Conference of 1925. The Geneva Disarmament Conference of 1927. In 1928, the world’s top nations even signed an agreement that renounced war as an instrument of national policy.

All these steps would prove hopelessly inadequate to the task at hand. By the mid-1930s the world was swimming in a weapons-of-war sea, and people still reeling from World War I — the “Great War” — wanted to know why. In the United States, peace-seekers would “follow the money” to find out. Many of America’s moguls, they soon realized, were getting ever richer off prepping for war. These “merchants of death” — the era’s strikingly vivid label for war profiteers — had a vested interest in perpetuating the sorts of arms races that make wars more likely. America needed, millions of Americans believed, to take the profit out of war.

On Capitol Hill, the Democratic Senate majority set up a special committee to investigate the munitions industry and named a progressive Republican, North Dakota’s Gerald Nye, to chair it. “War and preparation for war,” Nye noted at the panel’s founding in 1934, had precious little to do with either “national honor” or “national defense.” War had become “a matter of profit for the few.”

The tag “merchants of death” has long since disappeared from our American political lexicon. But the problem Nye named remains. Our contemporary corporate moguls are continuing to get rich off the preparations that make wars more likely and massively multiply death counts when the actual shooting starts. America’s longest war — the war in Afghanistan — offers but the latest example.

We won’t know for some time the total haul of our corporate executive class off the Afghan war’s twenty years. But Institute for Policy Studies analysts Brian Wakamo and Sarah Anderson have come up with some initial calculations for three of the top Department of Defense contractors active in Afghanistan over the 2016-2020 years.

The total compensation for the CEOs at these three corporate giants — Fluor, Raytheon, and Boeing — amounted to $236 million.

The overall personal haul for our current-day “merchants of death” from the carnage in Afghanistan? We would need a modern-day special congressional committee to get at that number, partly because many of the enterprises facilitating death and destruction remain privately held and need not release the annual executive pay figures that publicly traded companies must release.

A modern-day, high-profile panel on war profiteering might not be a bad idea. Congressional members of that panel could start their work by reviewing the 1936 conclusions of the Senate’s original “Special Committee on Investigation of the Munitions Industry.”

Munitions companies, that committee found, have exploited “opportunities to intensify the fears of people for their neighbors and have used them to their own profit.” They have ignited and exacerbated arms races by constantly striving to “scare nations into a continued frantic expenditure for the latest improvements in devices of warfare.”

“Wars,” the Senate panel summed up, “rarely have one single cause,” but it runs “against the peace of the world for selfishly interested organizations to be left free to goad and frighten nations into military activity.”

Do these conclusions still hold water for us today, a new special committee could ask, and, if they do, what can we do to remedy the situation?

Some members of the original Senate panel apparently wanted to nationalize what we now call the “defense industry.” That didn’t happen, and today’s complex of military contractors dwarfs the size of the merchants-of-death network that Americans faced back in the 1930s.

Our Pentagon and military, Lindsay Koshgarian of the National Priorities Project points out, currently “take up more than half of the discretionary federal budget each year,” and over half that spending goes to military contractors. Most of these contractors, adds Heidi Peltier, the director of the “20 Years of War” initiative at Boston University’s Pardee Center, essentially operate as monopolies. The excessive profits that status helps them grab are widening America’s core inequality: Lockheed Martin’s executive chair, at last count, is making $30.9 million a year.

In 2020, execs at Lockheed and four other contracting giants — Boeing, Northrop Grumman, Raytheon, and General Dynamics — spent $60 million on lobbying to keep their gravy train going. Over the past two decades, the Center for Responsive Politics reports, the defense industry as a whole has spent $2.5 billion on lobbying “to influence defense policy” and directed another $285 million to political candidates friendly to contracting business as usual.

How can we upset that business as usual? Reducing the size of the military budget can get us started. Contracting out fewer necessary functions — keeping defense work in-house — and reforming the contracting process itself will also be essential.

But executive pay needs to be right at the heart of that reforming. No corporate execs dealing in military matters should have a huge personal stake in ballooning federal spending for war.

Current federal government contracting regulations do limit how much executives can grab directly in salary from the cash their companies pocket for contract work. But corporate execs don’t particularly mind these limits since they get the overwhelming bulk of their total compensation from their stock-based rewards, not their salaries.

Rep. Jan Schakowsky (D-IL) and the Congressional Progressive Caucus have a better approach. Their newly proposed Patriotic Corporations Act would, among numerous other promising provisions, give extra points in contract bidding to firms that pay their top execs no more than 100 times what they pay their most typical workers.

Few defense giants these days come anywhere close to that 100-times ratio. At Raytheon, for instance, the chief exec last year pulled down 193 times the pay of the company’s most typical worker — and that relatively “modest” gap, by U.S. corporate standards, came only after the Raytheon CEO took a temporary Covid-time pay haircut!

Sam Pizzigati co-edits Inequality.org. His latest books include The Case for a Maximum Wage and The Rich Don’t Always Win: The Forgotten Triumph over Plutocracy that Created the American Middle Class, 1900-1970. Follow him at @Too_Much_Online.