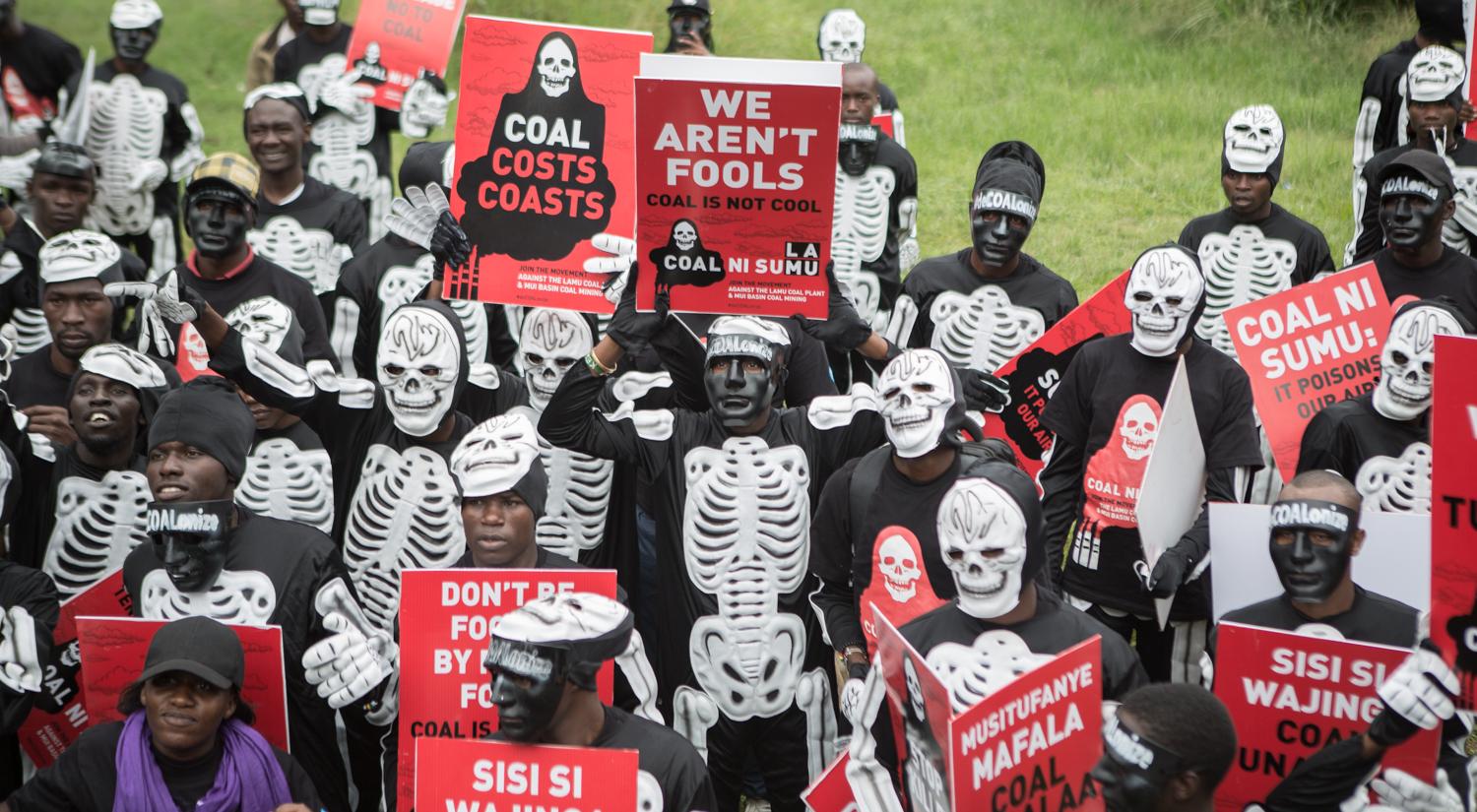 An Inspiring Climate Victory in Kenya

Ahead of global climate talks, activists in Kenya successfully blocked a Chinese-backed coal plant at a world heritage site.
By Anita Plummer | September 4, 2019

As the UN Climate Action Summit approaches on September 23, the official UN site lays out individual actions that people can take to reduce their carbon footprint. But around the world activists are acting collectively as well, with a coordinated global climate strike.

Local collective actions also can inspire hope, as demonstrated by Kenyan activists, who just won a key victory in a years-long campaign against a proposed coal plant on the Kenyan coast.

This summer, Kenya’s National Environment Tribunal issued a landmark ruling that halted the Amu Power Company’s plans to construct a 1050 MW coal plant in Lamu, a World Heritage Site on Kenya’s coast. This victory against the $2 billion project followed years of organizing by local and national environmental groups. It has been hailed by climate activists worldwide for advancing the global campaign to combat fossil fuels.

I interviewed Kenyan activists in June as part of an investigation of China-Kenya relations that began with my dissertation research a decade ago.

Even as China and the United States move away from coal as a dying technology, both continue to promote coal power in developing countries. They often find allies in local elites who are eager to act as partners, despite opposition from public opinion and from energy development experts.

The option for coal in Kenya is particularly questionable, since the country has been a pioneer in the use of renewable energy, including hydropower, geothermal, wind power, and off-grid solar.

Kenya’s Vision 2030, an economic development blueprint, served as the impetus for the Lamu coal plant. The plant was to be part of an infrastructure project called LAPSSET (Lamu Port-South Sudan-Ethiopia Transport), which links three countries. Lamu is already to host an oil refinery, two oil pipelines, and a 32-berth port, on which construction has already begun.

The project is being developed by Amu Power Company, owned by Kenyan private investors. Foreign involvement includes Chinese banks and construction firms, while GE has a contract for so-called “clean-coal” technology. I found strong suspicion among Kenyans that the project is a vehicle for payoffs to special interests. Many believe that government officials stand to benefit at the expense of taxpayers, particularly given 25-year guarantees for purchase of energy by the state-owned power company even if the electricity is not needed.

The LAPSSET plan assumes the long-term viability of fossil fuel industries. But Kenya has been a leader in renewable energy, with geothermal and hydropower now the principal sources of electricity.

The country has the largest wind farm in Africa, and Kenya’s innovative M-Kopa system has brought home solar power to 750,000 households in East Africa. Renewable sources provide 72 percent of the energy consumed in Kenya, compared to only 10 percent in the United States and 13 percent in China. Kenyan and international experts agree that the energy consumption projections on which the government based its plans were overestimated, and that future needs could easily be met without coal.

Lamu residents were initially open to the prospects of job creation, but local residents told me that they did not know one person from Lamu who had gained employment at the LAPSSET project site. When community members realized that they were not being consulted and that their land was being appropriated, they formed Save Lamu. In 2010, Save Lamu joined with Natural Justice, a South Africa–based organization with offices in Nairobi, to initiate consultations in 34 villages and with 40 organizations in Lamu County. This led to the Lamu County Bio-cultural community protocol, an alternative development vision for their community.

In late 2016, a coalition of organizations including Save Lamu, Natural Justice, 350.org, and Greenpeace Africa formed deCOALonize Kenya to challenge development of the coal plant and promote 100 percent renewable energy in Kenya. The group has used social and earned media, direct action, and letter writing to highlight the negative impacts of coal and organize key Kenyan constituencies to challenge regressive energy policies.

Activists, especially women, have also been mobilizing in Mui Basin, designated as the site for new coal mining, although initial supplies would be imported from South Africa. At a community meeting there, a group of 100 residents, mostly farmers, were asked, “What is development to you?” In response, participants stressed the close connections between the environment and sustainable livelihood as well as ancestral and spiritual connections to land.

One woman declared, “The government should help our community add value to the farming that already exists. We want to grow watermelons, not have coal mines.” A Lamu activist reported on a trip to coal mining areas in South Africa, where air pollution has led to severe illness among miners and their families. In the Mui Basin meeting, I sensed that even though people were primarily concerned with immediate threats to their health and livelihoods, their horizons had expanded beyond the local.

The judgment handed down by the National Environmental Tribunal sent a signal to the Kenyan government and to external actors, such as China, that there is power in coordinated and sustained community organizing. Afterward, the Chinese ambassador met with environmental activists and said that China would defer to Kenyan decisions. The U.S. ambassador, however — a Trump appointee — tweeted the day before the ruling that coal was “the cleanest, least costly option.”

Vested interests in Kenya, China, and the United States will likely try to revive the project. But activists plan to keep the momentum going by continuing to engage the Kenyan public, pressure elected officials, build international support, and raise legal challenges. They will be able to build on their victory, which is significant not only for Kenya but for Africa and beyond.

Anita Plummer is Assistant Professor of African Studies at Howard University. She is writing a book on how Chinese engagement has shifted the economic and political landscape in Kenya. For additional links and background, including an interview with Dr. Plummer, visit Africa Focus.