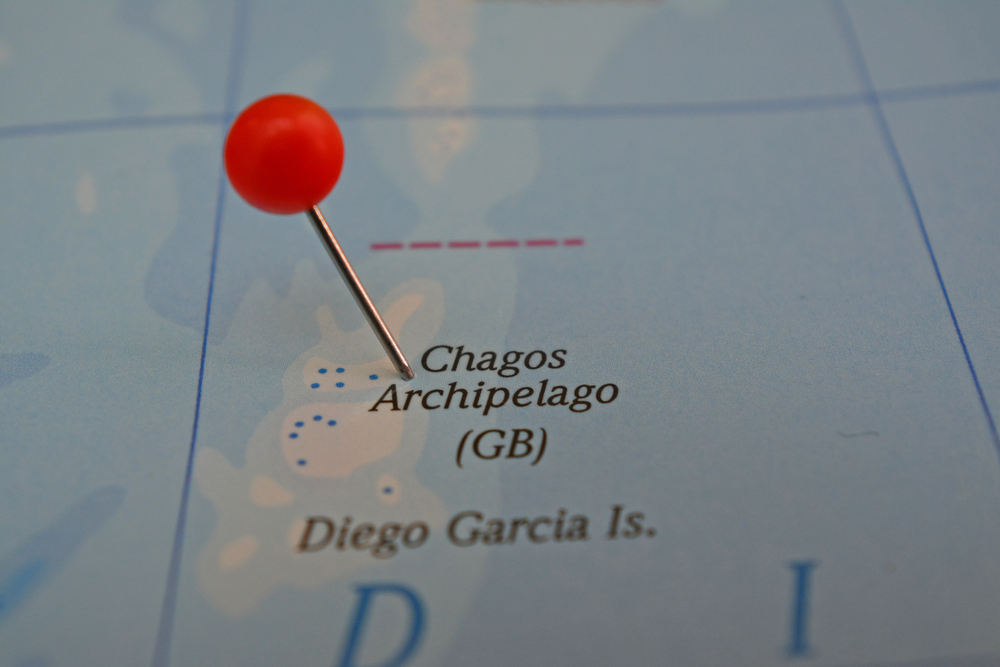 An International Court Is Investigating the U.S. and U.K’s Mass Expulsion of Indigenous Islanders

Long ignored by the media, the people of Chagos struggle relentlessly to reclaim islands that the U.S. and U.K. stole for a military base.
By Patricia Miguel, Ana Marrugo | September 12, 2018

Can you imagine being forced out of your home, your land, shipped to an unknown territory with no job and none of your belongings except the clothes on your back?

That is the story of the Chagossian people. They are the little-known victims of two colonial powers, the UK and the United States, whose governments manipulated diplomatic rules and colluded to remove the Chagossians from their Indian Ocean homeland to create a major U.S. military base on the island of Diego Garcia. The two governments have gotten away with this injustice for the past 50 years despite the Chagossians’ valiant efforts to return home.

For the first time, this month, the International Court of Justice (ICJ) is examining the deportation of the Chagossians and Britain’s 1965 decision to separate the people’s Chagos Archipelago from colonial Mauritius in preparation for the expulsion. The case could have significant implications for the U.S. military, for Mauritius, which is challenging U.K. sovereignty over the British Empire’s last-created colony, as well as for this long-ignored group of refugees.

The Chagossians and their African and Indian ancestors had lived on the beautiful tropical islands of the Chagos Archipelago since the late 18th century. They lived there until the late 1960s and early 1970s, when the U.S. and U.K. governments uprooted them from their homes and separated them from almost all their possessions and their livelihoods. The governments removed the Chagossians to build what has become a major U.S. military base, which has played key roles in the 1991 and 2003 U.S.-led Gulf Wars in Iraq and the U.S. war in Afghanistan.

The case before the ICJ in The Hague has been brought by the former U.K. colony of Mauritius, which is challenging Britain’s decision in 1965 to separate the Chagos Archipelago from Mauritius as Mauritius was gaining its independence. In June 2017, the UN General Assembly ruled overwhelmingly — despite U.K. and U.S. opposition — to send the case to the International Court.

Few people in the United States or elsewhere know the story. Upon learning about the Chagossians, many reply: How is that possible? I can’t believe I haven’t heard about them.

Once we learned what the Chagossians and their supporters do every day to claim their right to return home, we began to wonder why media outlets aren’t speaking about this human rights violation more frequently.

In order to understand the hushed nature of the story, it’s important to look back on how the two governments agreed on the construction of the U.S. military base on Diego Garcia.

In 1965, the U.K. used its colonial power over Mauritius to “exclude” the Chagos Archipelago from the Mauritian territory — disregarding UN conventions. This allowed the British government to keep control over the archipelago. In turn, U.S. officials conspired with their British counterparts to remove approximately 1,500 Chagossians. In a 1971 memo, U.S. Navy Admiral Elmo Zumwalt gave the definitive order that would condemn Chagossians to exile: “Absolutely must go.”

The price tag of this secret negotiation cost the U.S. government $14 million to relocate the Chagossians to Mauritius and the Seychelles. The two governments withheld the Chagossians’ expulsion from Congress, Parliament, the U.N., and the media.

This pattern of keeping the truth about the Chagossian exile in the dark continues today. If the media remains silent, they become accomplices to the crimes these two world powers are committing against the Chagossians.

Let us not overlook our society’s tendency to forget in the face of tragedy. The Chagos Archipelago sits some hundred miles away from the U.K. and some thousand miles away from the U.S., which makes it easy to remove any element of humanity from the exile. This insensitive perspective allows the British bureaucracy to treat them as a minor hindrance and for the U.S. to avoid their responsibility in this crime.

Consider, as well, that the Chagossians have decided to play within the judicial realm of the two governments. But when the rules are dictated by those in power, the outcome is already set. By staying quiet, the media has played into this game of the powerful, a game that dehumanizes those involved. After all, shouldn’t the media be a tool to uncover the injustice and tip the balance in favor of the marginalized?

After 50 years of protests, strikes, and legal battles, some Chagossians have only received: negligible and inadequate compensation, short trips to restore the cemetery where their loved ones rest, and repeated dismissals in court proceedings.

In the U.S., few people know about this crime that their government has been perpetrating for 50 years because the Chagossian struggle has received little media coverage: a feature in 60 Minutes (2003), an article in The Washington Post (2007), a story on NPR (2015), and a handful of op-eds. Are there too few Chagossians for their exile to be considered a tragedy? Is their homeland too far away from the U.S. that they do not deserve massive outrage? Are the colonialist voices more important than the colonized?

It is time for us to think about what is newsworthy in this country. While major media outlets in the U.S. are covering the government’s role in other international affairs, they are ignoring the fact that for the last 50 years the U.S. and the U.K. governments have been the perpetrators of an ongoing human rights violation.

With the case before the International Court of Justice, an opportunity arises for the Chagossians to get justice and for the world to know about the crimes committed against them. A victory for Mauritius would demonstrate the illegitimate nature of U.K.’s sovereignty over the Chagos Archipelago and would offer further proof of the unlawful deal between the British and U.S. governments.

Although the Court’s opinion is non-binding, it is an opportunity for the international community and all of us to show our solidarity with the thousands of displaced Chagossians and take a stand against continuing human rights violations sponsored by modern colonialist practices. Chagossians demand the right to return home. Being silent is not an option in the face of this injustice.

Patricia Miguel has an MA in Public Anthropology from American University, where Ana Marrugo is an MA candidate in the same.