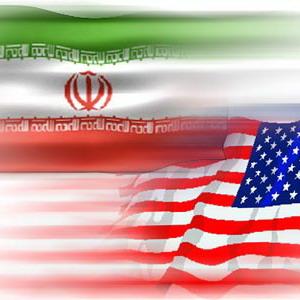 Iran and the United States, beneath their surface conflicts, have important interests in common.
By Richard Javad Heydarian | June 14, 2010

Iran’s nuclear program has become the centerpiece of global security discussions for the last 10 years. It is a main sticking point in the relationship between Iran — a key regional player — and western countries, and it has acquired oversized significance in the international war against extremism. Despite Obama’s promise for change, and greater emphasis on multilateralism and diplomacy, the specter of military confrontation between Iran on the one hand and either Israel or the United States on the other persistently looms over the horizon, even though the probability remains low.

Far from encouraging dialogue and peaceful resolution of the nuclear issue, the recently passed UN resolution against Iran might in fact precipitate a new dangerous round of defiance and confrontation between the west and Iran.

Yet, despite a deep-seated lack of understanding between Iran and the United States, they share many common interests around which there is room for constructive bilateral engagement. Like NATO, Iran wants to see stability on its borders and reduce regional tensions, which have also hurt Iran’s economy in terms of investments and trade. Tehran and Washington should move toward active and full engagement, but that will require both sides to shelve a history of conflict and obstinacy for a more cooperative and constructive future.

From Policeman to Predator

The history of Iran-U.S. relations could not be more intense in drama and impact. It stretches from Truman’s refusal to topple Iran’s democratic institutions and Eisenhower’s Operation Ajax, which restored the absolute monarchy to Reagan’s Iran-Contra affair, to George W. Bush’s threat of “regime change” and Obama’s initial diplomatic overtures.

From the 1950s to 1970s, the United States cultivated Iran — under a pro-U.S. monarch — as the “policeman of the Persian Gulf” and one of its most powerful, modern, and enduring regional allies during the Cold War.

The 1979 Iranian revolution — followed by the hostage crisis and the Iran-Iraq war — kicked off more than three decades of enmity, mutual suspicion, and misperceptions.

In the succeeding decades, Washington used Tehran as a bogeyman to cajole oil-rich Arab countries into embarking on a multi-billion-dollar military build-up. Saudi Arabia would spend tens of billions of dollars on the Al Yamamah military procurement. In 1989, military spending in the UAE and Oman reached more than 40 percent of its GDP, while Qatar topped the world in terms of per-capita military spending. By 2009, UAE became the world’s third largest importer of military hardware.

As arms-supplier profits in the Middle East soared — thanks to the “Iranian threat” narrative — Arab countries were integrated into a regional order, led by the United States and Israel. This dividing of the Arab world from Iran had such an impact over the last decade that the widening gulf began to resemble the Arab-Israeli conflict that dominated the postwar period.

In the 21st century, the neoconservatives emerged as the main architects of a new U.S. foreign policy doctrine that emphasized pre-emptive strike, unilateralism, regime change, and the missionary export of democracy. This development coincided with the acceleration of Iran’s uranium enrichment and the expansion of its civilian nuclear program. With the leakage of a confidential report on Iran’s nuclear program in 2002 and Bush labeling Iran as part of the “Axis of Evil,” Iran was pushed further down a path of isolation. When the Bush administration rejected President Khatami’s overtures and calls for a grand bargain, Iran’s future appeared even gloomier.

Yet, ironically, the U.S. invasion of Afghanistan and Iraq accelerated Iran’s postwar strategic gains. The elimination of its enemies to the east and west — although Saddam was in decline and the Taliban were never a serious conventional military threat — buttressed Iran as a regional power. With the United States bogged down in Iraq and Afghanistan, an emboldened and more secure Iran successfully enhanced and deepened its ties with a regional network of proxies and allies. Ties with Syria improved while Iran’s influence in Lebanon, Iraq, Afghanistan, Palestine, and even Yemen grew in scope and depth.

Iran was now a central player in the region. But it was no longer the U.S.-backed policeman of the Gulf. Nor was it the inheritor of the older Persian imperial tradition. It was the new proud face of what scholars such as Vali Nasr describe as the “Shia revival,” and what U.S. generals, think tanks, and western politicians describe as a rising regional great power.

Religion aside, Iran had become a powerful player in regional relations. On the face of it, it should have played an indispensable role in an international effort to bring about a decisive resolution and foster a long-term management of the troubles NATO allies faced in Afghanistan and Iraq.

Two major obstacles stand between Iran and an eventual and much-needed rapprochement. The first one is the ideological neoconservative argument, espoused by the likes of John Bolton, which characterizes Iran as a suicidal extremist state incapable of adhering to international norms of cooperation, mutual co-existence and — assuming Iran becomes a nuclear power — unrestrained by the immutable and historically tested notion of nuclear deterrence.

The second obstacle is the dual-track approach, espoused by Europeans and “multilateralist” Americans, which emphasizes diplomacy over military solutions. This approach assumes that Iran is a mule offered a carrot in exchange for behavioral compliance and threatened with a stick to make sure it takes the offer.

By being both rational and too self-assured to bend to threats of sanctions, Iran has exposed the misguided foundation of the two dominant positions.

Contrary to the mainstream description of Iran, the Iranian military has a largely defensive posture. Not only does Iran have far lower total military spending compared to regional neighbors Saudi Arabia, Turkey, and Israel, it also lacks the deployment and mobilization capabilities designed for offensive warfare. This is despite the fact that Iran, by some estimates, has the largest economy in the region and the 16th largest in the world.

Moreover, the Iranian regime has not been historically involved in any offensive military operation, except when it pushed back the invading Iraqi forces into southern Iraq. Despite expectations that the Islamic republic would try to spread its revolution across the region, Iran has not been involved in any conventional warfare from 1988 to the present.

Finally, even when Saddam used chemical weapons, Iran didn’t retaliate with weapons of mass destruction (WMD). Additionally, there is no definitive proof that Iran possesses an active chemical-biological WMD program.

Iran has expanded its ballistic missile capabilities and supported proxies in the region — acts of terrorists in the eyes of some and resistance forces in the view of others. But Iranian moves can be understood as an attempt to create an umbrella of non-nuclear deterrence against a prospective Israeli/U.S. invasion, and the networks of U.S. military bases and allies that surround Iran on all sides.

This defensive military posture does not depend on nuclear weapons. There is not sufficient evidence that Iran has decided to move toward nuclear weaponization or whether it has established a decision-making structure around a prospective nuclear arsenal.

In the 1960s, faced with an emerging Chinese bomb, the United States — inspired by realpolitik — chose to put ideological battles aside, avoid conflict with China, and instead rely on the logic of mutual assured destruction (MAD). Speaking of a similar prospect of engagement with a nuclear Iran, former National Security Adviser Zbigniew Brzezinski put it succinctly: “Deterrence has worked in the past, and there’s no reason to assume it wouldn’t work with Iran.”

The Obama administration has tirelessly sought to legitimize its isolation of Iran through heavy sanctions by creating a global coalition around its agenda. But Iran in fact enjoys very amicable, even intimate, ties with BRIC (Brazil, Russia, India, China) nations and other emerging powers, such as Indonesia and Turkey. This has induced the Obama administration to play the diplomatic card even more aggressively. The recent nuclear deal with Tehran brokered by Turkey and Brazil has made it even more difficult for the Obama administration to coordinate the isolation of Iran, for this was tantamount to discrediting the diplomacy of the emerging powers.

The recently passed UN resolution 1929 is substantially watered-down in essence – mainly due to Russian and Chinese pressure – for it does not target Iran’s key economic resources: the oil and gas sectors. In addition, both Brazil and Turkey have voted against the resolution and described it as a “mistake”. The west has not only alienated two emerging powers, Turkey and Brazil, but has also failed to produce a resolution that would discourage Iran from continuing its accelerated nuclear enrichment. In fact, all the west has managed to do is to strengthen the hardliners in Iran who have called for total defiance, non-cooperation and withdrawal from the Non-Proliferation Treaty (NPT).

The Obama administration fails to understand that its dual-track approach has little chances of achieving its stated objectives, since Iran can frustrate sanctions efforts through its ties with non-Western powers that have reinvigorated its energy sector, enhanced its diplomatic leverage and shielded Iran from debilitating isolation.

Instead, what the Obama administration should realize is that Iran is really seeking a comprehensive deal with the United States. In recent discussions between Iran and the United States — together with other Western powers — Iran consistently emphasized the need for negotiations and agreements not only on the nuclear issue, but also on a range of other security and economic interests of Iran in the region.

For instance, Iran seeks the full recognition of its legitimate interests, influence, and status in the region while it seeks a security guarantee from the allies. Additionally, Iran is interested in accession to the World Trade Organization (WTO), assistance with its civilian nuclear program, and even better trade and investment arrangements with the West. If the United States and Europe lift investment, financial, and trade sanctions, Iran would be able to tackle its internal economic woes. Economic issues dominated the last presidential elections. Iran’s canny nuclear diplomacy shows its immense interest in avoiding sanctions that could hurt its economic condition.

So far, the allies have made the resolution of the nuclear standoff a precondition for any future discussion of Iran’s broader interests. This has not encouraged Iran to comply with the demands of western powers.

With its leverage over Hamas, Hezbollah, and Shia forces in Iraq, as well as its virtual control over the Hormuz Strait, Iran is central to regional affairs. Iran’s cooperation with the West is key to at least some semblance of regional stability, as a pre-requisite for a more substantive regional peace.

If Iran and the United States achieve a rapprochement, assuming Israel or others do not sabotage it, the resulting stability could help consolidate democratic movements, institutions, and values in the region. A great obstacle to democratization in the Middle East has been the relentless centralization of power and militarization. A workable arrangement between the two major powers in the region would undoubtedly undercut the prevalence of such regrettable trend.