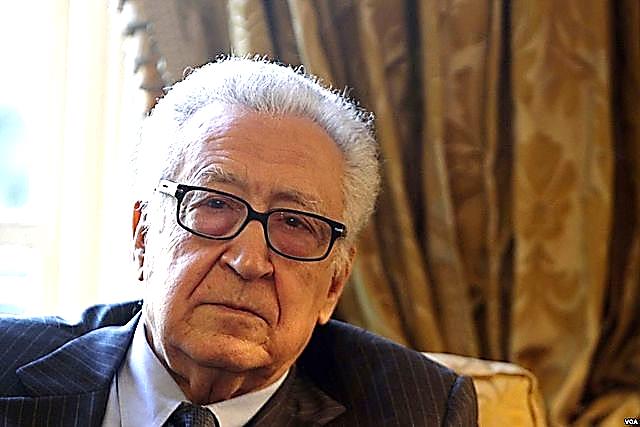 Applying the Lebanese Template to Syria

The 1989 Taif Accord that marked the beginning of the end of the Lebanese Civil War can serve as a model for a resolution to the Syrian conflict.
By Sina Toossi | September 12, 2013

Syria’s devastating civil war is unfortunately nothing new in the Levant. A similar civil war, in fact—marked by sectarianism, the involvement of foreign states, and the loss of tens of thousands of lives—ravaged Syria’s smaller neighbor Lebanon for over 15 years.

Like Syria today, Lebanon unraveled along sectarian lines. The pluralistic composition of the population—composed of Shias, Sunnis, Maronite Christians, Alawites, and many others—set the stage for a free-for-all conflict that nearly led to the disintegration of the country from 1975 to 1990. Massacres from one side followed massacres from another side, as foreign powers such as Israel, Saudi Arabia, the United States, and Iran frequently intervened and provided patronage to differing sides.

Indeed, the commonalities between Syria today and Lebanon just a few decades ago are so rife that a lay person could hardly be blamed for mixing them up.

Once thought to be an endless conflict without hope for a solution, Lebanon’s war eventually came to a peaceful end. How? Hint: it involved negotiations, not more bombs.

The 1989 Taif Accord that marked the beginning of the end of the Lebanese Civil War can serve as a model for how to approach a resolution to the current conflict in Syria. Negotiated in October 1989 in the Saudi mountain resort town of Taif, the agreement aimed at a fairer balance of power between the various communities in Lebanon, and was premised on the idea of power-sharing.

Convened by the Arab League with the blessing of the United States and Syria (a major player in the conflict), Taif saw 58 of Lebanon’s leading players come to the same table and talk for over three weeks. The final agreement, the Charter of National Reconciliation, saw a more equitable and even distribution of political power among the country’s various sects and ethnic groups. It led to the disarming of most militias and a cease to major hostilities.

Similar to Syria, the Lebanese Civil War was also a proxy conflict between the major world and regional powers of the day. As such, international support was integral to the Taif Agreement’s success and came in the form of a UN Security Council Statement on October 31st, 1989.

Of most significance is that no key actors were excluded from this process. Iran, Israel, Syria, and Saudi Arabia were all in one way or another involved in the resolution to the conflict. This is a key takeaway that those calling for excluding Iran from the Geneva II negotiations over Syria should consider.

The architect of the Taif Accord, veteran diplomat Lakhdar Brahimi, has been hard at work for some time now trying to bring about a similar solution to the Syrian conflict. In light of the lessons of the Lebanese Civil War, it is clear that Brahimi’s task can only be achieved if an inclusive political process is promoted. A U.S. strike at this time will only serve to upset the power distribution in the conflict and make efforts aimed at reaching a political solution exponentially more difficult.

The Obama administration has provided the public with a false choice between war and doing nothing when in fact history shows us that the only feasible and rational option in Syria is diplomacy.

The only solution for Syria is a political solution. Now that a congressional vote on launching a military strike has been postponed, efforts should be made to focus on ways to enhance the tiny area where the interests of the government and opposition in Syria currently intersect. Only through cooperation and concessions from moderate elements on both sides can a solution come about in Syria that sees a viable and lasting peace brought to the country.