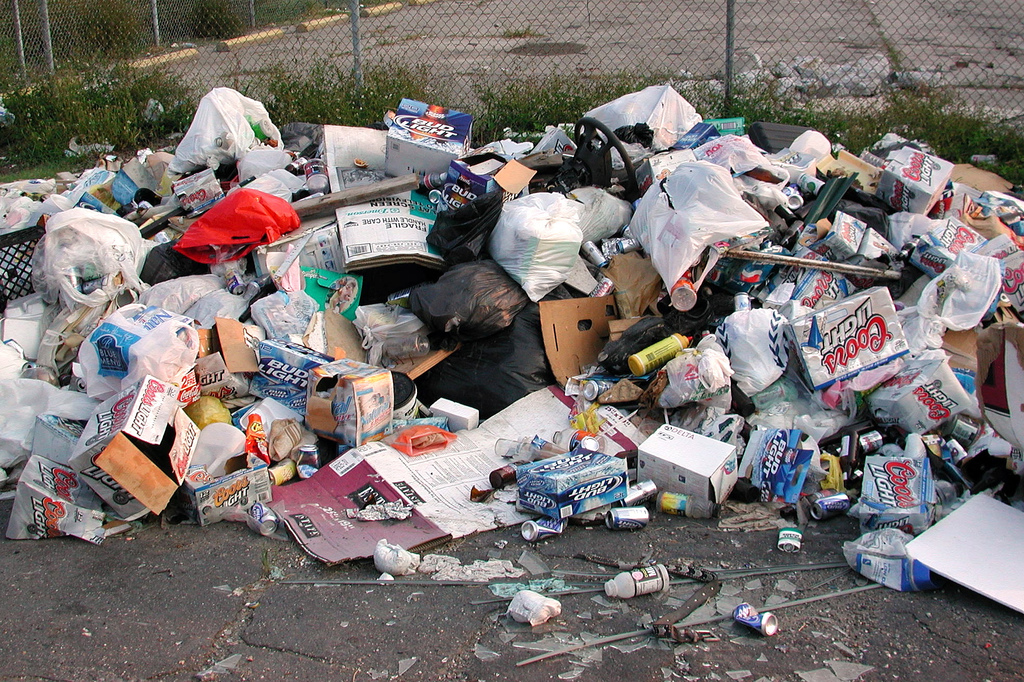 From Saudi Arabia funding Islamophobic attacks on Muslim congresswomen to Israel arming anti-Semitic militias, we look at some of the more fascinating boondoggles from 2018.
By Conn Hallinan | January 3, 2019

Each year Foreign Policy In Focus columnist Conn Hallinan gives awards to individuals, companies, and governments that make reading the news a daily adventure. Here are the awards for 2018

The Golden Sprocket Wrench Award goes to Lockheed Martin, the world’s largest arms manufacturer, for its F-22 Raptor Stealth fighter, a fifth-generation interceptor said to be the best in the world.

That is when it works, which isn’t often.

When Hurricane Michael swept through Florida this fall, 17 Raptors — $339 million apiece — were destroyed or badly damaged. How come the Air Force didn’t fly those F-22s out of harm’s way? Because the Raptor is a “hanger queen”— it loves the machine shop. Less than 50 percent of the F-22 fleet is functional at any given moment. The planes couldn’t fly, so they got trashed at a cost to taxpayers of around $5 billion.

Lockheed Martin also gets an Oak Leaf Cluster for its F-35 Lightning II fighter, at $1.5 trillion the most expensive weapon system in U.S. history. Some 200 F-35s aren’t considered “combat capable,” and may never be, because the Pentagon would rather buy new planes than fix the ones it has. That may cost taxpayers $40 billion.

The F-22s and F-35s also have problems with their oxygen systems, but no one can figure out why.

However, both planes did get into combat. According to Vice Admiral Scott Stearney, the F-35 achieved “tactical supremacy” over the Taliban (which doesn’t have an air force). The F-22, the most sophisticated stealth fighter in the world, took on Afghan drug dealers.

As for Lockheed Martin, the company was just awarded an extra $7 billion for F-22 “sustainment.”

The Golden Parenting Award goes to the U.S. State Department, for trying to water down a resolution by the UN’s World Health Assembly encouraging breastfeeding over infant formula.

In contrast, infant formula — a $70 billion industry dominated by a few American and European companies — is expensive and not nearly as healthy for children as breast milk.

When Ecuador tried to introduce the breastfeeding resolution, the U.S. threatened it with aid cuts and trade barriers. Several other Latin American countries were also threatened and quickly withdrew their names from a list of endorsers. Finally, Russia stepped in and introduced the resolution.

The measure finally passed, but the U.S. successfully lobbied to remove language urging the World Health Organization to challenge “inappropriate promotion of foods for infants and young children.”

The Golden Cuisine Award goes to Ron Colburn, president of the U.S. Border Patrol Foundation, who told Fox & Friends that the tear gas used on migrants at the U.S. border was not harmful, because pepper spray was such a “natural” product that “you could actually put on your nachos and eat it.”

The Marie Antoinette Award has two winners this year:

* Nikki Haley, retiring U.S. ambassador to the UN, who blasted Senator Bernie Sanders (I-Vt) for supporting the UN’s special rapporteur report on poverty in the United States, who found that tens of millions of Americans suffer “massive levels of deprivation.” In a letter to Sanders, Haley said it was “patently ridiculous” for the UN to even look at poverty in the United States, because it is “the wealthiest and freest country in the world.”

In a response, Sanders pointed out that while this country is indeed the wealthiest in the world, it is also one of the most unequal. “Some 40 million people still live in poverty, more than 30 million have no health insurance, over half of older workers have no retirement savings, 140 million Americans are struggling to pay for basic living expenses, 40 percent of Americans cannot afford a $400 emergency, and millions of Americans are leaving school deeply in debt.”

* U.S. Secretary of the Treasury Steven Mnuchin, who expressed surprise that the people attending the World Economic Forum in the resort town of Davos, Switzerland were considered elite. “I didn’t realize it was the global elite.”

Basic membership in the forum costs more than $70,000, and getting to the event by helicopter or car is expensive, as are accommodations. There also numerous glittering parties hosted by celebrities like Bono and Leonardo DiCaprio. (But those parties can have a sharp edge: one had attendees crawl on their hands and knees to feel what’s like to flee an army.)

The Danish parliament has designated 25 “ghetto” areas — Denmark’s term — which Muslim immigrants are crowded into. Families living in “ghettos” must send their children — starting at age 1 — to schools for 25 hours a week, where they’re taught about Christmas, Easter, and the Danish language. Failure to do so can result in a welfare cutoff.

Proposals are also being considered to double prison sentences for anyone from a “ghetto” convicted of a crime, and a four year prison sentence for parents who send their children back to their home countries to learn about their cultures.

The neo-fascist People’s Party, part of the governing coalition, also proposed forcing all “ghetto” children to wear electronic ankle bracelets and be confined to their homes after 8 PM. The measure was tabled.

* The British Home Office, which, according to a report by the House of Lords, is using children for undercover operations against drug dealers, terrorists, and criminal gangs. “We are concerned that enabling a young person to participate in covert activity for an extended period of time may expose them to increased risk in their mental and physical welfare,” the Lord’s report concluded.

* The U.S. Environmental Protection Agency for placing Dr. Ruth Etzel, head of Children’s Health Protection, on administrative leave and derailing programs aimed at reducing children’s exposure to lead, pesticides, mercury, and smog. Etzel was pressing to tighten up regulations because children are more sensitive to pollutants than adults. A leader in children’s environmental health for more than 30 years, Etzel was asked for her badge, cell phone, and keys and put on administrative leave.

The Gang That Couldn’t Shoot Straight Award goes to arms maker Raytheon (with a tip of the hat to contributors Northup Grumman and Lockheed Martin) for its Patriot anti-missile that has downed exactly one missile in 28 years of use (and that was a clunky old Scud).

An analysis of the missile interceptor system by Jeffrey Lewis of the Middlebury Institute of International Studies in Monterey, California, concluded that Patriot is “a lemon.” Writing in Foreign Policy, Lewis says, “I am deeply skeptical that Patriot has ever intercepted a long-range ballistic missile in combat.”

The Golden “Say What?” Award has three winners:

*The U.S. Department of Defense for cutting a deal in the Yemen civil war to allow al-Qaeda members — the organization that brought us the September 11 attacks — to join with the Saudis and United Arab Emirates (UAE) in their fight against the Houthis.

According to Associated Press, while the Saudis claim that their forces are driving al-Qaeda out of cities, in fact, the terrorist organization’s members were allowed to leave with their weapons and looted cash.

U.S. drones gave them free passage. Why, you may ask? Because the Saudi coalition says the Houthis are supported by Iran.

* Saudi Arabia and the UAE for bankrolling a series of racist and Islamophobic attacks on newly elected Muslim Congress members Ilhan Omar (D-Minnesota) and Rashid Tlaib (D-Michigan) because the Gulf monarchies accuse both of being members of the Muslim Brotherhood. Neither is, but both are critical of the absolute monarchs of the Persian Gulf and are opposed to the Saudi-instigated war in Yemen.

* Israel, for selling weapons to the racist and anti-Semitic Azov Battalion in the Ukraine. On its YouTube channel, members of the militia showed off Israeli Tavor rifles, the primary weapon of the Israeli Special Forces. The Tavor is produced under license by the Israel Weapons Industries. The unit’s commander and Ukraine’s Interior Minister, Arsen Avakov, met with Israel’s Interior Minister Aryeh Deri last year to discuss “fruitful cooperation.”

Azov’s founder, Anriy Biletsky, now a Ukrainian parliament member, says his mission is “to restore the honor of the white race,” and lead “a crusade against the Semite-led untermenschen.”

The Blue Meanie Award goes to U.S. Secretary of State Mike Pompeo for blocking medical supplies to North Korea. Drugs to fight malaria and tuberculosis have been held up, as have surgical equipment and soy milk for child care centers and orphanages.

According to the UN, sanctions “are not intended to have adverse humanitarian consequences for the civilian population” of North Korea. The U.S. position has come in for criticism by Sweden, France, Britain, Canada, and the International Red Cross.

The Little Bo Peep Award goes to the Pentagon for its recent audit indicating that some $21 trillion (yes, that is a “t”) is unaccounted for. Sharing this honor is the U.S. Air Force for losing a box of grenades, which apparently fell off a Humvee in North Dakota. The Air Forces says the weapons won’t go off without a special launcher. Right. What can possibly go wrong with grenades?

In Memory of Dr. Victor Sidel, a founding member of the Physicians for Social Responsibility and the Nobel Prize winning International Physicians for the Prevention of Nuclear War. Sidel, along with Dr. Barry S. Levy, wrote several important books, including War and Public Health, and Social Justice and Public Health. In 1986 he was arrested, along with astronomer Carl Sagan, at the Mercury, Nevada nuclear test site. He once said, “The cost of one-half day of world arms spending could pay for the full immunization of all the children of the world against the common infectious diseases.”