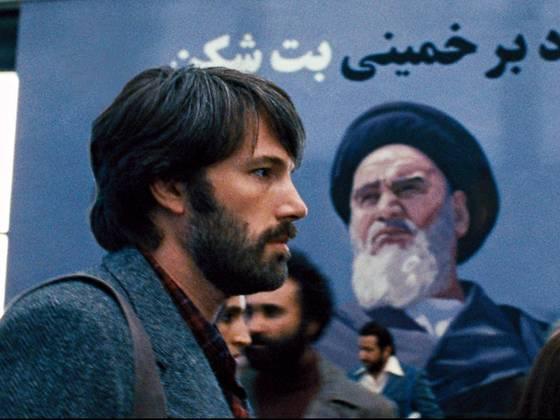 While well-intentioned, "Argo" falls into the common Hollywood trap of making Muslims into a monolithic Green Menace.
By Fouad Pervez | December 6, 2012 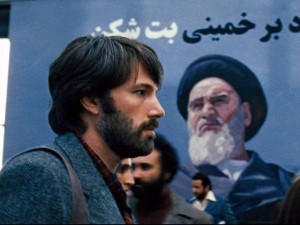 Surely, I thought, the critically acclaimed Argo would be an intelligent film. Directed by noted progressive Ben Affleck, I had high hopes that the film would tackle complex subject matter in a responsible and nuanced way. But while well-intentioned, Argo failed to deliver, falling into the common Hollywood trap of making Muslims into a monolithic Green Menace.

The film, which tells the story of how six Americans who escaped the embassy were rescued, begins well enough, providing a brief overview of the events that preceded the Iranian revolution and even featuring CIA officers musing on the brutality of the deposed Shah. However, the overview is quite short considering how many major events precipitated the revolt and how little attention this period has received in American media.

Indeed, Argo reduces a century of Western antagonism of Iran—from exploiting its oil to overthrowing its democratic regime and supporting a tyrannical leader—to a few minutes at the most. It does note that the U.S.-backed Shah’s regime routinely tortured dissidents, but it uses cartoons to illustrate this, dampening the effect substantially. More troublingly, by juxtaposing mentions of the Shah’s attempts to “Westernize” Iran (minus freedom, rights, and democracy, of course) with shots of irate protesters outside the American embassy in Tehran, Argo gives the impression that the protestors were there because the Shah wanted to force them to wear blue jeans—not because of torture, dictatorship, repression, or widespread inequality and poverty. This is massively misleading, feeding into a cultural explanation for the revolution that ignores the obvious political dimensions.

Moreover, nearly every Iranian featured in the film is angry, screaming, or in a mob. It reduces a diverse revolutionary coalition—which included liberal, secular, and Marxist elements alongside Islamists—into a monolithic group of fanatics who become enraged anytime they come across anything or anyone Western—even Canadians! In reality, by the time the embassy was seized, power jockeying among revolutionary factions was in full effect, with Khomeini’s Islamists violently sidelining their rivals. Argo instead leads the casual viewer to think that the seemingly fanatic crowd outside the embassy was representative of Iran overall, which it most certainly was not. The only Iranians in the movie who do not seem to be from Khomeini’s faction are incompetent bureaucrats.

It may seem unfair to expect Argo, which supposedly concerns itself with a narrower search-and-rescue story, to address more complex political realities. But the sense of urgency underpinning this storyline relies in no small part on the film’s near-monolithic (and unsubtle) portrayal of Iranians as angry religious fanatics. By the end, you have no recollection of the limited introductory context explaining the Iranian anger against America. You are simply cheering for the Americans over the evil Iranians.

Hollywood does injustice to many minority groups, but how many of those groups are we currently bombing? How many of those groups are constant targets for future wars? The Argo narrative is particularly dangerous considering the current debate over Iran. Most experts believe Iran is nowhere near developing nuclear weapons and hasn’t even decided to begin, yet U.S. media portrayals routinely obscure this fact. This suggests that identity—which determines whether Americans think they can trust or understand Iran—will undoubtedly play a key role in whether the public backs an attack on Iran.

The mainstream press has done a woeful job explaining the history between Iran and the United States—not surprising, given its propensity to disproportionately air radical anti-Muslim views. At a time when Islamophobia is thriving, cultural diplomacy is critical—not necessarily to advocate positions, but simply provide facts and context. There are dangerous downstream consequences of failing to do so, such as the rise in hate crimes against Muslims, including a recent brutal attack on a 72 year-old.

Movies like Argo have a great opportunity to fill some of this gap, at least by differentiating between Iranians and their government. They could make Americans think more seriously about starting a war against a people who have not been in control of their government since the early 1950s, especially if Americans are made to understand that their own government has played no small part in this fact. But by making Iranians into a monolithic group of angry religious fanatics—in effect, easy villains—Argo fails abjectly.

Fouad PervezFouad Pervez is a contributor to Foreign Policy in Focus, where he writes on international politics, economics, and security. He is currently pursuing his PhD in International Relations. Fouad is a writer and policy analyst, and founded the blog and talk show There is No Spoon. He can be reached at fouad0@gmail.com.