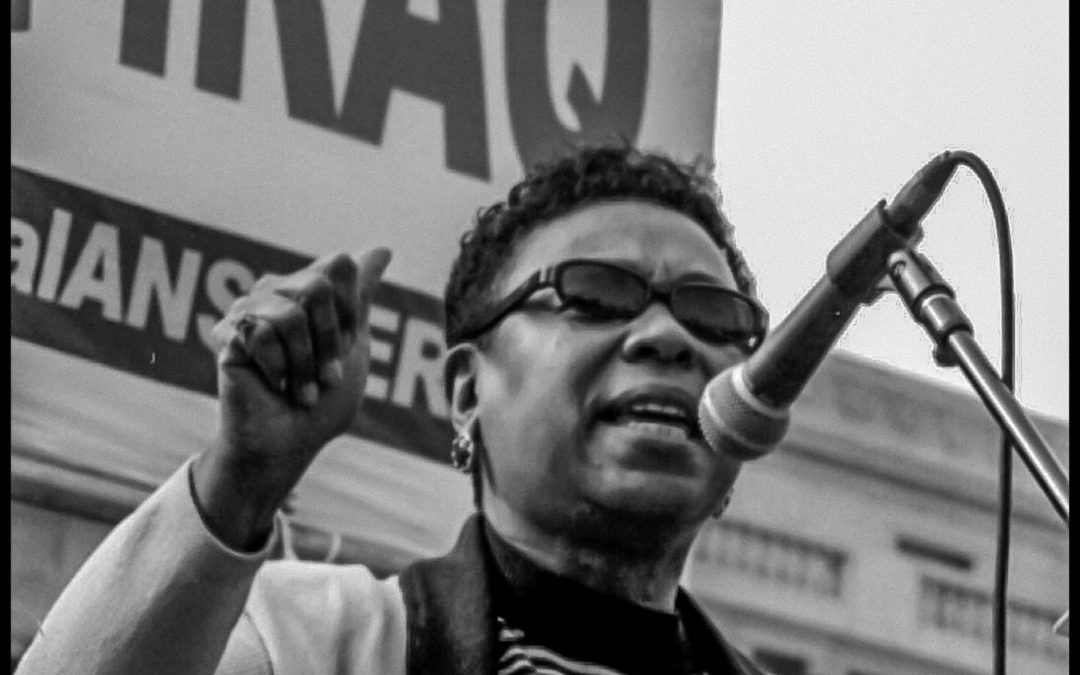 At the End of this Hated War, We Need Truth

The U.S. troop withdrawal from Afghanistan should force a reckoning with a long history of military intervention.
By David Bacon | August 30, 2021

Many in the U.S. media continue to credit the good intentions of the U.S. war in Afghanistan, while belaboring its failure over 20 years to achieve any of them.  But to say that the United States wanted a progressive, liberal democratic, and secular government in Afghanistan can only be believed by those who refuse to remember what Washington did when Kabul actually had one.

In the days following the attacks on September 11, the United States was called on to declare war against an enemy those in Congress who voted for it couldn’t even name.  Policymakers asked American citizens to sacrifice civil liberties for security and give the military money that was so desperately needed to solve the country’s social problems.

Congress did those things with only one dissenting vote: Barbara Lee’s. Now it’s time to look at historical truth, to understand how the United States got this 20-year war, with its ignominious end at the Kabul airport, and how the overarching framework of U.S. policy was responsible for creating it.

Other countries facing similar traumatic changes wrenching them from the past have pioneered a way to examine their own history. El Salvador, Guatemala, South Africa, and elsewhere established truth commissions to probe into and acknowledge each country’s real history.  Such public acknowledgement is a necessary step towards change.

The United States is no stranger to this process. After the end of the Vietnam War (or the American War, as the Vietnamese call it), Senator Frank Church held watershed hearings that brought some of the Cold War’s ghosts to public attention. But the process was cut short, the policies responsible for Cold War atrocities never fully questioned, and as a result, the ghosts were never laid to rest. Those ghosts still haunt the United States, and in Afghanistan hundreds of thousands died for them.

The massive social upheaval at home following the Vietnam War— and the deaths of over a million Vietnamese and 40,000 US soldiers—forced Senator Church’s examination. Before the people of this and other countries pay a similar price in yet another war, the United States need to reexamine that history.

The roots of the terrorist attacks in New York and Washington lie in the Cold War.  Without truly ending it and untangling its consequences, there will be no security for us.

The groups accused of responsibility for the attacks of September, which set off the most recent Afghan war, have roots in the forces assembled in Afghanistan to fight the Soviet Union. That much, at least, has become openly discussed. But why did Washington seek to bring these forces together, including Osama bin Laden, then an upper-class Saudi youth?

In the 1970s, a moderately reformist government came to power in Afghanistan, a leftwing populist movement seeking to democratize Afghan society. It mounted literacy campaigns and built schools and clinics in rural areas. It sought to end restrictions on women in education and employment, and discouraged the use of the purdah, a practice that separated men from women and veiled the latter. It talked, although often little more than that, about land reform.

That was enough to earn it the enmity of traditional elements of Afghan society, which began organizing armed attacks on government officials, literacy workers, and people associated with the values the government promoted. Perhaps in another era, Afghans themselves might have resolved those internal conflicts. The forces of right-wing religious extremism might not have come out the better for it.

But Afghanistan’s common border and friendly relationship with the Soviet Union made it an attractive target for Cold War destabilization. British and U.S. intelligence agencies funneled money through the Pakistani intelligence service to groups opposing the government. When real civil conflict broke out, the Afghan government appealed for Soviet military help, and the war was on.

From that point forward, the United States spent more money building training camps for the fundamentalist forces and supplying them guns and missiles than it spent in the contra war in Nicaragua and the counterinsurgency in El Salvador combined. U.S. intelligence services dreamed of extending that war into Soviet Central Asia itself. After the fall of the Soviet Union, the conflict did in fact spread north.

Those who wanted a secular Afghanistan, social progress, and justice for its citizens were murdered or driven into exile or silence. Meanwhile, military leaders bent on using Soviet troops to pursue their side of the civil war replaced reformers.

U.S. aid fueled a philosophical movement that combined conservative religious doctrine with nationalism. Having defeated the Soviets in Afghanistan, this movement eventually turned against the United States, as people that U.S. intelligence agencies previously considered “assets” began using weapons originally supplied by the U.S. government. This effort was fueled by the huge U.S. military presence in the Mideast and the oil interests it protects, its support for Israel, and the sanctions and subsequent war against Iraq.

What questions, then, would a truth commission ask, arising from the current tragedy of Afghanistan?

Was a policy bent on destabilizing the Soviet Union sufficient justification for the U.S. decision to support a war against a government that shared more professed U.S. values than the mujahideen that Washington financed? Will the national security advisors who made that decision now answer for its consequences?

In a supposedly post-Cold War world, the military interventions that characterized Cold War policy are far from over. This policy was basically unchanged in Yugoslavia, Iraq, Eastern Europe, Cuba, Vietnam, Korea, Colombia and elsewhere.

And behind the soldiers and the guns, whose interests are being defended?  Are we supporting those in other countries seeking social equality and social justice, or those fighting against them?

For the countries which have served as battlegrounds, like El Salvador, Vietnam, Yugoslavia, Iraq, and Afghanistan itself, what must be done to repair the damage of those decades and help create stable societies that function for the benefit of the vast majority of their citizens?

The United States could help to rebuild Afghanistan, after having bombed the country back to the stone age (to use the old Cold War idiom). Instead, it is now washing its hands of the situation and leaving. Similarly, Washington could end support for free-market policies that impose poverty on millions of people. But it shows no signs of shifting course. As such, both Democratic and Republican governments are set to continue the Cold War’s history of military intervention, with all the destruction and economic inequality that they entail.

David Bacon is author of Illegal People—How Globalization Creates Migration and Criminalizes Immigrants (2008), and The Right to Stay Home (2013), both from Beacon Press. His latest book is In the Fields of the North / En los campos del norte, University of California Press, Colegio de la Frontera Norte, 2017. This article is based on a presentation given to a webinar organized by Global Exchange and the California Trade Justice Coalition, an affiliate of the Citizens Trade Campaign.