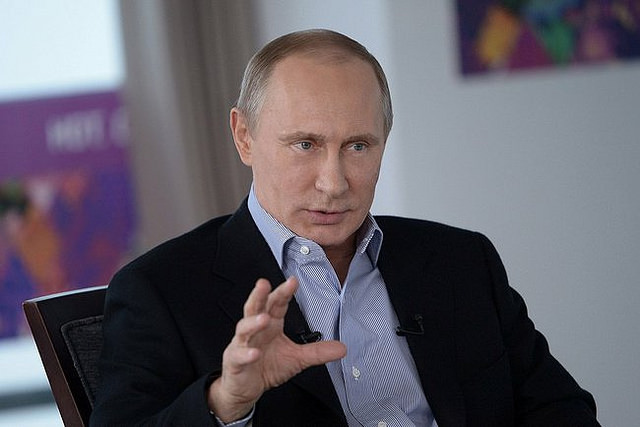 In the post-Cold War era, the right and even some on the left are playing a new game of "Who's your favorite dictator?"
By John Feffer | May 27, 2015

In the bad old days of the Cold War, the left and the right used to play a nasty game called “Who’s Your Favorite Dictator?”

Right-wing ideologues supported authoritarian leaders like Augusto Pinochet of Chile while left-wing ideologues rhapsodized over Communist leaders like Fidel Castro of Cuba. One side embraced the shah of Iran and Ferdinand Marcos of the Philippines as “our bastards” and the other side stood up for Brezhnev or Mao or Mugabe as “men of the people.”

Many people on both sides of the political spectrum refused to play this game, particularly those who prioritized human rights over what passed for realpolitik. And it wasn’t exactly a balanced tug-of-war, since the right frequently had the U.S. government pulling from the rear. But the game continued nonetheless, with both sides tying themselves into knots trying to square their support of dictators with other professed values such as democracy, self-determination, and the like.

Even when the Cold War ended and scrambled the political spectrum, this game endured.

For instance, many right wingers are delighted with the royal family in Bahrain or the House of Saud, for these are key U.S. allies in the Middle East (though some neoconservative outliers would like to see U.S. democracy promotion efforts sweep away these sheikhdoms). And if you dig hard enough, you’ll find some dinosaurs on the left who dream of Stalin’s return or continue to champion the anti-colonial credentials of an aging African revolutionary-turned-despot.

But the terms of the game have changed. The players could once be identified by their systemic ideologies — a preference for the unfettered market, for instance, or an embrace of some form of collectivism. But the free market is now everywhere, and Communism is basically nowhere (not even in China or Cuba).

So, when someone sticks up for Vladimir Putin or Abdel Fattah el-Sisi or Bashar al-Assad, they use a different set of arguments. Authoritarian symps on the right worry that their favorite autocrats will be replaced by anti-Western zealots. Those on the left, meanwhile, reach for the last arrow in their quiver: anti-imperialism.

What’s truly remarkable about the post-Cold War version of the old game, however, is that sometimes authoritarian symps on the left and the right end up supporting the same dictator.

Outside of a core band of supporters inside Syria and some instrumental support from Russia and Iran, Bashar al-Assad has a pretty weak fan base. He’s a colorless dictator with no particular ideology beyond regime maintenance and personal survival. Like many of his ilk, he’s orchestrated elections to give his presidency a democratic veneer.

He has only one argument that convinces people both inside and outside his country of his worthiness: après moi, le deluge. This deluge, the waters of which have already spread across parts of the country, could come in different forms: al-Qaeda, the Islamic State, the newly formed Army of Conquest, etc.

For this reason, it’s no surprise that Assad has the support of Iran (fearful of Sunni militancy), Russia (fearful of Islamic militancy), and some Kissinger acolytes (fearful of any militancy but also chaos more generally) in the United States.

Assad also comes out of a particular political milieu — the Baathist tradition — that has more than a tinge of fascism to its makeup. It’s no surprise then that neo-fascists in Europe and the United States — the National Front in France, the British National Party, Golden Dawn and Black Lily in Greece, David Duke in the United States — support the man. They think Assad is standing up to the unholy trinity of Zionists, radical Islam, and the United States.

What is surprising, however, are the leftists who are attracted to Assad. And they support Assad for basically the same reasons: his willingness to stand up to the United States and other world powers. As one commenter on my last World Beat column argued, “Thank God, Syria has a young, intelligent and dynamic leader. Without him, the country and its institutions would have collapse [sic] under the compounded attacks from Turkey, Saudi Arabia, Qatar, Israel and the underhanded USA.”

The argument could be made that Syria is only on the verge of collapse because of Assad and his refusal to make a deal with his initially non-violent opposition. But I’m more interested in the anti-imperial argument.

Assad is not interested in standing up to the United States — or to Israel, for that matter. He’d make an accommodation with both countries if it meant that he could remain in power — just as his father made deals with both Israel and the United States, such as the 1974 disengagement agreement. Syria’s current leader would welcome an all-in fight against the Islamic State.

Because his anti-imperial allegiances are so flimsy, Assad hasn’t attracted huge enthusiasm on the left. Not so for Russia’s Putin, who has a much more visible fan club.

In Praise of Putinism

When the Nazis pressed Stalin’s back against the wall of the Kremlin in World War II, the Soviet leader fought back with a famous speech on November 7. It was the 24th anniversary of the Bolshevik Revolution, so Stalin made the requisite references to the “banner of Lenin.” But he knew that the revolutionary fervor of Russians was by that point weak at best. He relied on a more tried-and-true tactic: an appeal to defend the Motherland and a lineage of imperial leaders like Alexander Nevsky and Dmitry Donskoi. With German soldiers at the very gates of the city, Stalin fell back on Russian nationalism.

Vladimir Putin is no Stalin, but he’s resorted to a similar ploy.

Putin is a product of the Soviet system, a KGB operative from long back who was stationed in East Germany in 1989 and helped destroy Soviet intelligence material to keep it out of the hands of demonstrators. Putin has carefully risen through the new post-Soviet system, cultivating elite contacts in politics and the business world. His appeal inside Russia stems from the long-standing attraction many Russians have for “iron fist” politics, the lucky circumstance that his political rise coincided with a spike in oil and gas prices, and a popular and legitimate grievance that the international community has treated Russia as a loser.

When Putin argues in favor of incorporating Crimea or the creation of Novorossiya encompassing parts of eastern Ukraine, he doesn’t talk about a resurrected Soviet Union. He couches his phrases in traditional Russian nationalism: the glories of Russian history, the importance of Russian language and culture. He’s set his sights lower, nationalist rather than internationalist. The Soviet era, meanwhile, becomes only one part of the grand historical procession from tsars to commissars to TV stars, culminating in Putin himself.

Putin has deeply conservative instincts. The European far right supports him for the same reason they approve of Assad. He is a bulwark against Islam. On top of that, he has no enthusiasm for the European Union. Little in his project should appeal to the left. And yet, because of a misconception that Putin is somehow balancing American hegemony, some elements of the left have rallied around him.

But Putin is miscast as an anti-imperialist. He doesn’t care about the extension of U.S. power in the world except where it constrains his own ambitions, which are limited to the Russian near abroad and a few locations beyond (such as a military base in Syria).

“For the American left, of course for them only American imperialism exists, yes? I can’t understand it,” left-wing Russian activist Ilya Budraitkis complained to Charles Davis in Salon. “In Russia, there are a lot of leftists who also believe that Russia is the main evil in the world, it’s a reactionary empire, and it should be destroyed. Or, at the same time, you have a lot of leftists who believe somehow Russia is resisting American imperialism [and] who support these ‘republics’ in the East of Ukraine.”

As Budraitkis points out, imperialism can come in a variety of flavors, not just American vanilla.

An Axis of Illiberalism

In a recent piece at TomDispatch, I argue that a new kind of political hybrid has emerged as the dominant player in the global arena: market authoritarianism.

It’s what I call “despotism with a corporate face and cosmetic democracy,” and you can find it in Putin’s Russia, Xi’s China, Orban’s Hungary, Erdogan’s Turkey, and al-Sisi’s Egypt, among other places. “A new axis of illiberalism might one day connect Beijing to Moscow, Hungary, and possibly beyond like a new trans-Siberian express,” I write.

Aligned with this unharmonic convergence toward illiberalism, the authoritarian symps and their assorted fellow travelers welcome how virile and decisive the new despots are: Putin without a shirt, Xi creating a new global financial infrastructure seemingly ex nihilo, Assad crushing Islamic State insurgents (along with so many others). No messy democracy for them or the niceties of human rights observance. They too secretly pine for the “iron fist” even if it what they explicitly denounce is the iron fist of others (Obama, Netanyahu, Petro Poroshenko, and so on). The authoritarian symps desperately crave a “bastard” of their own.

In the decades following the end of the Cold War, many of those who advocated for U.S. military intervention overseas couched their justifications in the language of human rights. This became the “humanitarian intervention” school. After the failures of Iraq, Libya, Afghanistan, Somalia, and others — which became and continue to be humanitarian disasters — this school has lost most of its disciples (for instance, see David Rieff’s cogent critique).

We should be equally wary of the flip side: the non-humanitarian non-interventionists. These are the authoritarian symps, the ones who avert their eyes from human rights and humanitarian disasters on the assumption that the West (United States, Europe) is impossibly compromised by its past (colonialism, war, empire). By all means we should critique the politics, past and present, of the Western powers. And we should praise efforts to avoid wars and end historic animosities with Iran, Cuba, Russia, and other countries. But that doesn’t absolve Putin, Castro, Khamenei, Assad, and others from their violation of international norms.

Above all, we should beware the siren songs of the authoritarian symps of both the right and the left — especially when they are singing in unison.