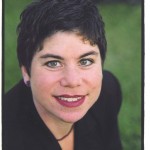 Antonia Juhasz is a leading oil and energy expert. She is a Fellow of the Investigative Reporting Program at UC Berkeley Graduate School of Journalism. Juhasz is the author of three books: Black Tide: the Devastating Impact of the Gulf Oil Spill (2011), The Tyranny of Oil (2008), and The Bush Agenda (2006). Her writing has also appeared in numerous publications, most recently in Rolling Stone.com (Big Oil’s Big Lies About Alternatives), The Atlantic (“The New War for Afghanistan’s Untapped Oil”), Harper’s Magazine (“Light, Sweet, Crude”), and CNN.com (“Why the Iraq War was Fought for Big Oil”), and, among others, in the New York Times, Washington Post, Los Angeles Times, Petroleum Review Magazine, The Nation and The Progressive.

Juhasz is a frequent media commentator, appearing regularly on TV and radio, including on Fresh Air with Terry Gross, The Diane Rehm Show, and Democracy Now! with Amy Goodman, among many others.

Juhasz is a reporter with the Investigative Fund of the Nation Institute, an associate fellow with the Institute for Policy Studies, and a senior policy analyst for Foreign Policy In Focus. She is on the National Advisory Committee of Iraq Veterans Against the War and on the Board of Directors of Coffee Strong. Juhasz founded the Energy Program at Global Exchange and directed it from 2009 to 2011. She previously worked at the International Forum on Globalization and served as a Legislative Assistant to two US Members of Congress. Juhasz holds a Masters Degree in Public Policy from Georgetown University and a Bachelors Degree in Public Policy from Brown University.

The Hand-Over that Wasn’t: How the Occupation of Iraq Continues

It was clear from the start that Iraq's sovereignty was in name, not in deed.
Page 2 of 2«12