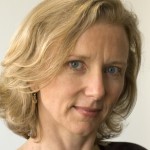 Wysham is also the founder and co-director of the Sustainable Energy and Economy Network (SEEN). She has worked on research and advocacy at the intersection of climate change, human rights, fossil fuels, international finance, carbon markets and sustainable economies since 1996. SEEN’s pathbreaking research has resulted in shifts in public policy and investment at the national and international level. She is a frequent guest speaker on the concerns around carbon markets — and carbon offsets in particular — in generating meaningful greenhouse gas emissions reductions.

Wysham has played a leadership role on Capitol Hill, advising the Congressional Progressive Caucus on a progressive agenda for climate change. Her writings, commentary and analysis has appeared in national news publications and on radio and TV, including The New York Times, The Wall Street Journal, The Washington Post, Grist, The Guardian, The Financial Times, and on Al Jazeera, Democracy Now!, MSNBC, BBC, NPR, and Marketplace, among others. From 2003 to May of 2011, she hosted Earthbeat Radio and TV.

Bangladeshi Workers Organize to Protect Their Most Valuable Export: Themselves

Migrant domestic workers from Bangladesh enjoy little protection from their government, but they’re not alone.

What Immigration Reform Means for Women

Your guide to how the U.S. immigration system affects women differently from men--and how the Senate bill will change it.

This commonsense guide to avoiding the fiscal swindle would nearly eliminate the budget deficit while making the United States more equitable, green, and secure.

How to Stop Scaring Ourselves to Death

How about investing in an energy future that will not bring real terror to millions around the world?

How to pay for the crisis while making the country more equitable, green, and secure.

As radioactivity levels continue to spike in Fukushima, Obama's support for nuclear power is unwavering.

Some significant actions but a failure to follow through.

IPS scholars rate the president on his first year in office.

Villagers are resisting Korean steelmaker POSCO's project in India and hundreds of them are prepared to die rather than move.

It's painfully clear, as the blood spills on both sides of the Chad border, that the consortium of international oil companies and their allies at the World Bank won't let anything stop a drop of oil from flowing to global markets.
Page 1 of 212»