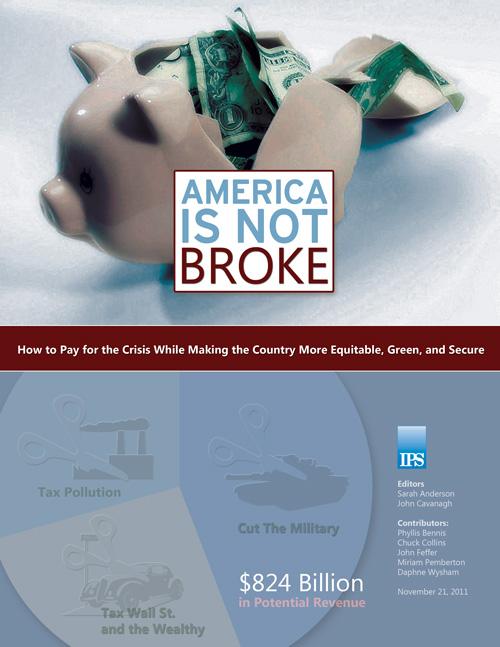 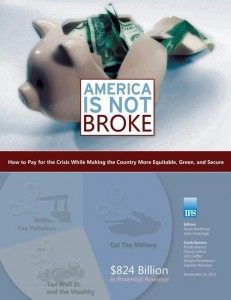 A misplaced obsession with our national debt and austerity has overtaken the national debate on the economy, with a resounding call to slash government spending to balance the budget. Some lawmakers are asserting that the country is broke, that we must tighten our belts, and that we lack the resources to pay for teachers, firefighters, and other vital public servants. They argue that we can’t afford the government programs that help people in need, and claim we don’t have the funds for urgently needed job-creating investments.

A congressional “supercommittee” has tried to identify $1.2 trillion in new cuts over the next decade that could have devastating consequences for our communities and our nation. There are many excellent proposals that should be “on the table” for debate.

This report challenges the premise that America is broke. In fact, we argue that the current fiscal challenge poses an opportunity to harness our country’s ample but misdirected resources in ways that will make us stronger.

We did not attempt to develop an exhaustive list of possible revenue-raisers or spending cuts. Rather, we focused on 24 fiscal reforms that we believe would go furthest to make the country more equitable, green, and secure. These reforms amount to an estimated $824 billion in potential revenue per year — seven times the total savings the supercommittee was tasked with
producing.

The recommendations fall into three categories: