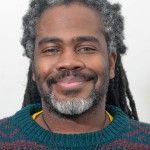 Netfa was Director of the Institute’s Social Action & Leadership School for Activists (SALSA) from 2000 to 2010 and is now the coordinator for events of the other IPS projects. SALSA provided affordable workshops covering all aspects of grassroots activism.

Netfa holds a B.A. in History from the University of the District of Columbia (UDC) and has been a political organizer/activist since 1985. He served as coordinator of the Committee for Political Education at the Pan-African Resource Center (1985-1989) and has worked as a phone-bank fundraiser for the Committee in Solidarity with the People of El Salvador (CISPES 1988-1990).

Netfa has been intimately involved with many movements, such as the 1986 International Peace Gathering in response to the U.S. bombing of Libya, the 1997 Advocates Plus Save UDC movement, and the People Before Profit Community Healthcare Project that was organizing DC residents to take their healthcare needs into their own hands. He is a boardmember for Empower DC, on the advisory board of M.O.M.I.E.S. TLC, was U.S. liaison for the Ujamma Youth Farming Project in Gweru, Zimbabwe, and a founding member and a lead organizer in the No War On Cuba Movement. Netfa is also a radio co-producer/co-host for Voices With Vision on WPFW 89.3 FM that airs Tuesdays from 11am-12pm. In 2011 Netfa was a recipient of the Washington Peace Center’s Activists of The Year Awards.

John Bolton Says He Wants to Protect Africa from ‘Predatory’ Chinese Behavior. What About Washington’s?

Chinese investment may come with strings attached, but Africa deserves an alternative to U.S.-led neoliberalism and militarization.

Despite its improving relations with Havana, Washington's ultimate goal for the island remains regime change.