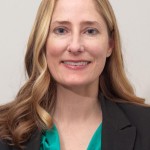 In 2009, she served on an advisory committee to the Obama administration on bilateral investment treaties. In 2000, she served on the staff of the bipartisan International Financial Institutions Advisory Commission (“Meltzer Commission”), commissioned by the U.S. Congress to evaluate the World Bank and IMF. Sarah is also a board member of Jubilee USA Network and a co-author of the books Field Guide to the Global Economy (New Press, 2nd edition, 2005) and Alternatives to Economic Globalization (Berrett-Koehler, 2nd edition, 2004).

Prior to coming to IPS in 1992, Sarah was a consultant to the U.S. Agency for International Development (1989-1992) and an editor for the Deutsche Presse-Agentur (1988). She holds a Masters in International Affairs from The American University and a BA in Journalism from Northwestern University.

How the U.S. Can Support Developing Countries Fighting COVID — for $0

Major military contractors saw a stock surge from the U.S. assassination of an Iranian general. For CEOs, that means payday comes early.

RIP Marc Raskin, Who Connected the Dots Between Inequality and War

The late IPS co-founder consistently connected the dots between America’s military adventures overseas and economic and racial injustice at home.

Building on the momentum of the recent election, activists are demanding justice for Grenfell Tower fire victims as part of a broader agenda to narrow economic and racial divides.

After the IMF admitted that neoliberalism was “oversold,” could China help developing countries thrive with an expanded Hong Kong?

Vladimir Putin and Donald Trump Are Symptoms of Creeping Caesarism

The new model of charismatic, bold, and politically incorrect leader treats democracy like a toy.

Donald Trump's calls for arming Seoul and Tokyo with nuclear weapons seems to be his way of keeping American troops out of the line of nuclear fire.

Over 30 Countries Tax Financial Speculation. Why Doesn’t the United States?

When you buy a thrift store jacket, you pay a sales tax. When a Wall Street trader buys millions of dollars' worth of stocks, he doesn't.