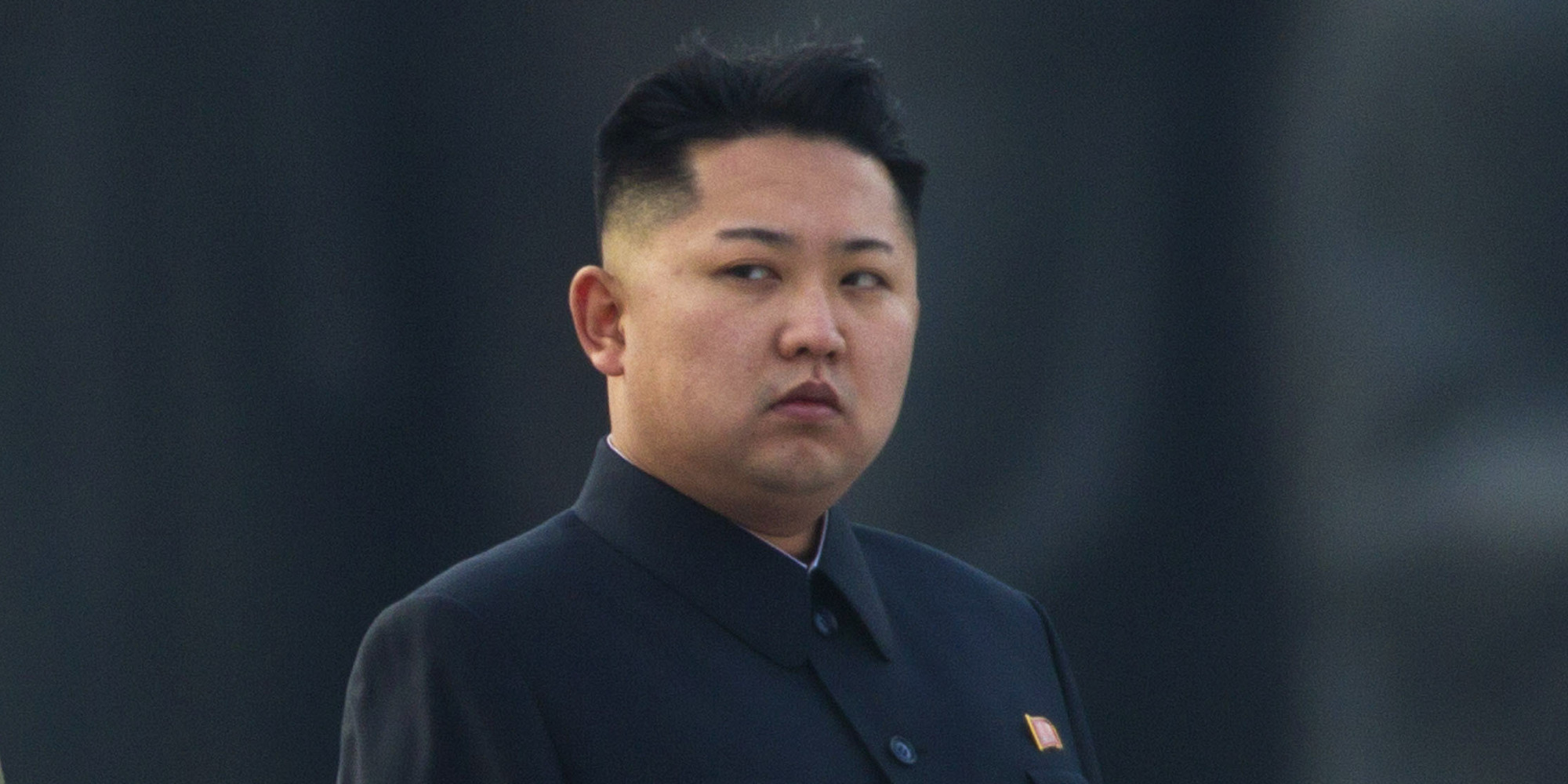 Using federal debts as an excuse, Trump would withdraw American troops from the Far East, where they would be exposed to a North Korean nuclear attack. Pictured: North Korean leader Kim Jong-un. (Photo: Huffington Post)

Donald Trump's calls for arming Seoul and Tokyo with nuclear weapons seems to be his way of keeping American troops out of the line of nuclear fire.
By Keith K C Hui | April 7, 2016

All U.S. troops — 54,000 in Japan and 28,500 in South Korea — will be withdrawn  by the time the Pentagon has been certain North Korea is in possession of nuclear warheads. It is the message implicitly conveyed by Donald Trump when saying repeatedly since late March that Japan and South Korea should have nuclear armament.

Although what Trump mainly referred to explicitly was about money — “to withdraw U.S. forces from both Japan and South Korea if they did not substantially increase their contributions to the costs of housing and feeding those troops” [Note 1], his remarks have revealed a well justified genuine under-the-table fear for the flesh and blood American soldiers in this region. Using the swelling federal debts as an excuse, Trump is speaking for each individual foot soldier’s concern of personal safety and his/her family’s worry. When any one of the missiles from North Korea could not be intercepted, many American GIs would die without mercy immediately. Trump’s words are out of lips after careful calculations.

Sending troops abroad for “defending the post-Second World War liberal international order — an imperative that every U.S. president since Harry Truman has appreciated” [Note 2] is based on an assumption that it is a man-against-man battle involving protective helmets, tactics, intelligence and most importantly, conventional weapons. When it is ‘nuclear bomb-against-man’, the above assumption is no longer valid.

Saying that Trump “only has experts on Middle East affairs … but no analyst specializing in Asian matters” [Note 3] is a foolish comment. Trump does not need an expert on this issue.  It is simply and straightly common sense as Trump knows how hateful the American public is to read the body count of deaths. One single nuclear strike may kill 10,000 or more GIs, let alone many other civilians of American and other nationalities. Trump is telling the American voters that Pyongyang really means it when Kim Jong-un is capable of bombarding South Korea and Japan with missiles carrying nuclear warheads — “if they do, they do” [Note 4] — on the one hand, and assuring his electorate that he cares about their life and property, on the other. It is why Trump has been reiterating his unthinkable solution of arming Seoul and Tokyo with nuclear capabilities so that the Asians can fight against each other without Americans on this piece of dangerous soil subject to radiation. Using an economic reason can avoid the moral question on breaking up the alliance.

Trump’s proposal will have long-term impacts on the White House’s foreign policy. When the next President of the United States, whoever, knows that he or she cannot afford the consequences of informing the whole country of the large quantities of deaths and wounds in East Asia, this leader will not hesitate to pull out all the troops from Korea and Japan when the nuclear threat has been confirmed ‘real’.

If Seoul is still unwilling to take up this nuclear responsibility, conventional combats along the ‘38th parallel north’ would not be too bloody Park Guen-hye’s forces as their weaponry is much more advanced. However, the victories here cannot prevent Pyongyang from conducting military intrusions (not invasion) into South Korea — assailing the coastal areas to capture hostages, hijacking cargo vessels, and looting cities and towns near the seashores for consumables — to take all types of advantages. So long as the American GIs are absent, Kim would prefer to do something like drawing money out of ATMs regularly, rather than firing his limited quantity of nuclear warheads [Note 5].

The former president Lee Myung-bak’s mistake of abandoning the ‘sun-shine’ policy which showed how a nation gained strength “not by banditry, but economic production” has been irreversible [same Note 5]. Among the various new options, Seoul’s wisest move is to convince Beijing and Moscow that it is in their best as well as common interest to have Kim replaced by a much more controllable person, and then seal a deal among all the parties concerned to maintain nuclear non-proliferation, peace and order in East Asia. It is difficult to foresee whether China and Russia can have a good bargain in this deal but the United States is definitely a loser at least in terms of its credibility as an ally.

The Asahi Shimbun, “Trump’s remarks about Asia cause bewilderment, unease in Japan”, March 30, 2016.