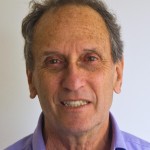 Saul Landau is an internationally known scholar, author, commentator, and filmmaker on foreign and domestic policy issues. He has been a fellow at IPS since 1972 and at the Transnational Institute since 1974. He has written 13 books, thousands of newspaper and magazine articles and reviews, and made more than 40 films and TV programs on social, political, economic and historical issues.

Among his numerous accolades, Saul received the George Polk Award for Investigative Reporting and an Emmy for his 1980 film, “Paul Jacobs and the Nuclear Gang” (with Jack Willis), as well as the Letelier-Moffitt Award for his human rights work. He won a Golden Apple award for “The Sixth Sun: Mayan Uprising in Chiapas” as well as first prizes in many festivals with films about Fidel Castro, Salvador Allende and Subcomandante Marcos. He is Professor Emeritus at Cal Poly Pomona University.

Saul’s weekly columns can be read on www.progresoweekly.com and at saullandau.wordpress.com. Saul’s newest film is “Will the Real Terrorist Please Standup” (2011). It is available on DVD.

Why start another body count in a Middle East conflict with no direct relationship to U.S. security?

With the latest Pentagon resignation, the Vietnam analogy continues to haunt the United States in Afghanistan.

Why the U.S. Must Help Cuba

Unless the Bush administration acts fast, a vast wave of rafters may greet the next U.S. president soon after he takes office.

Baseball Big and Little: Its Role in U.S.-Cuba Relations

Let's face it, sports fans, baseball, like most of the great cultural institutions of our country, is a major multi-billion dollar business.

Perhaps young athletes from New England and Alabama can bring down the level of government irrationality on U.S.-Cuba policy a peg or two.

In this second part of the exchange, Saul Landau and Samuel Farber debate the future of Cuba.

Cubans are trying to preserve the gains of the revolution in the face of U.S. hostility.

It's time to let Americans go to Cuba, erode the embargo and open the island to cultural and political currents that might bring pleasant and democratic winds of change.

A Cuban expatriate has forced the administration to decide on terrorist criteria: "acceptable" acts of terrorism carried out against Cuba versus "unacceptable" ones undertaken against the United States and its allies.

The North American Free Trade Agreement (NAFTA) sets guidelines for the elimination of most trade and investment barriers between Canada, the U.S., and Mexico over a 15-year period.