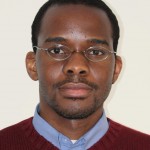 Tope Folarin is the 2010 Carol Jean and Edward F. Newman Fellow. He comes to IPS from Google, where he managed public affairs and public relations in the Middle East and Eastern Europe.

Tope holds a Master’s in African Studies and another Master’s in Comparative Social Policy from Oxford University, where he was a Rhodes Scholar. He graduated from Morehouse College in 2004 with a BA in Political Science. At IPS, Tope will focus on African politics, the racial-wealth divide in the United States, and any intersections therein.

The direction that Nigeria takes -- towards a future of hope and growth, or one of backsliding and defeat -- depends, to a great extent, on the country's future leadership.

The World Cup and I

Soccer's big event is about to begin in South Africa. It's time to root for your favorite team...and for Africa.

The UN donors' conference is an opportunity to help Haitians rebuild in a manner that respects their humanity and enables them to become more productive.

The president is using carrots and sticks in Africa, but he might have gotten the two mixed up.