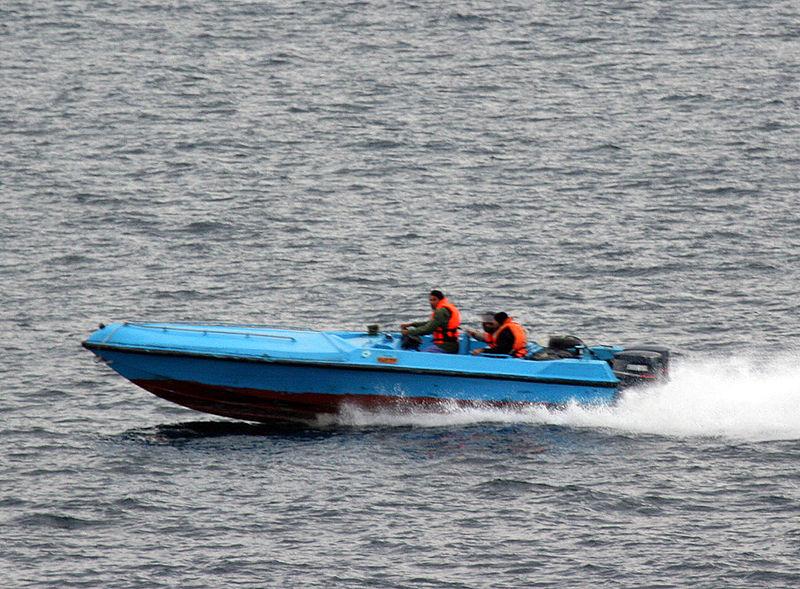 Avoiding a War in the Persian Gulf

New avenues for dialogue between the United States and Iran are needed to prevent minor confrontations from igniting a full-scale war.
By Navid Hassibi | February 1, 2012 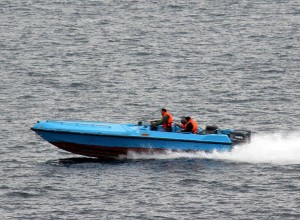 With tensions between the United States and Iran rising over Iran’s suspected nuclear weapons program, the prospect of an accidental or deliberate military provocation in the region has increased dramatically. Direct military conflict between the two sides is more likely now than at any point since diplomatic relations were severed in 1980.

This begs the question of how, given the lack of formal contacts, a misunderstanding can be avoided or resolved promptly. As one recent opinion piece puts it, how can the United States expect to send a message to Iran? Via a post on Facebook?

In the absence of diplomatic relations between the two sides, there’s no reliable method for one side to directly communicate with the other and consequently no procedural way to defuse a potential crisis situation. There are, further, no mechanisms to reduce misunderstandings and avoid an overt military conflict as a result of an accidental or deliberate hostile action by either side.

The ease with which a small confrontation could spark a wider conflagration cannot be overstated. Say, for instance, that Iranian speedboats operated by the Revolutionary Guards are shadowing and harassing U.S. warships in the Persian Gulf, speeding toward them yet keeping a safe distance (a scenario that occurs regularly and was recently widely publicized). Say, then, that one of the speedboats malfunctions and gets too close for comfort to the U.S. warship, which fires on the boat in response. How could this accident be prevented from escalating into a wider military confrontation? How can two countries overcome such episodes when bilateral communication is non-existent?

If there isn’t to be a direct hotline between Iran and the United States, then the options for direct engagement will indeed be limited at a time of crisis. To prevent a military confrontation, dialogue between the two sides is absolutely imperative. In the absence of diplomatic relations and other means of direct communication, we are left with three options: the Iran-P5+1 negotiations, track II diplomacy, and indirect communication.

The Iran-P5+1 forum, which includes the five permanent members of the UN Security Council plus Germany, offers a chance at negotiating a resolution to the Iranian nuclear saga in a multilateral setting. However, the sides have not met since the end of 2010 in Istanbul, when dialogue effectively stalled. Tehran has recently indicated readiness to resume talks, but the West has so far refused, arguing that talks would be pointless since Tehran will not discuss suspending its uranium enrichment and prefers to discuss regional security issues instead.

In any case, although the Iran-P5+1 forum offers a good opportunity to devise a long-term solution to the Iranian nuclear debacle, it would do very little in the case of a real-time flare-up between the United States and Iran in the Persian Gulf.

In contrast to track I diplomacy, which consists of formal meetings between officials, track II diplomacy consists of informal and unofficial interactions among individuals or entities with access to decision makers. In the absence of formal bilateral relations, the United States and Iran have conducted track II dialogue over the years to discuss various quarrelsome issues.

Track II diplomacy does providesa reliable channel for communication on sensitive issues, especially during times of heightened tensions. Given the incredibly tense Iranian-American relationship, track II interaction is one of the few avenues that could bring Iranians and Americans together for dialogue. Track II’s usefulness in real-time scenarios is undetermined, but it may offer the best way to communicate directly, albeit with a delay.

The Swiss embassy in Tehran currently represents U.S. interests there. The Swiss ambassador passes official Iranian communiqués and complaints from the Iranian foreign ministry to the United States. In 2003, for example, by way of the Swiss mission in Tehran, the Islamic Republic transmitted a “grand bargain” to the George W. Bush administration proposing resolutions to the major impediments facing Iranian-American relations. More recently, Iran sent a formal complaint letter to the United States through the Swiss accusing the United States of participating in the recent killing of the Iranian nuclear scientist Mostafa Ahmadi-Roshan.

Indirect communication is not limited to written correspondence. As disclosed recently, President Obama sent a foreign emissary to Tehran, largely believed to be the Turkish foreign minister, to convey the strong U.S. interest in the free flow of commerce and freedom of navigation through international waterways, proposing that the Iranians join the United States for resumed nuclear negotiations.

The benefit of indirect communication is that it maintains a degree of dialogue, albeit very minimal and via an intermediary. It is difficult for one side to gauge the sincerity and good faith of the other. This avenue, however, does have the potential to open doors to wider and more in-depth talks between Washington and Tehran. For example, Iranian lawmakers recently alleged that President Obama sent Ayatollah Khamenei a letter indicating U.S. red lines and expressing a willingness to negotiate directly. If true, the offer to negotiate could open doors to direct talks.

The highly volatile context in which the United States and Iran currently find themselves raises major concerns that a direct military confrontation may ignite as a result of miscalculations by either side, especially in the narrow Strait of Hormuz (through which 40 percent of the world’s oil flows) or the relatively compact Persian Gulf, underscoring the dire need for dialogue between Washington and Tehran.

Categorical opponents of U.S.-Iranian dialogue on each side are certainly skeptical of the other’s intentions, but they are also guided by their own ideological interests. In the United States, the powerful neoconservative movement favors firm action against the Islamic Republic, through military confrontation if necessary. Similarly, in Iran, many conservatives in the power structure would not necessarily welcome increased engagement with the United States. There are deep political, economic, social, and religious interests that prefer the status quo, and so it should not be surprising if strong interest groups within Iran oppose a move toward rapprochement between the United States and Iran.

In the absence of direct links of communication, all other options for dialogue must be pursued to avoid escalating tensions and to prevent another war in the Persian Gulf.

Navid HassibiNavid Hassibi is a PhD candidate in political science, a Canadian civil servant, and a contributor to Foreign Policy In Focus. The views expressed in this article represent his own.