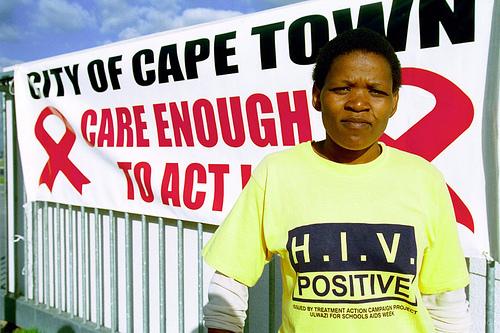 The international community agreed to the goal of achieving universal access to HIV/AIDS treatment, but the Obama administration is scaling back its commitment
By Rebecca Burns | November 4, 2010 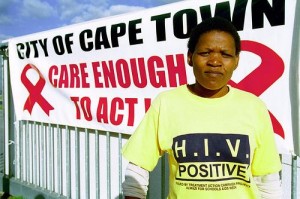 In the sweeping fashion of global development commitments, 2010 marks the year by which countries and health agencies worldwide have pledged to scale up their HIV/AIDS interventions “towards universal access” to treatment. In the more sobering reality of shifting donor priorities, funding shortfalls in 2010 may actually represent the beginning of a move away from universal access in the global HIV/AIDS response.

Critics have maligned the target of universal access, set in 2005 at the UN World Summit, on two fronts. They argue that it diverts resources from other diseases and interventions and that it represents an open-ended commitment open-ended commitment that provides little political benefit to donor governments.

Although these charges are ultimately misleading, they are providing cover for a retreat from universal access. This retreat is evident in President Obama’s new global health initiative, which has begun scaling back increases in U.S. funding for anti-retroviral therapy (ART).

Under the President’s Emergency Plan for AIDS Relief (PEPFAR) initiated by the George W. Bush administration, the United States has provided life-sustaining treatment for roughly 2.5 million HIV/AIDS positive patients. Before Obama took office, Congress had authorized up to $48 billion for PEPFAR for the fiscal years (FY) 2009-2013 in order to continue expanding the number of individuals receiving treatment.

In 2009, Obama announced plans for the President’s Global Health Initiative, which increased funding for child and maternal health but actually decreased previously authorized funding for PEPFAR. Obama’s Global Health Initiative allocated $51 billion to PEPFAR, but extended the timeframe for delivery to six years. This accounting trick, which attempted to conceal the decrease, amounted to a reduction of the amount Congress had authorized by $1.1 billion per year. Congress provided just $366 million in new funding in FY 2009, which meant that most recipient countries could not begin treating new patients.

The new global health plan has been part of a wider overhaul of foreign aid during which Obama has pledged to review U.S. foreign aid practices and make development a pillar of foreign policy. Although these efforts generally reflect the administration’s greater commitment to development, the decreased support for AIDS treatment actually suggests less policy space for initiatives that cannot be defended either as cost-effective or in the national interest.

The Office of the United States Global AIDS Coordinator announced in 2009 that PEPFAR was “moving from its initial emergency focus to a heightened emphasis on sustainability,” even though in many areas only one out of three infected individuals needing treatment has access to it. This policy trend, which contradicted recent evidence linking expanded treatment with improved prevention, reflected a preference for less expensive initiatives.

UNAIDS has estimated that the attainment of universal access will require $172 billion in funding by 2014 and has urged the United States to provide $57 billion toward this goal. The budget for FY2011 provides $7 billion for PEPFAR, a 2.2% increase over the previous year. But international health organizations declare this relatively small commitment “a step backwards” in terms of the number of new infections and the total needed for universal access.

The United States actually cut its commitments to the Global Fund, the private foundation that supports roughly half of the world’s ART patients, by $50 million in FY2011. At the Global Fund’s donor conference this month, pledges did not even reach the Fund’s lowest target of $13 billion, which means that it will not be able to continue expanding treatment at current rates. Funding shortfalls in PEPFAR and the Global Fund over the course of 2010 will likely mean that the number of new infections will soon begin to outpace the number of patients receiving drugs, making universal access all that much more unlikely in the future.

It is not only the cost-effectiveness of U.S. global AIDS policy that has come under criticism. Foreign policy specialists have also become concerned about the implications of creating an “entitlement” to AIDS treatment. Through PEPFAR, a large number of people have become directly dependent on annually renewed U.S. funding for life-saving drug therapy. Some analysts suggest that the high expectations created by the program will undermine other U.S. foreign policy goals and produce resentment when not met.

Underlying this discussion is the contentious question of how global health and development efforts should relate to the pursuit of strategic U.S interests. Ambassador Princeton Lyman has contended that when U.S. foreign assistance is focused primarily on humanitarian projects, funding cannot be withdrawn without serious repercussions, thus limiting U.S. ability to use aid as political leverage. He has therefore argued that the U.S. commitment to universal access impedes U.S. efforts to achieve its goals in other areas.

The idea that aid should be used as a tool for the pursuit of strategic objectives is a legacy of the Cold War, and since this time the United States has developed a track record as one of the most volatile and ideologically driven donors. Obama, however, has said that he intends to promote “country ownership” of development projects and decrease the dependency created through foreign assistance. This kind of rhetoric is laudable, but it is undercut by the administration’s strategy of “integrating” development with diplomacy and defense. An even closer alignment between foreign assistance and U.S. strategic interests is precisely the wrong prescription for enhancing U.S. development capacities. Whether or not it advances other policy goals, universal access represents a moral commitment. It cannot be broken simply to accommodate new political priorities.

The target set by global leaders in 2005 prompted ambitious national strategies for achieving universal access. Now, according to the international medical group Doctors without Borders, clinics in South Africa and other high-burden countries must ration treatment and refuse new patients. After a tragically belated response to the AIDS crisis, South Africa committed itself to the goal of universal access in 2007 and has budgeted for the largest national investment in treatment of any developing country. South Africa now has the largest anti-retroviral drug program in the world, but it still reaches only about half of those needing treatment.

A moratorium on new enrollments due to budgetary issues has already led to an estimated 3,000 deaths in South Africa’s Free State province in 2009, and further cuts in 2010 are expected to lead to more loss of life. The New York Times reported this spring that in many U.S.-supported clinics in Uganda, freezes on quotas for treatment have meant that new AIDS patients are put on a waiting list, where they must remain until an existing patient dies.

What other options exist to address the global AIDS crisis? Mead Over likens dependence on funding for ART to a form of “post-modern colonialism” and recommends that affected countries scale up prevention efforts while international funding for treatment tapers off. However, such suggestions remain morally ambiguous about the lives that will be lost as treatment becomes less available. They also misdiagnose the nature of the “dependency” created by PEPFAR. U.S. foreign assistance does indeed create many dependencies, often intentionally. Dependency on patented seeds or expensive fertilizers in developing countries brings profit to U.S. corporations but generally fails to address problems of hunger and malnutrition. Access to a life-saving drug does not constitute the same kind of dependency when the drugs are provided for free or at very low cost.

The problem with the current approach to treatment is not its scale but how it’s provided. PEPFAR currently supports half the world’s ART patients, so the availability of treatment is linked directly to the allocation of U.S. funding. This is the dangerous dependency at the heart of the global treatment regime, a dependency on the fickle politics of Washington. As Princeton Lyman has acknowledged, the coordination of ART funding through a single international regime would ease the disproportionate U.S. responsibility in expanding treatment toward universal access. Such a multilateral regime would also decrease the undue U.S. influence over the direction of the global HIV/AIDS response and provide better coordination among existing initiatives.

Obama has pledged that his new development policy will strengthen multilateral development capabilities. But so far, his focus has been on international development banks, where the United States maintains controlling interests, rather than on institutions like the Global Fund, which have a far more reliable record of working with partners on the ground. The most recent U.S. pledge of $4 billion over three years for the Global Fund is the most generous of any country, but it is much less than hoped for and not enough even to keep the growing epidemic at bay.

Obama continues to advocate for “country ownership” in U.S. development policy and to pledge partnership with African nations, but most AIDS activists are disappointed. The bottom line is that the United States is beginning to renege on promises now considered too costly.

Rebecca BurnsRebecca Burns is an MA candidate at the Kroc Institute for International Peace Studies and a contributor to Foreign Policy In Focus. She is currently living and conducting research for a project on U.S. Africa policy under Obama in Cape Town, South Africa.