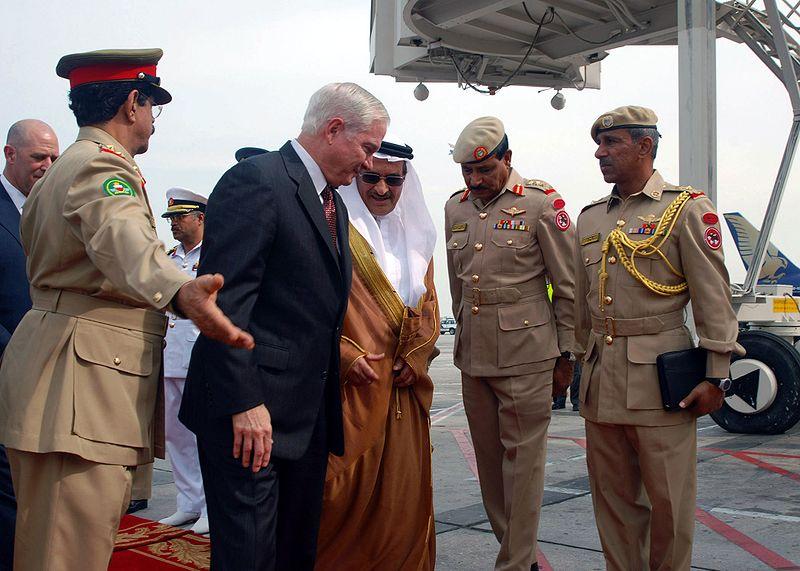 Bahrain has suppressed its protest movement with the help of Saudi Arabia and the United States.
By Anthony Newkirk | July 22, 2011 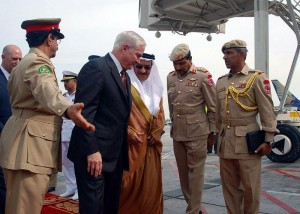 It is becoming painfully obvious that the United States is hostile to the “Arab Spring.” In Egypt, U.S. military aid programs remain in force, and in Yemen a “secret” U.S. war may be in the offing. In the United Arab Emirates plans may be afoot to develop a for-profit rapid reaction force (to crackdown, surely, on UAE citizens for “publicly insulting” their leader). The U.S. government continues to support the Israeli blockade of Gaza. But perhaps the quintessential example of U.S. reactionary policy is in the tiny Kingdom of Bahrain.

July 1 marked the beginning of a “National Dialogue” in Bahrain that King Hamad Isa bin Al Khalifa called to promote reconciliation in his strife-torn land. But it is unclear what the point of the National Dialogue is when the king is also attempting to silence Bahraini civil society. The country’s ongoing domestic conflict between an unpopular Sunni elite and a Shia majority came to a boil in February when mostly Shia Bahrainis began protesting against long-standing discrimination. The ruling family offers the pretext that over half of the country’s 500,000 citizens are under the thrall of Shia Iran. Meanwhile, Secretary of State Hillary Clinton has been proclaiming that the United States will stand up for human rights in Bahrain and also ensure its status as a “major non-NATO ally.”

Send in the Marines

On March 16, one month after the demonstrations began, King Hamad imposed martial law and police attacked Pearl Roundabout, where most of the protesters were camped out. Two days earlier, at least 1,000 Saudi troops and 500 UAE police attached to the Peninsula Shield Force (PSF) entered Bahrain. Although part of the occupation force may have already left Bahrain after the official end of martial law last month, the PSF presence in Bahrain may last long-term in order to “protect its borders.”

A report recently issued by Human Rights Watch (HRW) details ongoing human rights violations, including torture, disappearances, and a systemic crackdown on the majority Shia. Such matters should be of grave concern to the State Department’s Bureau of Democracy, Human Rights, and Labor, which officially plays a key role in formulating U.S. human rights policy.

But the Obama administration sees the situation quite differently, regardless of Secretary of State Clinton’s statements about human rights and administration declarations about “the rule of law.” In this case, actions are a much more dependable guide to U.S. policy. On March 1, Commandant of the U.S. Marine Corps General James F. Amos informed the House Armed Services Committee that a Marine Expeditionary Brigade headquarters for operations in the Middle East and Africa had already been established in Bahrain. Both former Secretary of Defense Robert Gates and Chairman of the Joint Chiefs of Staff Admiral Mike Mullen visited Bahrain amid the protests. Bahrain, of course, hosts the U.S. Fifth Fleet and is the naval headquarters of U.S. Central Command.

The administration’s actions suggest that it is closer to the perspective of such private sector representatives as S. Rob Sobhani, president of Caspian Energy Consulting. Sobhani, a member of the right-wing Committee on the Present Danger reconstituted in 2004, has characterized King Hamad as a “thoughtful and progressive leader” committed to “economic growth” and “stability.”

And Kick Out the Diplomats

The State Department’s Bureau of Democracy, Human Rights, and Labor has been quite active of late in Bahrain, but given the bureau’s name, not in the way that one might expect.

The State Department does have a track record of concern about human rights in Bahrain. George W. Bush’s State Department wrote in the 2007 Trafficking in Persons Report that “the Government of Bahrain does no fully comply with the minimum standards for the elimination of trafficking and is not making a significant effort to do so.” The U.S. embassy was also pursuing opportunities for American corporations in Bahrain at this time. According to WikiLeaks cables, King Hamad requested Patriot missile batteries in 2008 and asked for help attracting aircraft manufacturers to the Bahrain Air Show several months later.

Three weeks after the declaration of the state of emergency, the Bureau of Democracy, Human Rights, and Labor announced the release of the 2010 Country Reports on Human Rights Practices. The section on Bahrain in the 7,000-page document clearly shows there were cases of religious and gender discrimination, police brutality, torture of detainees, and press censorship in Bahrain well before the Arab Spring and the declaration of martial law. Thus, U.S. officials’ comments of disappointment about the Bahraini government’s behavior this spring are disingenuous.

Notwithstanding this documentation, the State Department is sending out disturbing mixed signals. On May 13, the administration “declined” to send diplomats to a hearing held by the Tom Lantos Human Rights Commission on Capitol Hill about the situation in Bahrain. Lest critics accuse the State Department of insensitivity to Congress, Assistant Secretary of State for Democracy, Human Rights, and Labor Michael Posner did appear before the same committee in July to testify about repression in Syria. It remains unclear why the former human rights lawyer cited HRW and Amnesty International reports on Syria but has said nothing of their work on Bahrain.

On May 26, the State Department evacuated Ludovic Hood, its human rights officer in Bahrain, apparently in reaction to an ongoing campaign of criticism and veiled threats against him and his family by pro-government Bahraini groups. On May 31, State Department spokesman Mark Toner stated during a press conference that Hood’s departure was merely a regularly scheduled reassignment. Meanwhile, Bahrain’s Ministry of Foreign Affairs categorically denied government involvement in anything that may have happened to “a diplomat from the United States.”

In the following two weeks, Bahraini Crown Prince Salman bin Hamad Al-Khalifa and Secretary of State Clinton met in Washington, and Posner and high-ranking Bahraini officials gathered in Manama. Neither Clinton nor Posner referred to the Hood incident in their prepared statements. But Posner did observe that there were “several positive developments” to achieve “respect for human rights and pursuit of national security interests” in Bahrain. He cited “the release of some prisoners” and the fact that Bahrain “promised to investigate allegations of mistreatment.”

Nevertheless, Bahrain’s largest Shiite political party pulled out of the National Dialogue talks due to a lack of confidence that the government was negotiating in good faith. Furthermore, many in the United States have pointed out contradictions in U.S.-Bahraini relations. The AFL-CIO and the International Labour Organization have voiced concerns about Bahrain’s violations of labor standards recognized in bilateral agreements and in international law — a state of affairs aggravated by the declaration of martial law in March.

The State Department is fully aware of this. The 2011 Trafficking in Person Report prepared by the Office to Monitor Trafficking in Persons claimed that Bahrain “does not fully comply with the minimum standards for the elimination of trafficking” as set out in U.S. law. The report indicates, for instance, that the Bahraini government has admitted that 65 percent of foreign workers in the country did not see their employment contracts and 89 percent did not know what their rights were. However, “significant efforts” are being made to correct these infractions.

Is the Obama administration concerned about human rights in small countries like Bahrain? On one hand, the security of U.S. military assets in the Persian Gulf and U.S. economic influence is of paramount concern to the administration (as with previous administrations). But citizens should also ask if such priorities are consistent with the principles of democracy and justice. The stakes are not a naval base or a Patriot missile battery but America’s dignity as a defender of justice.