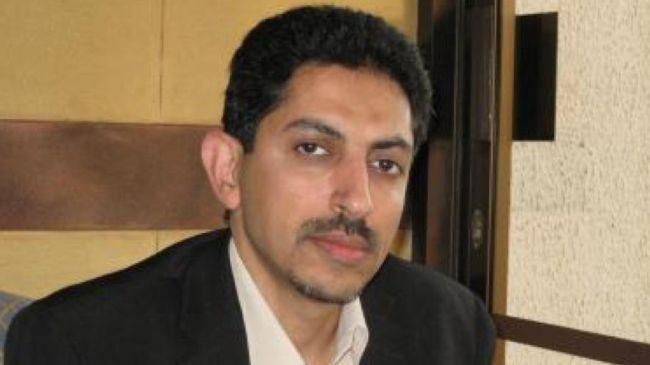 As it criticizes Russia for its military support of Syria, the Obama administration should reexamine its relationship with Bahrain.
By Kate Gould | April 19, 2012 A world power equips a dictatorship that kills, tortures, and imprisons unarmed protesters. No, it’s not only Russia’s relationship to Syria. It’s also the United States when it comes to Bahrain.

Two days after a U.S. coalition of national groups asked the Obama administration to publicly call for Bahrain to release a human rights defender on hunger strike, the White House issued a press statement expressing “concern for the well-being of jailed activist Abdulhadi Al-Khawaja.”

This is an important first step, and appears in direct response to the growing pressure of a coalition that includes the AFL-CIO, Human Rights Watch, the Project for Middle East Democracy, the Friends Committee on National Legislation and others, calling for the United States to speak out against repression in Bahrain. Even such mild criticism from the White House gives a boost to the international campaign to save the life of one of Bahrain’s political prisoners and to draw attention to its oft-forgotten pro-democracy movement.

However, the White House stopped short of pressing for Al-Khawaja’s release. Instead, it called on the government of Bahrain to “consider urgently all available options to resolve [Al-Khawaja’s] case.”

So, as a human rights champion of the Arab world nears death, the Obama administration’s message to his captors is to urgently ponder “all available options.” That the White House did not endorse the only option that the Bahraini government should consider — releasing Al-Khawaja — is unfortunate.

Abdulhadi Al-Khawaja has been at the forefront of Bahrain’s human rights movement for decades and helped lead the mass pro-democracy, nonviolent uprising that began on February 14, 2011. He co-founded the Bahraini Centre for Human Rights and worked for international human rights organizations like Front Line Defenders and Amnesty International. On April 9 last year, armed and masked riot police arrested Al-Khawaja during a raid on his daughter’s home in the middle of the night.

Already Al-Khawaja has reportedly been subjected to torture, beatings, sexual assault, and a sham trial in a military court that sentenced him to life imprisonment for spearheading the pro-democracy movement in his country. He was beaten so severely in detention that his jaw and skull were cracked, making it nearly impossible for him to eat. Still, the Obama administration has refused to forthrightly call for the release of Al-Khawaja or any of the other jailed Bahraini pro-democracy activists that Amnesty International has identified as prisoners of conscience.

Worse, the United States continues to be one of Bahrain’s chief weapons suppliers, furnishing $53 million in weapons and other equipment even as the regime tortures and murders pro-democracy activists. The two countries have united, among other issues, over their aggressive postures toward Iran, and according to an April 2008 U.S. diplomatic cable revealed by Wikileaks, Bahrain and the United States have “about as good a bilateral relationship as anywhere.”

Al-Khawaja’s daughter Maryam, a renowned human rights defender, may have best summed up the egregious U.S. policy toward Bahrain: “The United States is to Bahrain what Russia is to Syria.”

In the past year, both the Bahraini and Syrian regimes have systematically tortured and gunned down members of opposition groups, killed and detained children, and banned entry for foreign journalists, while firing on local journalists nonviolently covering the repression.

However, stark differences emerge between the atrocities committed by the Syrian and Bahraini regimes, beginning with the sheer magnitude of the killing in Syria. The civilian toll in Syria through the past year has climbed past 9,000, while around 70 protesters in Bahrain have been killed during the same period.

The death toll in Bahrain is significantly higher than that of the post-election crackdown in Iran in June 2009–to draw yet another grim comparison–yet it has received a fraction of U.S. media attention. Bahrain’s protests in February 2012 were the largest of the Arab Spring relative to the country’s population, yet, as Al Jazeera put it, the Bahraini revolution was “abandoned by the Arabs, forsaken by the West and forgotten by the world.”

Bahrain may finally stumble into the spotlight as its Grand Prix auto race is set to open this week, despite an international campaign calling for a boycott of the event. Pro–democracy protests have ramped up to coincide with the Grand Prix and draw attention to the human rights abuses that the regime has worked so hard to shield from public attention.

An Ounce of Prevention

As journalist Murtaza Hussain notes in a definitive piece on the hypocrisy of U.S. Bahrain policy, Al-Khawaja’s plight opens a particularly crucial moment for the United States to speak out, before an even deadlier cycle of violence in Bahrain spirals out of control:

There is the real risk that his death in custody may result in the dangerous radicalization of what has heretofore been a remarkably peaceful democratic uprising … triggering widespread, potentially violent protest and shattering whatever semblance of stability has existed in the country since the revolution was violently quelled.

Hussain also points out that “the one country which has leverage over the [Bahraini] regime and whose words it could not ignore without consequence is the United States.” If the Obama administration were to forthrightly call for the immediate release of Al-Khawaja, it could not only save one life. It could help to prevent a massive escalation in bloodshed and show an iota of respect for a nonviolent movement facing enormous odds—chiefly the weight of the world’s superpower stacked squarely against it.

To urge President Obama to call for the release of Al-Khawaja, take action here.

Kate GouldForeign Policy In Focus contributor Kate Gould is legislative associate for Middle East Policy for the Friends Committee on National Legislation (FCNL), a Quaker lobby in the public interest fielding the largest team of registered peace lobbyists in Washington, D.C. She blogs at: fcnl.org/blog/2c/ and can be reached on Twitter @k8gould.