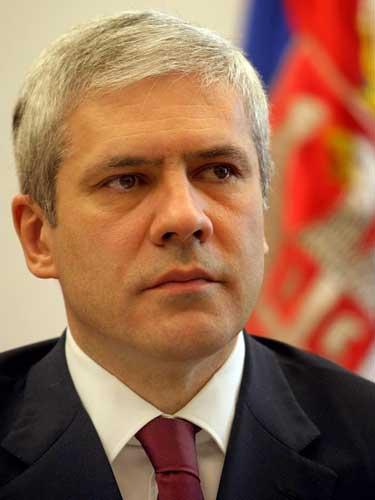 The European Union is gradually absorbing the Balkans, but it's far from a done deal.
By Andrew Feldman | July 29, 2010 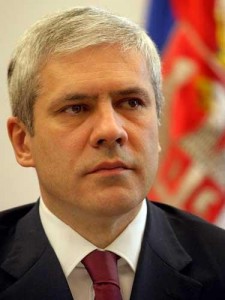 Foreign ministers of the 27 European Union member states recently initiated the ratification process of Serbia’s Stabilization and Association Agreement (SAA), a step toward eventual EU membership for Serbia. The granting of candidate status was left for a later date, though, in a move that mirrored the EU’s general strategy on Balkan accession: With one hand it giveth, and with the other it does not giveth quite yet.

The potential accession of the Balkan countries isn’t the first time the EU has welcomed states with troubled histories. The EU accepted post-dictatorship Spain, Portugal, and Greece in the 1980s, and eight post-Communist Eastern European countries in 2004. In 2007, the EU let in Balkan countries Romania and Bulgaria, but only after giving them a stern warning to improve efforts to promote the rule of law, and combat corruption and organized crime.

But the former Yugoslav states are posing the toughest challenge yet to the EU’s enlargement drive. It’s hard enough to make a transition from authoritarianism to democracy, or to introduce both democracy and capitalism into a single-party state. The challenges that face a region with lingering ethnic divisions and hundreds of thousands of displaced people are a whole order of magnitude more difficult.

Straining at the Gates

This new round of enlargement has forced the EU to reevaluate how it handles potential members. Under EU law, a country must meet the so-called Copenhagen criteria in order to be admitted. Besides being a “European state,” applicants must be democracies that respect the rule of law and human rights, must have a market economy that can survive joining the common market, and be committed to meeting the obligations of membership.

Once a state decides it wishes to become a member, it signs an Association Agreement with the EU outlining initial areas of cooperation. A unanimous agreement of the member states can then grant the applicant state candidate status, after which it must begin to incorporate the sections of the acquis communautaire — the EU’s body of law — that are incompatible with national law. EU institutions, member states, and the candidate country’s government all must ratify the treaty of accession. Only then can a new member state join.

Historically, accession has taken around ten years for a country to complete. Even when there is little disagreement over broad principles, it can still take years to incorporate the thousands of EU regulations into national law. But in the Balkans, the EU has found countries where accession is as much a fight over the nature of society as technicalities of the law.

The twin drivers of past EU accession have been the determination by all parties to finish the accession process, and the certainty that it wasn’t a matter of whether but when countries would accede. In the Balkans both have been in doubt: There is a legitimate concern about both the dedication of governments to meet accession criteria and their ability to do so.

The question of accession has become a top issue in electoral politics. Boris TadiÄ‡ won the 2008 Serbian parliamentary elections with his coalition Za evropsku Srbiju (“for a European Serbia”), and the socialist Coalition for European Montenegro won the 2009 parliamentary elections. The allure of joining a prosperous and secure Europe has become an electoral winner, and polls show that a majority in every Balkan country except Croatia favor accession.

Public support for accession is a good sign, but Croatia’s enthusiasm dip is troubling. It’s possible that, having gone through the long and laborious accession process, Croatians have tired of promises that membership is just around the corner. It’s important that a majority support membership not only for legitimacy’s sake, but also because the accession treaty must be voted on in a referendum. If lagging support is a result of the long wait, then the vote will likely be favorable as voters are ready finally to join the EU.

Despite the EU’s popular appeal, the changes needed to meet the accession criteria are still difficult. Especially in Serbia, where the far-right Radical Party remains strong despite its leader’s imprisonment in The Hague, victories for progress and justice are hard-fought and often short of ideal. The Serbian parliament’s apology for the Srebrenica massacre, for example, would have been unthinkable years ago, but it only garnered 127 votes from the 250 parliamentarians. Nor did the apology concede that the action was a part of genocide.

The fragility of pro-EU coalitions leaves the EU feeling the need to reassure Balkan countries explicitly that it’s a club they can join. In response to small signs of progress, the EU has granted small concessions for the Balkan countries, such as the lifting of visa requirements for Serbians, Montenegrins, and Macedonians wishing to travel to the EU. It is unclear, though, whether support for such a slow process can be maintained long enough for these countries to finally accede.

In for the Long Haul?

Also on the minds of the international community is how well former Yugoslavia has dealt with its serious problems. Another full-scale war isn’t likely to erupt, but the threat of intermittent violence remains —the secession of Kosovo in 2008 renewed such fears. More worrisome, though, are the twin problems of Bosnia and corruption.

Though the agreements at Dayton ended the war in Bosnia, they failed to address many of the underlying problems. In particular, the decentralization of power that pacified the three ethnic groups weakened the central state and created disunity that has undermined progress. EU and U.S. officials visited Bosnia last October to provide some impetus to solving these constitutional and political issues, but found the problems as intractable as ever.

In all Balkan countries, the weakness of states and their systematic corruption have allowed organized crime networks to flourish. These organizations in turn foster corruption, weaken the state, and threaten the democratic legitimacy of governments. As these governments try to make the necessary changes for accession, particularly in areas relating to the judiciary, they must deal with crime networks whose existence is threatened by the imposition of such reforms.

Ambivalence is by no means found only among potential member states. The EU too entertains certain doubts about the wisdom of further accession. Twelve new members have joined since 2004, and talk of “accession fatigue” has been popular since then. The flow of legal migrants from Eastern to Western Europe has stoked fears that letting in more poor countries would flood Western Europe with hundreds of thousands of job-seekers. In Britain, this phenomenon has become known as the fear of the “Polish plumber,” and he is frequently invoked when discussing enlargement as it relates to the service sector.

The secession of Kosovo further divided the EU on the Balkan question. Twenty-two of the 27 member states have recognized the breakaway region, but five — Cyprus, Greece, Romania, Slovakia, Spain — have not, mainly due to their own struggles with secessionists. Russia’s refusal to recognize Kosovo and its historical support for Serbia have threatened to strain EU-Russian relations.

Finally, the requirement that new members be unanimously approved has given EU members the chance to block accession over disagreements with candidate countries. Greece’s objection to the name of the country of Macedonia has put Macedonian accession on hold for the time being, and Slovenia’s maritime border dispute with Croatia delayed Croatian accession for a number of years.

The accession of the Balkan countries is the messiest process with which the EU has had to deal so far. As the only region of Europe that faces significant violence as a component of its political transformation, the Balkans struggle with many lingering problems that the rest of Europe avoided in its integration process.

The EU struggles, then, to calibrate its reaction to the slow progress of the Balkan states. Officials don’t want to give large rewards for too little progress for fear that states won’t be pushed to make the big changes that are necessary. But they also don’t want states to get discouraged, and pro-EU politicians need something to show for their hard work and fight against ultra-nationalists.

Serbia is a C student on the accession issue, neither as bad as feared but not as good as hoped. War criminal Radovan KaradÅ¾iÄ‡, for instance, is finally in custody after more than a decade in hiding, but Ratko MladiÄ‡ is still at large. The Serbian parliament has apologized for Srebrenica, but hasn’t called it genocide. Serbia has qualified for associate status. But candidate status will have to wait for another day.