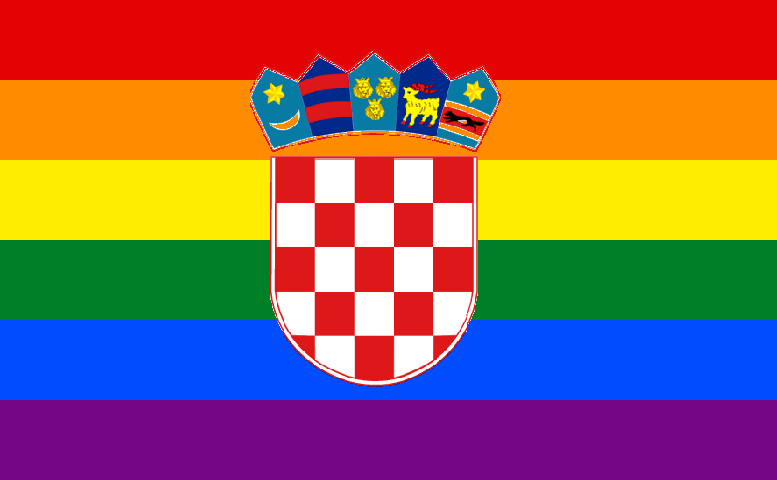 A young trans boy in Croatia recently became the first in the country to change his legal gender without surgery. (Photo: Wikimedia Commons)

A Banner Week for Trans Rights

Four years ago, a 14-year-old boy and his mother began fighting for his right to live like any other teenager. He was like his peers in many ways, except that his important papers, such as his birth certificate, marked him as female. Thanks in part to hormone therapy, friends and strangers alike knew him as the boy he really was.

But to the government, his school, and the medical system he was marked as a girl. Fortunately, he was luckier than most trans* youth in Croatia (“trans*” is used here to capture all the identities that fall outside traditional gender norms—read more here and here). His mother supported him and dedicated her life to fighting for her son’s right to live in accordance with his gender identity.

When the mother and son requested from authorities the change from “female” to “male” in all his documents, their requests were rejected. While Croatian law at the time mandated only that “appropriate medical documentation” was needed to change the gender marker, authorities freely interpreted “documentation” to mean proof of undergoing an irreversible, risky, invasive, sterilizing genital surgery.

The mother-son team lived through years of legal déjà vu, filing complaint after complaint, only to see them rejected. But then, in the same week India’s Supreme Court recognized transgender people as a third gender after over three grueling years in court, the boy got some good news. The Croatian ministry of public administration declared that the boy’s documents would finally reflect his true gender, making him the first person in the country to change legal gender without surgery.

During this struggle in Croatia, Trans Aid came together in February 2012 as the only organization in the Western Balkans committed to advancing trans rights. We followed his case closely, watching it move through the legal system, from lower-level Croatian courts to Croatia’s Constitutional Court to the European Court of Human Rights. We welcome this historic decision as it advances our advocacy work to revise the overall requirements for official “change of sex or live in a different gender identity.” Though current regulations explicitly state that medical treatment such as hormone therapy and surgery cannot be mandated preconditions for legal gender recognition, the policy is not practiced by authorities.

For safety reasons, I can’t share the boy’s real name. Unfortunately, like other news about trans* rights, his case didn’t get sufficient media attention. Even though the Obama administration says that protecting LGBT rights is an integral part of U.S. foreign policy, the Balkans remain unsafe for trans individuals. Despite being relatively progressive compared to other countries in the Balkans, Croatia has a very narrow view of sex and gender based solely on genitals and chromosomes. Those who don’t conform are denied basic rights and face violence. In such a patriarchal, predominantly Catholic society, this rigid definition makes it dangerous to be trans, inter, and gender-variant.

In 2013, a taxi driver beat up a girl kissing her girlfriend, claiming he thought she was a drunk man as an attempt to exonerate himself. In 2012, there were two cases of a gay couple and a lesbian couple being severely beaten because they were perceived as being gay. Another incident occurred where a youth forcibly undressed another youth in an attempt to “determine” his sex and “prove” he was not male. Witnesses in all incidents did not react.

However we look at it, these and other examples demonstrate that if someone’s sex, gender, sexual orientation, or gender expression does not fit in the black-and-white world of “male” and “female,” people react with violence. The longer we stick to such rigid gender norms, the longer we will condone violence and expect such behavior, particularly from men.

With the recent surge of right-wing conservatism in Croatia and throughout Eastern and Western Europe, public education on equality as a collective issue is needed more than ever. We must broaden solidarity, strengthen our communities, and break down the barriers that gender norms create.