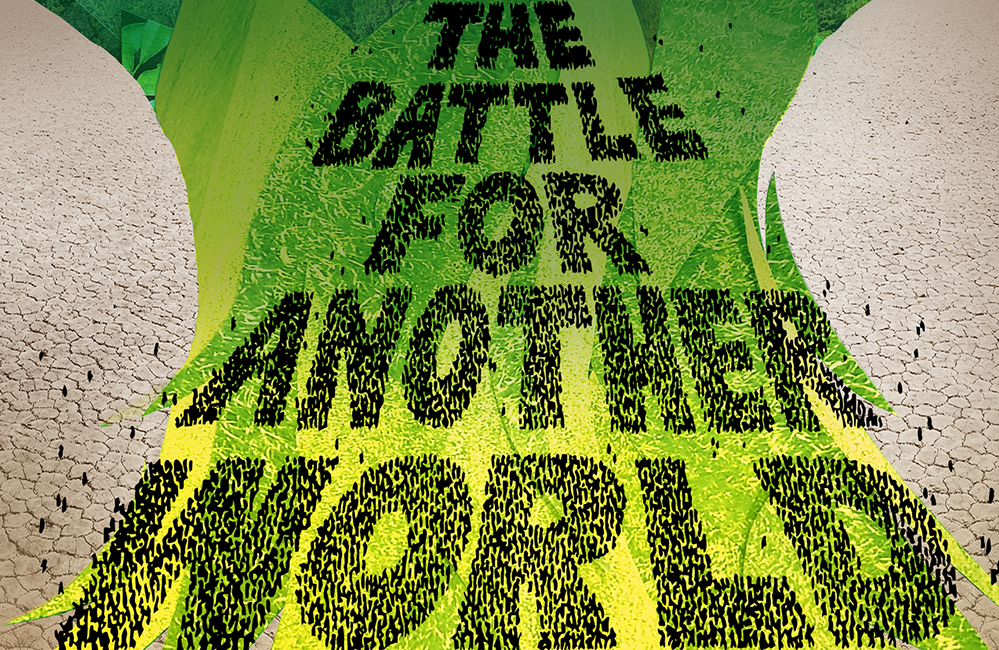 The Battle for Another World / Institute for Policy Studies

Inside the Battle for Another World

Understanding how the new right went global — and how to stop it — is key to keeping our planet habitable.
By John Feffer | December 4, 2019

A succession of social upheavals over the last decade has radically realigned political power throughout the world.

As a result of these tectonic shifts, what had once been on the furthest fringes of the right has now moved toward the center while the left has been pushed to the margins. “Things fall apart; the centre cannot hold,” poet William Yeats wrote at a time of similar political churn in 1919. “The best lack all conviction, while the worst are full of passionate intensity.”

Today, 100 years after the publication of Yeats’s poem, those who are full of passionate intensity now rule over considerably more than half the world’s population. Many of these leaders — Donald Trump (United States), Jair Bolsonaro (Brazil), Narendra Modi (India), Viktor Orbán (Hungary), Recep Tayyip Erdoğan (Turkey), Rodrigo Duterte (Philippines) — have come to power democratically but are determined to undermine democratic institutions.

Their political rise has often been supported by more conventional conservative parties. They have aligned themselves on an ad hoc basis with other authoritarian leaders who owe their positions to military coups, one-party deliberations, or dynastic succession. Further to their right, a set of avowedly racist organizations and networks provide ideas, messaging, and sometimes muscle for these leaders of the new right.

This is not a normal oscillation in electoral power. The new right has set about reordering the political landscape. Mainstream parties have lost credibility. Politics have become even more polarized. Not just liberalism but democracy itself is under attack.

Nor will the guardrails of democratic governance necessarily contain the ambitions of these new right-wing leaders. They have challenged constitutional, legislative, and judicial restraints. They have attacked the cornerstones of civil society, including the press and other watchdog institutions. They aspire to become leaders for life (like Vladimir Putin, in charge since 1999) or to establish parties that govern with little opposition for decades on end (like Japan’s Liberal Democratic Party, in power almost continuously since 1955).

Rhetorically, the new right is focused on securing borders, protecting sovereignty, and challenging global elites. These leaders use the language of nationalism and particularism. They speak in the name of imagined majorities that are racially or religiously homogeneous.

Despite this obsession with strengthening the nation-state, this new right has increasingly been active across borders. States and parties have created alliances, with transnational activists like former Trump advisor Steve Bannon aspiring to build a kind of Nationalist International. Extremist civil society organizations have promoted a climate of intolerance that nurtures the political ambitions of right-wing populist leaders. White nationalists in particular have created alternative digital platforms to spread their messages and recruit new members across the globe.

Progressives have organized locally and nationally to respond to the new right. But ironically, given their historic internationalism, progressives have been slow to work across borders — in a sustained, coordinated manner — in response to the new transnational assault on democracy. This dilute internationalism coincides with both the new right’s attacks on global institutions and an intensification of various global threats such as climate change, pandemics, widening economic inequality, and weapons proliferation.

“Internationalism is now a problem for the left,” observes Gadi Algazi of Tel Aviv University, “and a reality for the right.”

In a new report, The Battle for Another World, I synthesize my conversations with more than 80 activists, analysts, and academics around the world. The report analyzes the rise of the new right, its connections to other far-right actors, and its new global aspirations. It surveys the current state of transnational progressive organizing. It outlines the challenges to that organizing and identify both lessons learned and best practices. And it concludes with a discussion of what’s missing from a robust, multi-issue, progressive transnationalism and how to fill those gaps.

Key conclusions from this report include:

As the twenty-first century began, progressives famously proclaimed that “another world is possible.” They imagined a world beyond rote democracy and the rapacious market.

With the longstanding liberal-conservative status quo now crumbling, the new right has not only taken up this call, it is putting it into practice. This construction of “another world” — an intolerant, anti-democratic, unsustainable world — can be stopped before it is too late. But it requires that the best of us regain the conviction that Yeats described — not just to counter the new right, but to save the planet from ruin.

John Feffer is the director of Foreign Policy In Focus and author of the report The Battle for Another World: The Progressive Response to the New Right.