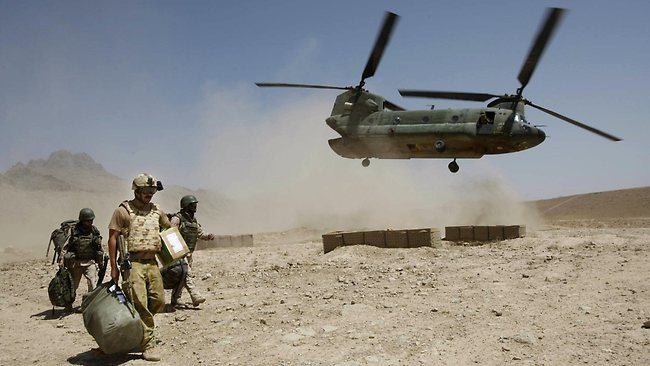 If Sgt. Bergdahl Deserted, Maybe the Military’s Afghan Strategy Was to Blame

The United States military placed its troops in harm’s way by spreading them too thin across Afghanistan.
By Russ Wellen | June 11, 2014

In the New York Times, Richard Oppel and Eric Schmitt report that much has been written about Sergeant Bowe Bergdahl since his release “suggesting that he was a misfit soldier in something of a misfit platoon that stumbled through its first months in Afghanistan and might have made it too easy for him to walk away, as his fellow soldiers say he did.”

But lapses in discipline and security within the Second Platoon, Blackfoot Company in the First Battalion, 501st Regiment, they write

… in many ways reflected those of the Pentagon’s strategy writ large across Afghanistan at that moment of the war. The platoon was sent to a remote location with too few troops to seriously confront an increasingly aggressive insurgency, which controlled many villages in the region. The riverbeds they used as roads were often mined with improvised explosive devices, or I.E.D.s; simply getting supplies or traveling back to their home operating base could be a nerve-racking ordeal.

To get a sense of that watch the film Restropo directed by journalist Sebastian Junger and the late photojournalist Tim Hetherington. Bergdahl’s service coincided with a period when troop levels had been reduced. (Though Obama later sent more, ideally, we should have withdrawn at the time.) The platoon’s medic told Oppel and Schmitt:

“He got excited during certain parts of fighting, but for the vast majority of the time, he was disillusioned when we had to be boots-on-the-ground infantrymen,” [but] Sergeant Bergdahl showed more interest in humanitarian activities, like passing out food or medical supplies to Afghan villagers or helping Afghan soldiers repair their buildings, and seemed disappointed that the Army was not more like “a kind of Peace Corps.”

True, walking off into a hostile region of Afghanistan suggests an element of self-destructiveness in Bergdahl’s psychological make-up. But he also demonstrated courage, as well as, if it weren’t for the presence of a Taliban, a trust and faith in the Afghan people that may have been reciprocated.