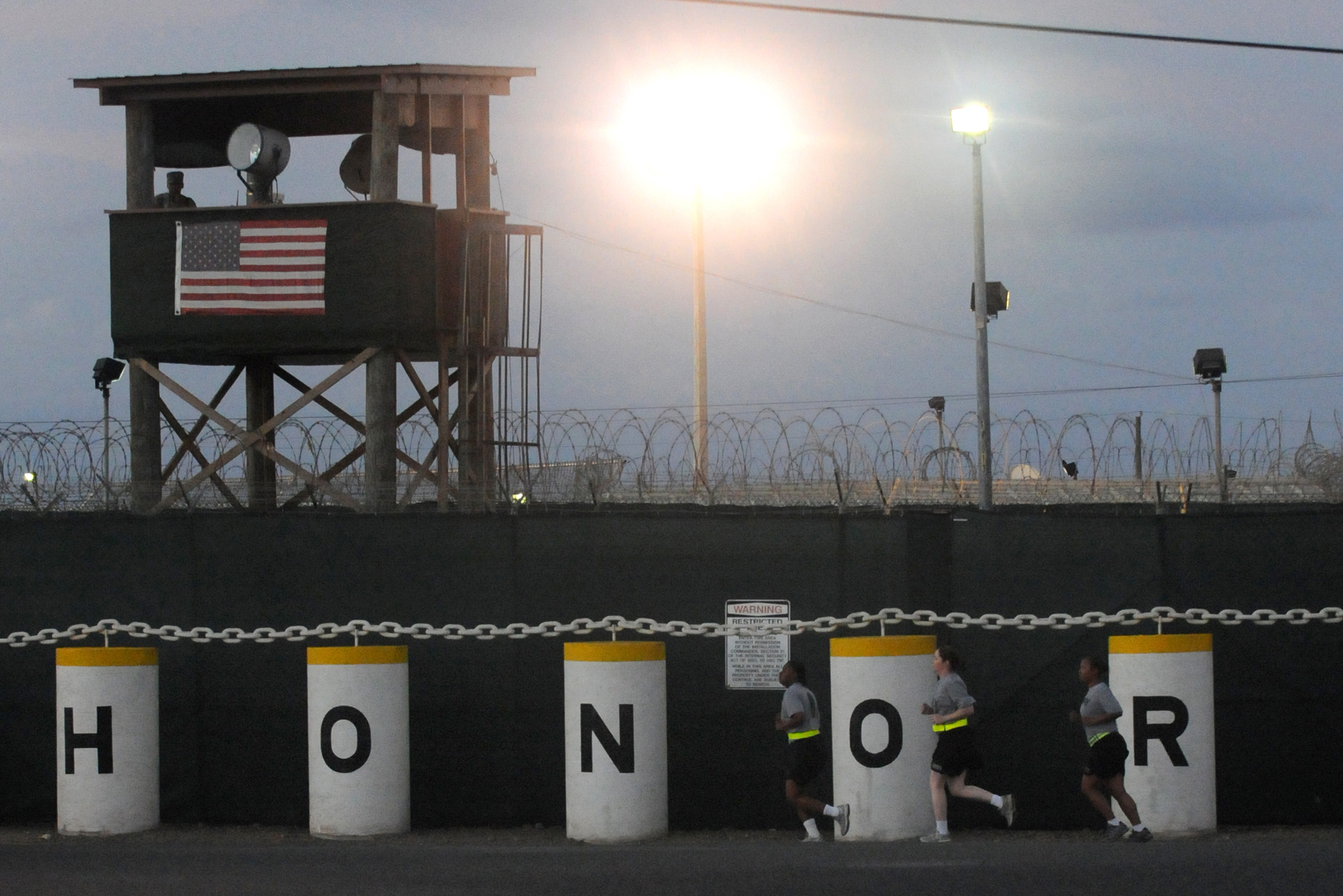 The Best Way to Close Guantanamo? Give It Back to Cuba.

In one fell swoop, President Obama could erase the stain of Guantanamo and make major headway on normalization with Cuba.
By Alli McCracken | January 11, 2016

President Obama should be given props for the progress made in thawing U.S.-Cuban relations, but there’s a piece of unfinished business on the island that he could — and should — still attend to: returning the U.S. naval base at Guantanamo to the Cuban people.

In doing so, he could also solve another dilemma that’s plagued his administration: closing the Guantanamo prison.

In November 2015, CODEPINK brought 60 delegates to the city of Guantánamo for an international conference about the abolition of foreign military bases. To explore the impact of the Guantánamo naval base on the Cuban people, we took a trip to Caimanera — a small town of 11,000 people that abuts the U.S. naval base on the southeastern coast of Cuba.

Caimanera is hot and humid. Small, colorful, but dilapidated houses pack the narrow town streets. There are crowded sidewalk cafes where highly coveted WiFi is available. In the middle of town there’s an impressive central plaza decorated by statues of Cuban revolutionary heroes and surrounded by schools, a community cultural center, Committee of the Defense of the Revolution offices, and more.

Since 1903, Caimanera has been a neighbor to a 73-square-mile U.S. naval base. Before the 1959 Cuban Revolution, Caimanera bustled with visiting American civilians and Marines from the base who poured million of dollars into the tourist industry — mostly through bars and prostitution. Thousands of Cubans were employed on the naval base. After the revolution led by Fidel Castro, the U.S. severed relations with Cuba and U.S. military personnel were restricted to the base. The Cuban government stopped cashing Washington’s annual $4,085 rent checks and demanded that the land be returned to the Cuban people.

As our buses pulled into the town, it was as if the entire community had come out to greet us. Men in suits, women in work uniforms, people holding large banners calling for the closure of foreign military bases, and hundreds of children in their school uniforms all lined the streets, smiling at us and waving Cuban flags. In fact, the whole town had come out to greet us, and they looked positively thrilled that we were there.

We spent the day touring the town with the mayor and the governor of the province of Guantánamo. We visited a lookout point where we could see Cuba’s unwelcome neighbor through binoculars. The U.S. naval base, we were told, is an illegal occupation of Cuban land that violates the territorial sovereignty of the island. The base sits on a critical part of the bay that would vastly improve the local economy if the land were returned. They believe, as Raul Castro has said, that the closure of the base is a condition for the full normalization of relations between the two nations.

One part of the base that our Cuban hosts find particularly egregious is the infamous Camp X-Ray and the other buildings that form the U.S. military prison that’s housed 779 prisoners from the “war on terror” since January 11, 2002. The Cubans are well aware of President Obama’s 2008 campaign promise to shut down the prison and his subsequent failure to follow through. Seven years later, 105 prisoners still languish there.

January 11 marks 14 long years since the first prisoners arrived at the notorious prison. Human rights activists and advocates across the world are demanding Obama utilize his executive powers to close the prison and put an end to this blight on America’s history.

Blaming Congress for the hold up in closing the prison, President Obama has run out of excuses. Some of Obama’s top Guantánamo experts have argued that the President doesn’t need congressional approval to close the prison — after all, President Bush didn’t get congressional approval when he opened it. They claim that according to the Constitution, Congress cannot specify facilities in which particular detainees must be held and tried.

In his last year in office, President Obama must right two wrongs that would help salvage his legacy: Close the U.S. military prison at Guantanamo, and announce a willingness to close the naval base there as well — and then return the land to the Cuban people.

President Obama has said he’d like to visit Cuba before leaving office. Wouldn’t it be grand if he visited Caimanera to announce the closure of the prison and return of the lovely Cuban seaport to its rightful owners? The people of Caimanera — indeed people the world over — would come out to cheer him.

Alli McCracken (@allimccrack) is the National Coordinator of the peace group CODEPINK, which is based in Washington, DC. In 2015 she co-led three delegations to Cuba to celebrate diplomacy and learn about the normalization of relations. Sign up now to join CODEPINK in Cuba on May Day this year!