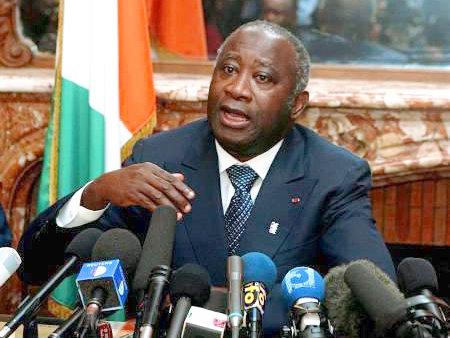 The standoff in Cote d'Ivoire is over. Here's how to break the cycle of violence.
By Abena Ampofoa Asare | April 25, 2011 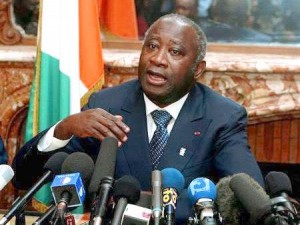 After the drama of Laurent Gbagbo’s capture in Abidjan, international attention has swung away from Cote d’Ivoire. At the precise moment when external voices for justice are most necessary, the cameras and critics seem to have moved on. Reducing Cote d’Ivoire’s political struggle to the recent presidential contest is a profound misunderstanding of the complexity of the Ivorian conflict and a sure way to miss the path toward peace. Until Ivory Coast’s future is detached from the personal fortunes of a rotating cast of strongmen, the country remains caught in a political cycle where the Ivorian people always lose.

Rewind 10 years and Laurent Gbagbo is a champion of democracy seizing national power after General Robert Guéi defies election results. Fast forward to 2011 and Gbagbo has become the recalcitrant leader deposed by President-elect Alassane Ouattara’s troops after a contested election. A decade ago, democratic elections did not inoculate the country against continuing instability and violence; it would be naïve to expect the fact of electoral democracy to usher in national reconciliation in 2011.

Both Gbagbo and Ouattara have shown themselves ill-equipped to lead the hard work of peace building in a divided society. Both are deeply ingrained within the fabric of Ivorian politics and have been figureheads since the days of Félix Houphoüet-Boigny, the grand old man of Ivory Coast, whose autocratic leadership set the stage for today’s instability. Both Gbagbo and Ouattara have run for president multiple times, both men are implicated within the protracted civil conflict, and now, both have mounted victorious campaigns of civil violence to assert their right to lead.

The Illusion of Reform

The failures of Laurent Gbagbo are glaring. A Sorbonne-educated history professor, former trade unionist, and democracy activist, Gbagbo worked for decades to challenge Houphoüet-Boigny’s autocratic rule only to morph into yet another “leader” willing to jeopardize his people’s future to build up his own power. During his years as president, civil conflict broke out regularly, human rights abuses were swept under the rug, and Ivorians grew progressively poorer.

Then there are the failings of Alassane Ouattara, the IMF economist and former Prime Minister recently installed as president. After narrowly winning the 2010 national elections, Ouattara was reduced to calling for French and UN soldiers to occupy his country and “neutralize” his countrymen. This is not the act of a wise leader in a country emerging from civil conflict.

By requesting French boots on Ivorian soil, Ouattara blundered into the controversy about France’s continuing role in the fortunes of one of its most profitable former colonies. In 2004, France destroyed the entire Ivorian air force in retaliation against strikes that killed nine French soldiers stationed in the country’s northern region. Six years ago, French helicopters were dropping concussion grenades and tear gas on urban Abidjan and French troops clashed with street crowds. Now, France’s attempt to fashion itself a disinterested humanitarian force in this same territory is ludicrous; purveyors of violence one day cannot claim to be peacekeepers the next. By aligning himself with Sarkozy’s force, Ouattara has created another roadblock in his search for credibility as a national leader.

The Business of Reconciliation

The most important obstacle to national integration, however, is the obscene scarcity that fuels the country’s regional competition and insecurity. In Cote d’Ivoire the path to peace runs straight through the cocoa groves of the Eastern region. Ivorian farmers have long been fighting for fair prices, government investment, and bargaining power in an economic arena dominated by powerful foreign companies like Cargill (United States), Archer Daniels Midlands (United States) and Barry Callebaut (Switzerland). These businesses undermine cocoa cooperatives and underpay farmers for a crop whose price on the international market is sky high. Cocoa cooperatives have never stopped requesting support from a government with little interest in their ability to create a fair livelihood. Cocoa workers called strikes in 2008 and 2009, and launched constant protests. Yet in a country so divided, collective action has its limits.

Ivory Coast produces a third of the world’s cocoa, and yet more than 50 percent of the population live on less than a dollar a day. This unnecessary poverty has helped create an overlapping jigsaw of religious, regional, and ethnic tensions. Until the Ivorian government stops bleeding the cocoa sector and instead supports farmers in creating a more just engagement with the global economy, the legacy of the civil war will continue to sap the Ivorian body politic.

Beyond the sundry activities that cajole armed men to put aside their weapons for a time, a “peace process” must involve sustained efforts to address the causes as well as the consequences of violence. The same names—the icons of the civil war—engaging in the same modes of power politics cannot lead Ivory Coast into a new future.

As president, Ouattara must begin to prioritize national integration. He can begin by investigating and prosecuting the human rights atrocities of the past few months. He must pursue a politically liberal government that allows for the development of a new cadre of leaders not entirely entrenched in the old rivalries. He should commit to remaining in power for only one term of fixed length in order to build local confidence in the intentions of his government. Most importantly, his economic program must tirelessly address social inequality and not conflate this with raw GDP growth.

The U.S. government should champion a national reconciliation program along these lines in order to establish true support for the Ivorian people. This time around, Washington must promote economic and social reforms instead of allowing the rhetoric of democracy and a steady stream of cheap cocoa to cover over a multitude of sins. Having so vigorously supported the presidency of Alassane Ouattara, President Obama should now call for a more rigorous peace process in Cote d’Ivoire.