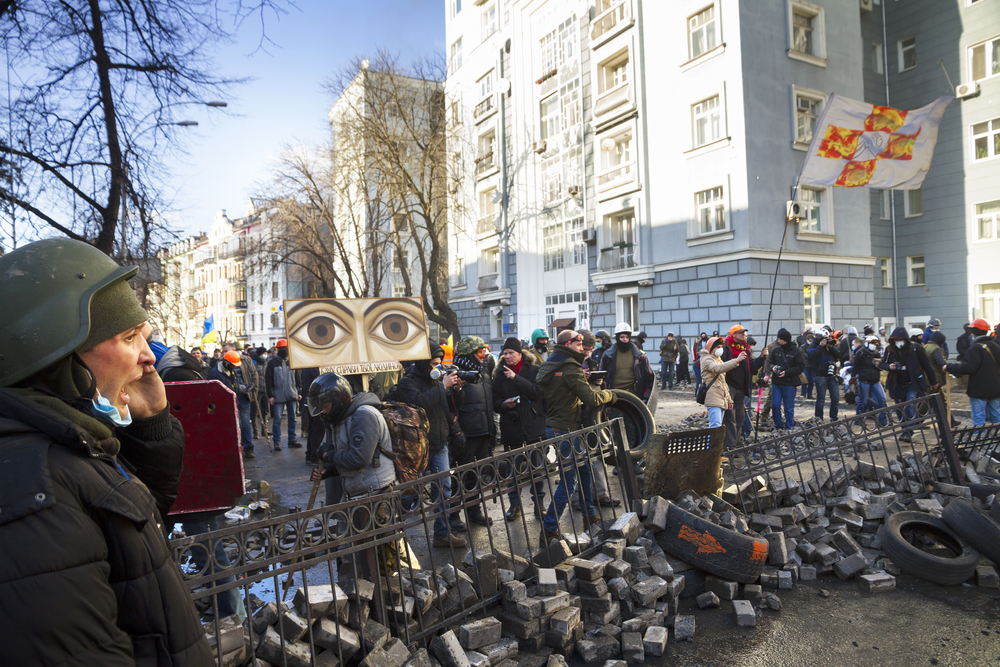 The U.S. has sent considerable military assistance to Ukraine. That aid needs to be linked to human rights concerns.
By Yulia Gorbunova | August 25, 2021

When Ukraine’s president, Volodymyr Zelensky, has his first meeting with U.S. President Joe Biden on August 30, he will be looking for reassurances and commitment from Washington. The U.S. has been a close supporter of Ukraine and has in recent years provided considerable financial, military, and security assistance.

Ukraine has been dealing with a lot. The government is fighting a war with Russian-backed armed groups in eastern Ukraine and is faced with staggering economic problems. Crimea remains occupied. Considering these challenges — and Zelensky’s professed commitment to high-level reform — the Biden administration might see fit to step back from pressing the Ukrainian government to put human rights on top of the list of priorities.

Though Biden himself, along with Secretary of State Antony Blinken, has repeatedly pledged to place human rights at the center of U.S. foreign policy, many have questioned that commitment, particularly as they watch the humanitarian disaster connected to evacuations in Afghanistan unfold.

But a failure in one area doesn’t mean the U.S. should abandon human rights. Instead, Biden should make clear both publicly and privately that protecting and promoting human rights remains a key U.S. priority and that Ukraine’s fulfilment of its human rights obligations will only make it stronger. Asking hard questions is also the best way to demonstrate support for Ukraine’s civil society, which is often disregarded at the highest levels of decision-making.

One such hard question is about a pending bill to reform the Security Services of Ukraine (SBU). Western partners and domestic groups have long called for reining in  this abusive agency. But the current bill still provides the SBU with overly broad powers in intelligence and law-enforcement, while lacking sufficient human rights safeguards, and leaves large questions about control and oversight over the agency. That is alarming in light of the SBU’s past serious human rights violations, including running secret detention facilities and torturing detainees during the armed conflict in eastern Ukraine.

President Biden should ask Zelensky to put the bill on hold, listen to concerns raised by independent civic groups, and revise the bill to safeguard fundamental rights and freedoms.

In May, Ukrainian lawmakers adopted an important law bringing Ukraine’s legal framework on war crimes and crimes against humanity into line with international standards. This is crucial to ensure justice for grave crimes committed in the armed conflict. The Biden team should press President Zelensky to promptly sign it so it can go into effect.

Ukrainian authorities and security services frequently ignore or minimize the threat of violence  by far-right nationalist groups. A zero-tolerance policy against groups advocating hate and discrimination is needed to protect ethnic minorities, LGBTQ people, journalists, and rights activists, who remain at high risk.

Both leaders should ensure that the Ukrainian authorities don’t ignore the toll the ongoing war in the east has taken on the most vulnerable populations. While the government has relaxed some of the most stringent restrictions on movement, people who need to cross between areas under the control of Russia’s proxies and territories under government control — to receive their pensions or see family, for example — still face overwhelming hardships. Adopting a pending legislative reform to de-link the payment of pensions from a requirement to register as internally displaced would be a serious step to reduce the burden on older civilians.

Russian-backed armed groups continue to maintain arbitrary and disproportionate restrictions on movement, which has had a particularly devastating impact on displaced people and pensioners. These same de-facto authorities are also responsible for enforced disappearances, torture, and ill-treatment, and the arbitrary detention of dozens of people on spurious charges of “espionage” or “state treason.”

Conditions and access to medical treatment for detainees in the hands of the de-facto authorities in eastern Ukraine are extremely poor, and some detainees are facing dire health issues. Female detainees have no access to sexual or reproductive health resources. While Ukrainian authorities may not bear responsibility for these crimes, both Biden and Zelensky can offer public commitments to press for humanitarian access to these detainees, and Biden can urge Zelensky to submit to parliament legislation that would provide social and legal assistance to the detainees and their families.

There’s no need for Biden, or anyone else, to soft-pedal human rights concerns in Ukraine. Strengthening human rights is the best way to strengthen Ukraine’s democracy and security. The August 30 meeting is the perfect chance for both leaders to demonstrate and prioritize their democratic credentials.