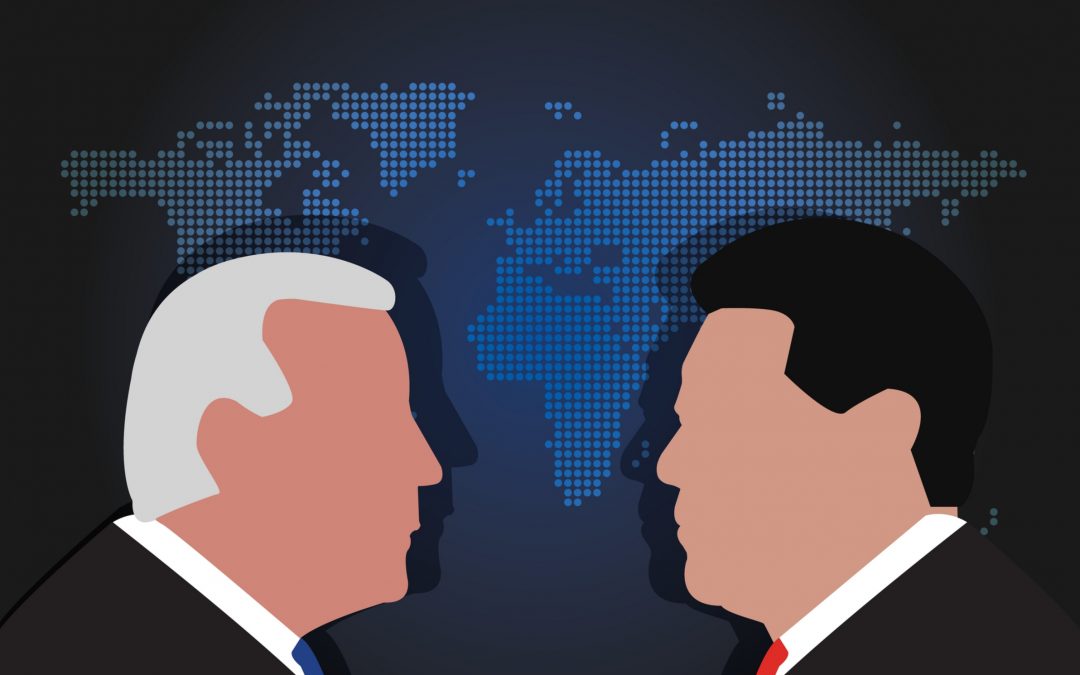 Biden’s Climate Pledges Are Incompatible with His Belligerence Toward China

Bipartisan belligerence and spiraling Pentagon budgets threaten to undermine global climate action just when we need it most.
By Lorah Steichen | July 27, 2021

This article was produced by Foreign Policy In Focus and In These Times.

This confrontational posture doesn’t just raise the risk of conflict — it also threatens to undermine global climate action just when we need it most.

Recently, my organization joined dozens of environmental and other advocacy organizations that sent a letter to President Biden and members of Congress urging an end to this antagonism toward China. Instead, we urge policy makers to prioritize multilateralism, diplomacy and cooperation for the sake of climate action.

The statement argues that the increasingly hostile, anti-China rhetoric and policy proposals from lawmakers on both sides of the aisle ​“risks undermining much-needed climate cooperation” to address ​“the existential threat that is the climate crisis.

After Trump’s tumultuous tenure, diplomatic relations have continued to deteriorate under the Biden administration. Predictably, Beijing has responded to Washington’s posturing with economic sanctions and military build-up of its own.

While the administration has signaled that it can shield climate diplomacy from the more confrontational facets of the bilateral relationship, escalating tensions between the two countries suggest otherwise. A visit by U.S. climate envoy John Kerry this April produced a joint pledge by the two governments to reduce emissions, but no concrete steps to work together. ​“Since then,” the New York Times reports, ​“cooperation on any issue has been scarce. Instead, there has been an almost daily exchange of recriminations.”

In July, China’s vice foreign minister complained that the United States was ​“demonizing” China as an ​“imagined enemy,” blaming Washington’s ​“whole-of-government and whole-of-society campaign” to ​“bring China down” for the diplomatic stalemate.

The flagrant anti-China rhetoric coming from Washington also feeds directly into the dangerous trend of growing anti-Asian racism and violence in the United States. And it’s being used to justify throwing more money at the Pentagon.Anti-Asian hate crimes are increasing right alongside the U.S. military budget.

That military spending is itself an enormous contributor to climate change. While the Pentagon’s emissions already exceed those of many industrialized nations, President Biden’s military budget proposal hikes military spending beyond $750 billion a year. And the Senate Armed Services committee recently approved an additional $25 billion beyond that.

Supporters of a more confrontational U.S. China policy often point to China’s human rights record as an argument against engagement. What they don’t explain is how aggression is supposed to help.

It’s true that China’s actions in Xinjiang, Tibet, Hong Kong and elsewhere have included dire human rights abuses. But military competition and economic confrontation are at best irrelevant and at worst counterproductive to the cause of human rights. U.S. belligerence toward China has only inflamed Chinese domestic nationalism and led the Chinese government to double down on current policies. Military build-ups can lead to U.S. abuses as well — as we’ve seen from Afghanistan to Iraq to Guantanamo Bay prison — which China often uses to justify its own.

In short, diplomacy is our best hope for both climate action and human rights.

Instead of igniting a new Cold War, we need to work together to implement just solutions to the climate crisis. That necessarily begins with the United States doing its fair share, including making urgent emissions reductions at home and scaling up international climate finance for developing countries. Right now, the administration is calling for less funding to the UN’s Green Climate Fund in a year than would go to the Pentagon every day.

We also need to invest in strong international partnerships rooted in cooperation, resource sharing and solidarity. And we need to develop global frameworks for green investments and industrial policy.

While the United States far outpaces China as the biggest carbon polluter in history, today the two countries account for nearly 40 percent of global emissions. Both countries would bring complementary strengths to a global clean energy transition, and there is no solution to the climate crisis that excludes one of us.

For global crises, frameworks of competition only reinforce mutual insecurity. The United States and China each have stated commitments to cooperate with each other and other countries to tackle the climate crisis. Whatever other challenges there are in that relationship, we need to build on that foundation — not demolish it by starting a new Cold War.

Lorah Steichen is the outreach coordinator for the National Priorities Project of the Institute for Policy Studies, one of over 40 groups to sign a letter calling on the Biden administration to prioritize climate diplomacy with China.