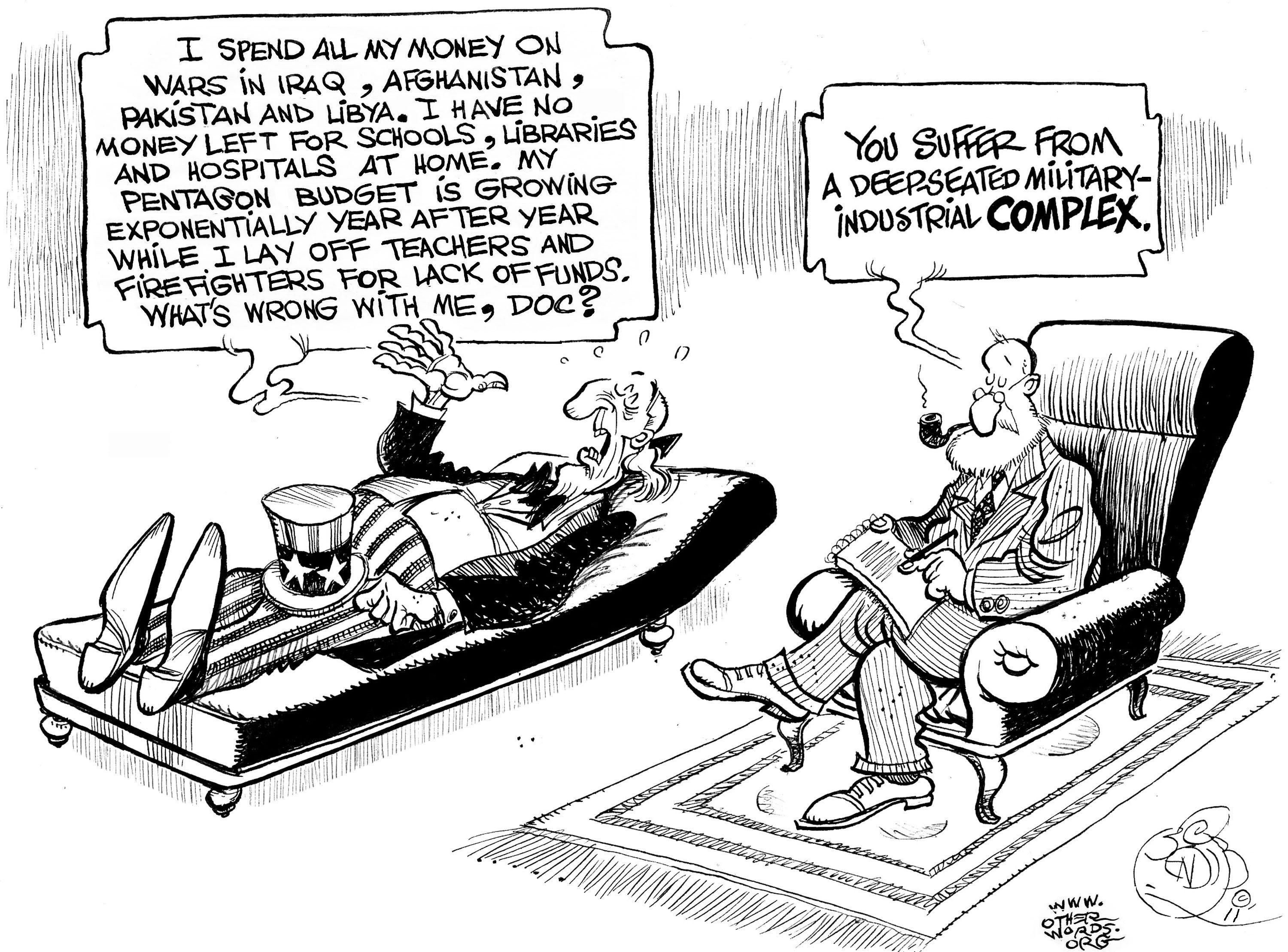 Military contractors have shelled out over $1 million to the 2016 presidential candidates — including over $200,000 to Hillary Clinton alone.
By Rebecca Green | April 27, 2016

The 2016 presidential elections are proving historic, and not just because of the surprising success of self-proclaimed socialist Bernie Sanders, the lively debate among feminists over whether to support Hillary Clinton, or Donald Trump’s unorthodox candidacy.

The elections are also groundbreaking because they’re revealing more dramatically than ever the corrosive effect of big money on our decaying democracy.

Following the 2010 Citizens United Supreme Court decision and related rulings, corporations and the wealthiest Americans gained the legal right to raise and spend as much money as they want on political candidates.

The 2012 elections were consequently the most expensive in U.S. history. And this year’s races are predicted to cost even more. With the general election still six months away, donors have already sunk $1 billion into the presidential race — with $619 million raised by candidates and another $412 million by super PACs.

After all, war is a profitable industry. While millions of people all over the world are being killed and traumatized by violence, a small few make a killing from the never-ending war machine.

During the Iraq War, for example, weapons manufacturers and a cadre of other corporations made billions on federal contracts.

Most notoriously this included Halliburton, a military contractor previously led by Dick Cheney. The company made huge profits from George W. Bush’s decision to wage a costly, unjustified, and illegal war while Cheney served as his vice president.

Military-industrial corporations spend heavily on political campaigns. They’ve given over $1 million to this year’s presidential candidates so far — over $200,000 of which went to Hillary Clinton, who leads the pack in industry backing.

These corporations target House and Senate members who sit on the Armed Forces and Appropriations Committees, who control the purse strings for key defense line items. And cleverly, they’ve planted factories in most congressional districts. Even if they provide just a few dozen constituent jobs per district, that helps curry favor with each member of Congress.

Thanks to aggressive lobbying efforts, weapons manufacturers have secured the five largest contracts made by the federal government over the last seven years. In 2014, the U.S. government awarded over $90 billion worth of contracts to Lockheed Martin, Boeing, General Dynamics, Raytheon, and Northrop Grumman.

Military spending has been one of the top three biggest federal programs every year since 2000, and it’s far and away the largest discretionary portion. Year after year, elected officials spend several times more on the military than on education, energy, and the environment combined.

Lockheed Martin’s problematic F-35 jet illustrates this disturbingly disproportionate use of funds. The same $1.5 trillion Washington will spend on the jet, journalist Tom Cahill calculates, could have provided tuition-free public higher education for every student in the U.S. for the next 23 years. Instead, the Pentagon ordered a fighter plane that can’t even fire its own gun yet.

Given all of this, how can anyone justify war spending?

Some folks will say it’s to make us safer. Yet the aggressive U.S. military response following the 9/11 attacks — the invasions of Iraq and Afghanistan, the NATO bombing of Libya, and drone strikes in Pakistan and Yemen — has only destabilized the region. “Regime change” foreign policies have collapsed governments and opened the doors to Islamist terrorist groups like ISIS.

Others may say they support a robust Pentagon budget because of the jobs the military creates. But dollar for dollar, education spending creates nearly three times more jobs than military spending.

We need to stop letting politicians and corporations treat violence and death as “business opportunities.” Until politics become about people instead of profits, we’ll remain crushed in the death grip of the war machine.

And that is the real national security threat facing the United States today.

Rebecca Green is an intern with the women-led peace group CodePink.