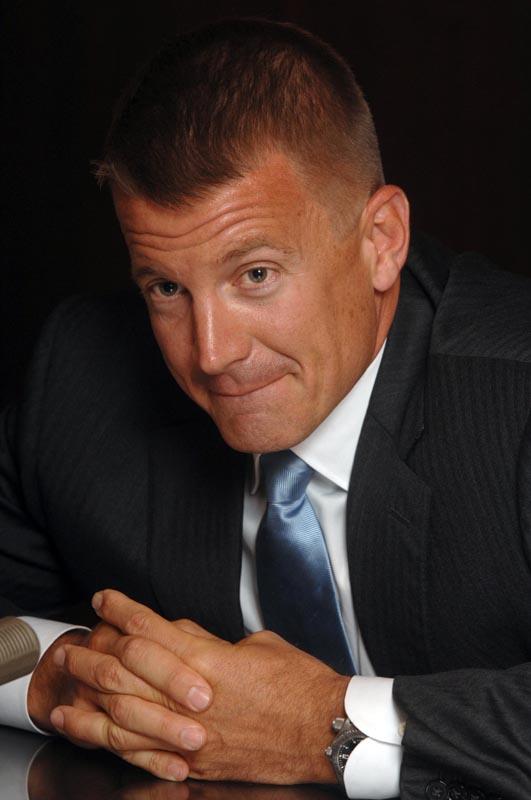 The Obama administration continues to award contracts to the private military contractor Blackwater/Xe, despite its seriously troubled history.
By Fouad Pervez | August 6, 2010 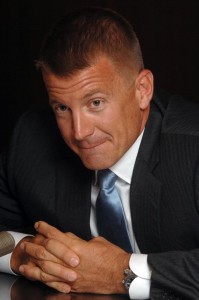 Blackwater (rebranded as Xe in an effort to escape the negative publicity associated with their former name), recently received a $100 million contract from the CIA to secure its bases in Afghanistan. The State Department also awarded them $120 million to provide security for new diplomatic buildings, including consulates outside Kabul, giving the firm a total of $220 million in new contracts in Afghanistan. This seems remarkable, given the extremely negative image Blackwater has throughout the world. That people even know about a private security company is a bad sign in itself. Not surprisingly, CIA Director Leon Panetta had to go on the offensive to defend the contracts.

The contracts are certainly problematic. But the real issue is not Blackwater itself, but U.S. military grand strategy.

From a financial aspect, it is not surprising that Blackwater got the contracts. For the CIA contract alone, Blackwater bid a full $26 million below the next lowest bidder, quite significant considering the contract was for $100 million. This low bid was made possible largely by the many huge contracts Blackwater received in Iraq. With close ties to the Bush administration, Blackwater was the 12th largest contractor in Iraq, even though it was not tasked to build embassies and roads. They pulled in almost $500 million between 2004 and 2006. They are the State Department’s most frequently used security contractor and get 90 percent of its money from the government, two-thirds of which are no-bid contracts. Thus, Blackwater built a comparative advantage over its rivals during the Bush years. This advantage, which the company still enjoys today, enables Blackwater to bid lower amounts since their profit margins are not as tight as other companies.

However, the reason companies like Blackwater, even with their troubling histories, are in demand in the first place has to do with U.S. grand strategy. American foreign policy has become increasingly aggressive over the years, under both Republican and Democratic administrations. It is not just increased aggression, but increased residency — we keep a presence in more places than before. For instance, there are more than 850 U.S. military bases overseas, a number that does not include bases in Iraq, Afghanistan, or other sensitive locations. An all-volunteer army exacerbates the problem, as there are fewer troops to handle a larger mission. Engaged in two major conflicts in Iraq and Afghanistan and maintaining bases and troops in over 100 countries translates into serious military overstretch. American foreign policy from the 1940s on, especially toward Western Europe, has been consistently geared toward global hegemony. Instead of passing the buck to Western Europe at critical junctures when it would have been better and cheaper to do so, the United States undermined Western European efforts to gain military independence and autonomy during the Cold War because it was more concerned with global hegemony than the Soviet threat.

The United States seems unwilling to scale back its global military presence. The Obama administration’s National Security Strategy no longer explicitly opposes the rise of any real competitor. But the divergence with the Bush administration approach is somewhat cosmetic. Obama does call for a decrease in direct uses of power and acknowledges that America has no real rival, but does not rule out unilateral action and, more importantly, calls for a maintenance of the level of U.S. military superiority. More troops are necessary to keep up with the mission.

This is where private military contractors like Blackwater become important. These modern-day Hessians provide America a significant amount of needed foot soldiers. They come with other perks as well — they are often beyond the reach of military rules of law, allowing them greater discretion in inflicting disproportionate force to pacify areas. More significantly, increased Blackwater troops mean fewer official U.S. troops. Private military troops now outnumber U.S. troops in Afghanistan. The advantage of a private military to a political leader is the public cost. Military deaths play a significant role in American foreign policy. The rising troop deaths in Vietnam eventually turned the public against that war. However, if the soldiers are increasingly from private companies, public costs decline. Except for the occasional anomaly, such as the hanging of four Blackwater troops off a bridge in Fallujah, no news headlines announce the deaths of Blackwater soldiers.

But this increased U.S. military presence, so dependent on private contractors, has serious deleterious effects. The more troops, the more resistance. Tellingly, over 700 international relations scholars, who rarely agree on anything, opposed the Iraq War for this very reason: concern about negative ramifications of the U.S. military presence.

Blackwater Despite the Risks

Despite its horrific track record in Iraq, the connection between founder and former CEO Erik Prince and religious extremism, and the accusations that the company defrauded the federal government through phony billing, Blackwater might obtain a $1 billion contract from the U.S. government for work in Afghanistan next year. The comparative economic advantage Blackwater gained during the Bush administration explains why it’s positioned to win more contracts. But the lack of change in the overall U.S. mission of global military primacy explains why private military contractors like Blackwater have the impact they have in the first place.

Congress has begun to express some reservations about the contracts. A federal commission established to study wartime contracting slammed State Department officials in a hearing over the $120 million contract they awarded to Blackwater. They were unable to get an answer from officials as to how Blackwater’s history in Iraq figured into the contract. Rep. Jan Schakowsky (D-IL), a strong Blackwater critic, strongly condemned the contract, wondering “why any branch of the government would decide to hire Blackwater, such a repeat offender. We’re talking about murder…a company with a horrible reputation that really jeopardizes our mission in so many different ways.” Senator Carl Levin (D-MI) and Representative Jim Moran (D-VA) have also been vocal about questioning Blackwater contracts.

However, the real test is whether these contracts are reversed and/or future contracts are given in a much more limited manner or with much greater scrutiny of private military companies. Except for the initial protests from several members of Congress, there has been no new congressional activity on the contracts — no hearings or investigations scheduled.

However, even if Congress does eventually act, it will have addressed only part of the problem. Without either a shift away from maintenance of America’s current global military superiority or from the current U.S. military presence in over 100 countries, there will be a serious problem of military overstretch. By either adopting a more defensive role as an offshore balancer, or significantly scaling back its global military presence, or both, the U.S. military could ameliorate its overstretch problem. Short of that, contractors like Blackwater provide political leaders a convenient “out” from the problem of a draft, which could generate a major public backlash. Because of their economic and political utility, private military contractors like Blackwater will continue getting contracts, regardless of their toxic baggage.

Fouad PervezFouad Pervez is a contributor to Foreign Policy in Focus, where he writes on U.S. foreign policy and security issues in South Asia. He is currently pursuing his PhD in International Relations. He is a writer and policy analyst, and occasionally blogs on There is No Spoon. He can be reached at fouad0 at gmail dot com.