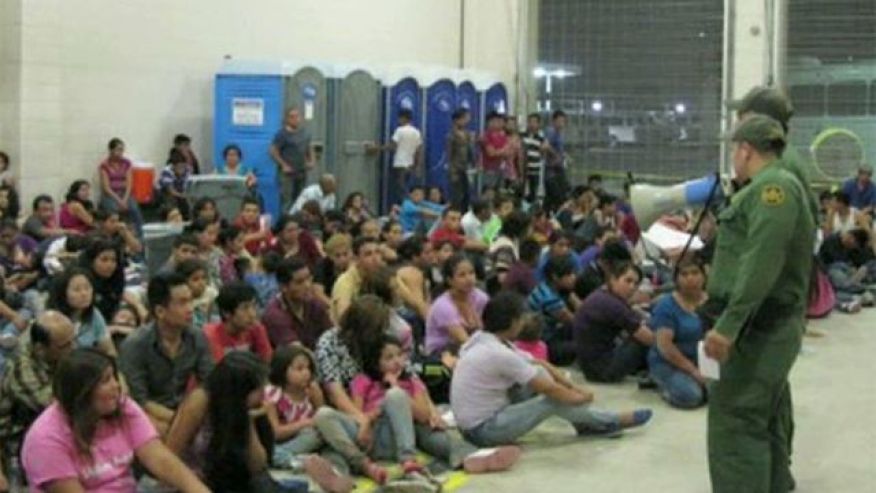 After three years of relative silence, the U.S. press has finally “discovered” the crisis of tens of thousands of unaccompanied minors piling up on the U.S. border. Although the coverage often began with moving stories of the hardships these young migrants faced, it soon turned ugly. For right-wing pundits and politicians, the “humanitarian crisis” has become a crackdown on kids.

The dominant narrative has been that foolish parents, perhaps duped by scheming criminal bands, are sending hapless children north to take advantage of loopholes in U.S. immigration practices.

This is just plain wrong. On every count.

First, parents and migrating youth are not naive. They usually know the dangers, which include injury, rape, extortion, kidnapping, and even death. Parents carefully consider the risks before making the decision to spend thousands of dollars to send their children away.

The three countries responsible for the increase in child migrants are Honduras, Guatemala, and El Salvador. Honduras has the highest per capita homicide rate in the world, with El Salvador and Guatemala in fourth and fifth place, respectively. In certain neighborhoods in these countries, the homicide rate is far higher than the already high national rate, and young people are the most at-risk of all.

That’s why many Central American parents have concluded that the greatest risk is keeping their kids at home.

Consider the case of David. Both David’s parents live in the United States, where they had hoped to bring their son up due to the violence in his neighborhood. Salvadoran gangs had been hounding the boy to join them. Sometime after he refused, his body was found decapitated in a vacant lot on July 12. He was 10 years old. Family members were afraid even to go to his funeral for fear of retaliation.

A study by the Office of the UN High Commissioner for Refugees found that more than half of the child migrants had reported fleeing violence and threats, and were likely eligible for international protection. If they’re deported, many could face the same fate as David.

An under-reported fact is that many parents are not sending their children north to be on their own. They are sending south for their children to join them in the United States.

I asked Father Alejandro Solalinde, who runs the Ixtepec migrant center in southern Oaxaca, about the sudden increase in minors migrating out of Central America. He replied that the increasing number of Central American children filling his shelter were the last link in a “chain of desperation.” The fathers migrated to support the families, then older brothers and sisters left to join the fathers, and finally mothers are leaving with the younger ones—or if the mother is already gone, they send for the children.

Children have a right to grow up with parents. Something is deeply wrong with economic integration and immigration policies that force them apart. Generations will carry the scars of separation, yet the issue of family reunification has scarcely surfaced in the current debate.

Rather than take any of this into account, the U.S. government has undertaken a propaganda campaign to convince Central Americans to stay put, as though the decision to migrate were a mere whim. While billboards popping up in Central America emphasize the risks of the journey, the State Department is focusing its efforts on “dispelling the misguided notion that these children will not face deportation proceedings.”

There is a perception that “lenient” U.S. immigration policies—and false promises from scheming human smugglers—have encouraged new generations of Central Americans to take their chances at the U.S. border.

But the UN survey of some 400 child migrants and families found that only two listed permissive U.S. immigration practices as their reason for migrating. And if anything, the U.S. border is more militarized than ever, with record deportation rates.

Moreover, while human trafficking and organized crime are indeed established problems on the border, it’s actually a result of border control that is too strict, not too lenient. Tighter U.S. border security measures have made it nearly impossible for migrants to cross alone.

As with drug prohibition, policies to criminalize migration have created a black market that real criminals have eagerly claimed as their own. Today, the cost of migration has skyrocketed, and drug cartels earn millions taking migrants north. This leaves migrants extremely vulnerable to extortion and abuse, since when they are defined as “criminals” or “illegals,” they have no recourse to defend themselves.

The steady increase in child migrants dates back to 2011. Although the U.S. government is not solely at fault, what we’re seeing is the cumulative effect of years of policy failure.

NAFTA pushed the Mexican migration rate up to half a million a year. In the first year of CAFTA alone, 11,457 jobs were lost in El Salvador, while the number of Salvadorans leaving for the United States increased from 507 per day to 740 per day. In Guatemala, transnational extractive projects are displacing indigenous and rural populations.

Honduras is the most dramatic case of a policy disaster. Following the country’s 2009 coup, which deposed the democratically elected President Manuel Zelaya, the U.S. government blocked a return to constitutional order by normalizing relations with the coup government. Post-coup Honduran governments have presided over rampant violations of human rights, a huge rise in organized crime, and a breakdown in the social fabric, leading to widespread delinquency.

The U.S.-funded drug war also accounts for much of the violence. Every war has its refugees. The war on drugs has proven to be no exception.

When counternarcotics efforts targeted drug lords in Mexico, they splintered traditional cartels and created violent rogue groups that spread throughout Mexico and into Central America. By fortifying abusive security forces in nations barely emerging from decades of military dictatorships, the drug war has meant a setback for both democracy and public safety.

The Best Interests of the Child

As the Obama administration and the right wing focus on how to keep the child refugees out of the country, too few have any concern for what domestic relations law calls “the best interest of the child.”

The House Progressive Caucus position, by contrast, has called on the U.S. government to uphold the children’s rights to due process and asylum, to provide adequate facilities for their care, and to review policies that contribute to forced migration, such as neoliberal trade policies and U.S. support for the drug war in Mexico and Central America.

The refugee crisis on the border is blowback for years of short-sighted policies that failed to consider the human consequences for the people of the region. If we fail to address these root causes, we will fail to solve the problem—no matter how much taxpayer money or Border Control we throw at it.

But most of all, we will fail the children.