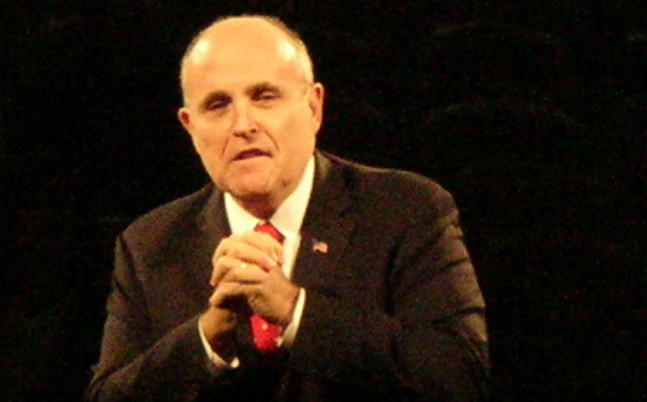 The State Department is about to veer sharply to the right.
By Derek Davison | November 15, 2016

The election of any new president brings some uncertainty about how that president’s administration will govern. But the uncertainty surrounding the incoming Donald Trump administration is greater than usual, for the simple reason that Trump was remarkably unclear and self-contradictory throughout the campaign. This may have worked to his advantage politically, as voters may have seen in Trump whatever they wanted to see. As tech billionaire and Trump supporter Peter Thiel put it, they took Trump “seriously but not literally.”

With the campaign over, though, Trump is now going to be forced to act, and that means taking decisive steps that cannot be changed from one day to the next or one interview to the next. Given Trump’s demonstrable ignorance and often outright mendacity on questions of foreign policy and national security during the campaign, anyone attempting to speculate about how his administration will approach those issues would be well advised to ignore what Trump has said and instead look at the people he selects as his top advisers and surrogates. Those advisers – many of whom are profiled here – are going to have wide latitude in shaping policy under a president who is, to say the least, a neophyte in these areas. And with “short lists” already being created of candidates for top positions in Trump’s administration, it’s possible to begin looking at the kind of people Trump wants advising him.

Secretary of State: Bolton or Giuliani

On Monday, the Wall Street Journal reported that Trump’s choice to be his first secretary of state had come down to two candidates:

Aides to President-elect Donald Trump are focusing on former New York City Mayor Rudy Giuliani and former U.S. Ambassador to the United Nations John Bolton as the leading candidates to be the next secretary of state, two people familiar with the process said.

The choice between the two would force Mr. Trump to choose between Mr. Giuliani, a longtime friend and ally in New York, and Mr. Bolton, a hawkish conservative diplomat who called last year for the U.S. to bomb Iran.

A final decision could be several weeks away, these people said.

Giuliani had previously been considered a leading candidate to serve as Trump’s first attorney general. It’s not clear whether his somewhat surprising entry into the secretary of state pool means he’s no longer under consideration to head the Justice Department.

From America’s Mayor to MEK Lobbyist

Rudy Giuliani, the former mayor of New York City who was in charge during the events of September 11, 2001, has leveraged the notoriety he gained that day into a post-mayoral career as a consultant, right-wing national security pundit, and failed presidential candidate (in 2008)—he “brazenly built a business on his 9/11 fame,” according to a 2008 Vanity Fair profile. What makes him a somewhat surprising choice as a finalist to run Trump’s State Department is that, 9/11 fame aside, Giuliani has no particular expertise in foreign policy, has never displayed any interest in foreign policy, and has shown no thinking on foreign policy that goes deeper than standard neoconservative boilerplate.

But Giuliani does fit the mold of a standard neoconservative.In 2008, a panel assembled by the Israeli newspaper Haaretz deemed Giuliani the “best” candidate for Israel, and only a couple of months ago he argued that the United States should “reject the whole notion of a two-state solution in Israel.” During the 2012 campaign, when then-candidate Newt Gingrich (who was until Monday also considered a top contender to be Trump’s secretary of state) called Palestinians “an invented people,” Giuliani reacted thusly:

I jumped up out of my chair and cheered for Newt when he said what he said about Palestine. Finally. Thank God. Someone is saying the right things about Palestine. Somebody has to question why are we creating a Palestinian state that’s going to be another terrorist state. Put Israel aside for a minute. Is it in the interest of the United States of America to create another state where they’re going to be training people to come over here and blow us up? Of course it isn’t. And somebody’s got to have the guts to stand and say that like Ronald Reagan said, “the Evil Empire.” Like Ronald Reagan said, “Tear down the wall.” We need somebody like that.

On Iran, Giuliani also hits all the neocon high notes. In 2012, for example, he criticized Barack Obama’s diplomatic outreach to Tehran and said, “We need a president who can say the words ‘bomb them’ and actually can do it if he has to protect us from Iran becoming a nuclear power.” In his speech at this year’s Republican National Convention, he echoed Trump’s statements that the Iran nuclear deal was “one of the worst deals America ever made,” opining that it “will eventually let them become a nuclear power” and that it has resulted in the U.S. “actually giving them the money to fund the terrorists who are killing us and our allies.” It’s not clear which “terrorists” he meant, but there’s no evidence that Iran funds the Islamic State, which has been doing most of the killing he described. Giuliani was one of many high-profile politicians that the shady Iranian exile group Mujahideen-e-Khalq (MEK) employed to campaign for its removal from the State Department’s list of foreign terrorist organizations.

Giuliani was also a staunch supporter of the Iraq War, and if there is anything that could sink his chances of becoming Trump’s secretary of state, this may be it. He supported the war and the 2007 surge, opposed withdrawing American troops from the country, and once tried to argue that the only problem with the Bush administration’s handling of the war was the “communications strategy” it used to describe what was happening to people back in the U.S. He was still trying to link Iraq to 9/11 in 2007, after even the Bush administration had stopped trying to make that claim, and long after Trump had begun pretending that he’d always opposed the war. Trump not only claims that he opposed the war from the beginning, but stridently attacked rival Jeb Bush over the war during a Republican primary debate in February. On the other hand, Giuliani has agreed with Trump’s statement that the United States should have “taken” Iraq’s oil after the war, arguing that this clear war crime would not have been a war crime because “it’s a war,” and “until the war is over, anything’s legal.”

The National Review’s preferred candidate, former UN Ambassador John Bolton, is noteworthy even in hawkish Republican circles for the degree of his hawkishness. Where other opponents of the Iran nuclear deal at least claim they would like to see a “better deal” replace it, Bolton is fairly open about his preference for war. He laid out his case in a 2015 New York Times editorial titled “To Stop Iran’s Bomb, Bomb Iran”—

The inescapable conclusion is that Iran will not negotiate away its nuclear program. Nor will sanctions block its building a broad and deep weapons infrastructure. The inconvenient truth is that only military action like Israel’s 1981 attack on Saddam Hussein’s Osirak reactor in Iraq or its 2007 destruction of a Syrian reactor, designed and built by North Korea, can accomplish what is required. Time is terribly short, but a strike can still succeed.

Rendering inoperable the Natanz and Fordow uranium-enrichment installations and the Arak heavy-water production facility and reactor would be priorities. So, too, would be the little-noticed but critical uranium-conversion facility at Isfahan. An attack need not destroy all of Iran’s nuclear infrastructure, but by breaking key links in the nuclear-fuel cycle, it could set back its program by three to five years. The United States could do a thorough job of destruction, but Israel alone can do what’s necessary. Such action should be combined with vigorous American support for Iran’s opposition, aimed at regime change in Tehran.

Bolton has been an MEK supporter longer and more vocally than most of his fellow travelers, including Giuliani. And as Daniel Larison notes, when he talks about “regime change in Tehran,” he undoubtedly has MEK in mind.

On Israel, Bolton manages to outdo Giuliani in his outright hostility to the idea of a Palestinian state or even of Palestinians’ basic human rights. In place of a Palestinian state, he has called for Gaza to become part of Egypt and for “Palestinian communities” in the West Bank to become part of Jordan, a plan that would presumably leave Israel free to absorb its West Bank settlements and make Jerusalem its official capital. He argues that a Palestinian state “cannot meet the basic, practical requirements for entering into and upholding international commitments,” as though Israel has played no role in ensuring that would be the case. He’s also consistently defended Israeli military activity in Gaza and Lebanon.

Though Bolton has not been a full-time Trump surrogate as has Giuliani, he has been outspoken in his support for the president-elect’s foreign policy. But like Giuliani, Bolton has been fairly unapologetic about his support for the Iraq War, and he also diverges from Trump on Russia. Trump and Russian President Vladimir Putin were complimentary of one another during the campaign, and since Trump’s election both have spoken of a desire to rebuild U.S.-Russia relations. Bolton, meanwhile, has been as bellicose about Russia as he has about seemingly every other country on the planet. He has even criticized Trump for some of the candidate’s comments on NATO. He has also called for the creation of a “Sunni state,” on territory currently occupied by the Islamic State, to serve as a “bulwark” against Syria and Iran, Russia’s closest Middle Eastern allies. If Trump is serious about engaging Russia, Bolton would seem to be an odd choice to serve as his top diplomat.

Derek Davison is a Washington-based researcher and writer on international affairs and American politics. He has Master’s degrees in Middle East Studies from the University of Chicago, where he specialized in Iranian history and policy, and in Public Policy and Management from Carnegie Mellon University, where he studied American foreign policy and Russian/Cold War history. He previously worked in the Persian Gulf for The RAND Corporation.