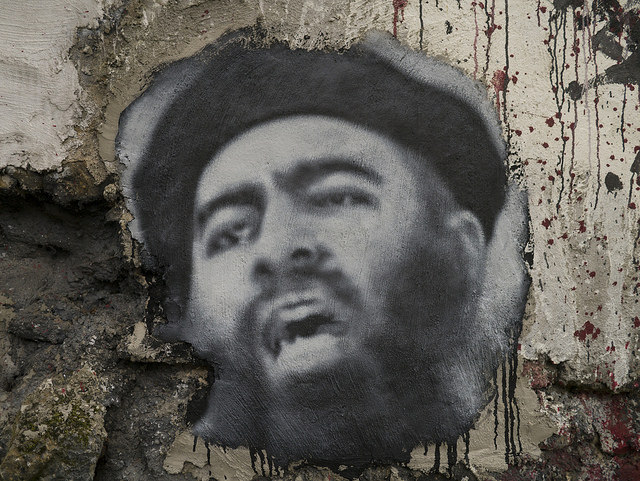 Bombing the Islamic State Is Like Watering Its Roots

Responding to Islamic extremism with violence is reminiscent of the sorcerer’s apprentice in Fantasia creating more brooms by whacking them with an axe.
By Russ Wellen | April 6, 2016

Al Qaeda and the Islamic State’s creation stories can be seen as a combination of domestic despots and foreign intervention. The latter began with Great Britain in the 1800s through World War I and reached its apex with the United States with its invasion of Iraq (not to mention stationing American forces in Saudi Arabia, Osama bin Laden’s personal bugaboo). We need to do everything within our power to abstain from intervention. To the degree that increasing U.S. energy independence removes the temptation to help ourselves to Middle-Eastern oil, that should, theoretically be possible. (Are you listening, Hillary Clinton?)

In the meantime, what can we do to roll back the Islamic State and, once and for all, the ever-resilient Al Qaeda? The more we dither, the more time we give them to obtain a nuclear material and fashion a dirty bomb. Or, exponentially worse, steal a nuclear bomb from one of the poorly guarded facilities in Belgium that house U.S. nuclear bombs. But the more aggressively we attack Islamic extremists, the more civilians die because the terrorists infest civilian populations.

At Truthout, Kate Gould of the Friends Committee on National Legislation presents a metaphor that strikes a chord:

… to get to the heart of the ISIS crisis, we must press our elected officials and other policy makers to treat ISIS like an artichoke. The most promising way to deal with ISIS is to strip off its overlapping layers of recruits, weapons, and political and financial support.

Ms. Gould writes: “To peel off ISIS’s layers of support, we need to stop feeding into its recruitment bonanza.” Stop the bombing and no more ground troops.

Members of Congress can signal their opposition to sliding down the ground troop slippery slope by co-sponsoring H.J. Res 30, which prohibits funding for deploying ground troops to fight ISIS.

Next, she advises, build on the current ceasefire by opening negotiations with Syria. Then, lean on Iraq:

It’s time to hold Iraq accountable, and, at a minimum, condition further military aid to the Iraqi government on its progress in advancing political reconciliation efforts that address the grievances of marginalized Iraqis, especially those in Sunni-majority areas.

… the United States must show leadership in moving toward a regional arms embargo, ending arms to all parties in the violence in Iraq and Syria.

Finally, re the lack of job opportunities that pushes people to join the employer of last resort, the Islamic State:

What we need is a Marshall Plan for the Middle East, a massive investment in economic and development efforts to help the region rebuild itself from the ground up, as was done for post-World War II Europe.

Going into more depth on that, in April 2015 at the Arabist, Nathan Fields, a Middle-East commentator who also runs an Arabic translation service, acknowledges that much unrest in the Middle East is actually the product of educated men thwarted in the pursuit of good jobs because of poor economies. Thus, for those who say poverty isn’t a chief cause of terrorism I would interject that Islamic extremists don’t necessarily come from an impoverished background. However, the economies of states such as Egypt and Saudi Arabia, benefiting the elites, are impoverishing agents to much of the masses.

Two: Try to Create Niche Industrial Sectors That Add New Value in the Global Economy. “The textbook case is the Philippines’ call-center industry,” he writes.

Four: Promotion of Blue-Collar Jobs. Such jobs are available in Saudi Arabia, for example, but, because they pay so little, Saudis refuse them and leave them to immigrants.

I would add that Islamic extremism may be simpler to figure out than we think.: It’s the economy, stupid. Aka income inequality. For most states, though, addressing that is a last, if any, resort.