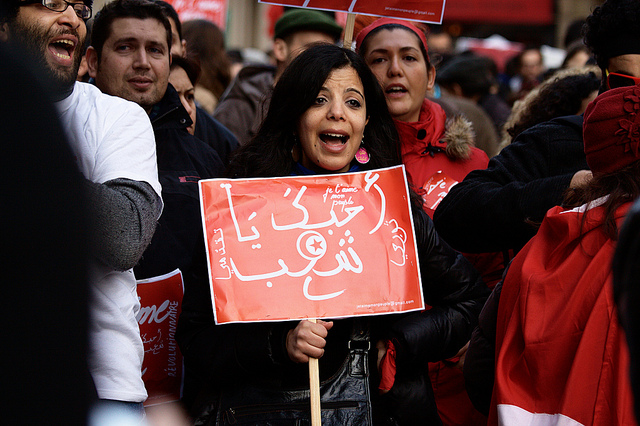 Gotta love it and I do — although it’s kind of an American Disney World: mountains, Boulder Creek that I used to tube down on hot summer days 45 years ago with my friend Michael Neuschatz, one of the best public libraries anywhere and, of course, the University of Colorado with its library and (to my tastes anyhow) its stunning location. There’s also the Rocky Mountain Peace and Justice Center — one of the few locally grown and subsidized independent peace centers in the country, founded by, among others, LeRoy Moore who remains, now in his early 80s, one of the foremost authorities on the nuclear arms race, nuclear weapons, etc. and David Barsamian, founder of Alternative Radio, with worldwide listener-ship. Then there is the Boulder Farmers’ Market — admittedly a bit pricey — but still, one of the better places to get locally grown organic food in the state, one of the founders of which was one Lowell Fey, my father-in-law. In an attempt to lower its carbon emissions, Boulder is also leading the country as a municipality intent on buying back, re-introducing into the public sphere its energy company from XCel Energy.

There is that “other Boulder” though — gotta wonder about it and I do. There has long been another side, a shady side to Boulder. Boulder is a place where middle, working class and poor have long been driven out by out-of-control development, a lot of high-finance money looking for a scenic home. It is also here that Soldier of Fortune Magazine — one of the scummiest publications known to humanity — was published and where its publisher, Robert K. Brown, a strange dude indeed, lives, and still holds court. For years, another first-class provocateur posing as a leftist, Ward Churchill, lived here as well, successfully inciting an untold number of guilt-ridden trust-fund white radicals and other misguided souls to commit factional acts of political stupidity for several decades. Not to mention the Rocky Flats Nuclear Weapons Plant. Yes, due to a massive peace movement, the place was raided — the only time in U.S. history that one federal agency (the FBI) raided another (the Energy Dept.). The place has been closed down for decades…but the plutonium in the ground with Denver downwind from the place will poison the Front Range Environment for tens of millennia. No, it’s not in Boulder, but pretty close with many of the plants employees at the time living there.

Now as proof that Boulder can still produce some of the strangest in the tradition of Brown and Churchill, enter one Shadid King Bolsen, whom in another life was named Shannon Morris before he changed his name and converted to Islam. Bolsen was highlighted in a page 1, New York Times news feature on February 28. The story raises many questions about Bolsen, and perhaps also about The New York Times (i.e., why would they interview him?)

Now living in Istanbul, he writes a blog followed, according to The Times, by some 56,000 people, many of them in the Middle East. Using the Internet as his means of pontificating, Bolsen calls on Egyptians to “start off-hour attacks against Kentucky Fried Chicken restaurants, banks, mobile phone shops and other corporate outposts.” Again, according to The Times, Bolsen’s blog entries are “fueling a new wave of violence” against businesses across Egypt. He claims non-violent protests “futile,” “only a way to get arrested or shot in an exercise in crowd control training for the police.” Bolsen’s blogs appear to be striking a chord in disaffected Islamist Egyptians frustrated by their inability to respond to the country’s military coup, which overthrew the Moslem Brotherhood elected government. Attacks have come, mainly against empty banks, stores and restaurants, although two Cairenese have been killed in the bombings. Just this past Thursday alone six bombs were detonated in the Cairo region injuring six people, of which four were policemen.

The fact that Bolsen bolted from both Boulder and the U.S. of A. to find a more meaningful existence or that he converted to Islam tells little nor are either cause for criticism. Many Americans have done either or both searching for whatever reasons in their response to the country’s unbridled consumerism and what is already a kind of social class apartheid. But his life has had a few unusual twists that suggest a strange trajectory to say the least. Why couldn’t he just become a socialist like many another disillusioned, Boulder youth?

First of all, there he is, in perhaps the stronghold of the Muslim Brotherhood, Turkey, inciting Egyptians to target and destroy property belonging to multinational corporations and using Turkish Internet services, it appears, without any interference from the Turkish government, busy as the latter is these days trying to destroy Syria. Bolsen does so openly enough to agree to a New York Times interview with David Kirkpatrick, who became the newspaper’s instant Middle-East expert just after Zine Ben Ali fled Tunis four years ago. Indeed the Times story is a scoop. Bolsen’s Istanbul activities must do wonders for Egyptian-Turkish fraternal relations. Quite curious.

While there are many unanswered questions here, let’s make one point very clear — he could not be functioning in Turkey without the knowledge and support of the Turkish government, a government connected to the Muslim Brotherhood and the fate of Mohammed Morsi. Also curious that this is permitted at time when the Turkish government is busy cracking down on critical journalists and websites.

Secondly, it is not just that Bolsen is critical of the Egyptian military dictatorship. Who isn’t after their sorry and repressive record since seizing power? But he is actively inciting others to ratchet up their opposition and in his case, to commit acts of violence while he sits in the comfort and safety of Istanbul, cheering on those who will suffer the consequences he need not worry about. Not being Egyptian, not being on the scene, hardly able (according to the Times article) to speak or write Arabic, it is, again, rather curious that he has been able to evoke such a response. Perhaps someone is helping him with his Arabic? And with his internet connections?

His ability to utilize the media is curious, both in the extensive response to his blog and now, his growing media presence, thanks to the Times article. The media shapes the message…and now the message of the Egyptian opposition is being shaped by a Boulder-born and raised convert to Islam, accused and convicted of entrapping and murdering a German businessman in Dubai where he is sentenced to death before escaping (hmm?) to Turkey were he now manages a blog in Arabic, a language he can hardly speak or write but now has 56,000 subscribers. Pretty strange picture, no to have become, at least according to the Times, “the voice of the Egyptian opposition.”

It is also somewhat curious (to me anyway) that the Times would seek to interview Bolsen knowing — as I believe they would have to — how he would benefit from the resulting publicity.

In an article published in Foreign Policy by Moktar Awad and Samuel Tadrow, the authors claim, although he had written previously, that Bolsen’s first major appearance came in a May 2014 video interview about the situation in Egypt. The video identified him as “chief analyst” of something called the “the Global Anti-Aggression Campaign.” The organization, launched in the wake of the American invasion of Iraq, was headed by radical Saudi cleric Safar Al Hawali, and its members included prominent Salafi activists such as Kuwait’s Hakem El Moteiry. But its main driving force was Abdel Rahman El Naimi, a Qatari designated as a financier of global terrorism by the United States government in 2013.  Throughout the years of the Iraqi insurgency, the Campaign played an instrumental role in financing Iraqi Sunni firebrand Harith Al Dhari and Sunni extremists.

Makes me think something is rotten and it’s not in Denmark but in Turkey.

Strangest of all, however, is Bolsen’s time spent in Abu Dhabi where he was indicted and convicted of murder, a crime to which he has readily admitted.

According to several articles, the aforementioned New York Times piece, as well as a February 24, 2010 detailed article in The National, Abu Dhabi’s English language newspaper, in 2006 Bolsen entrapped a German businessman, Martin Herbert Steiner, in his home where Steiner was under the impression he was about to engage in paid sex with Bolsen’s Ethiopian maid. On June 12, 2006 Steiner came to Bolsen’s home. He was killed there, after a scuffle with Bolsen who suffocated him with chloroform. The day after Bolsen tried to escape Abu Dhabi to Oman using Steiner’s German passport. Stuffing Steiner’s body into a suitcase, he then unceremoniously dumped the suitcase in the Saudi desert near the Omani border where he was apprehended, arrested and sent back to Dubai for trial. According to Awad and Tadrow, in his current recounting of the episode, Bolsen says simply that Martin was a Jew and that “Allah killed him.”

Bolsen’s claim, that he had lured Steiner to his home only to talk the German “out of his sinful ways” did not impress a Dubai court who found Bolsen guilty of murder and sentenced him to death. After his initial conviction, he managed to escape but was recaptured after an hour. As the New York Times wrote, “But after two appeals of lower court convictions, his crime was reduced to manslaughter and he was allowed to pay “compensation” to the family of the victim to win his release in 2013.”

The entrapment by which Bolsen snared Steiner has become a rather common tactic of intelligence agencies, here and abroad. As for Bolsen’s release both from his death sentence and ultimately from prison itself, very curious indeed. From facing a death sentence in Dubai to writing an increasingly popular blog in Istanbul in a few years, again, very curious indeed! What role, if any did the U.S. — or any other — embassy have in securing the reduced sentence and his early release. And if they did, why?

Word of thanks to Jim Hagood for reseach and food for thought for this piece.