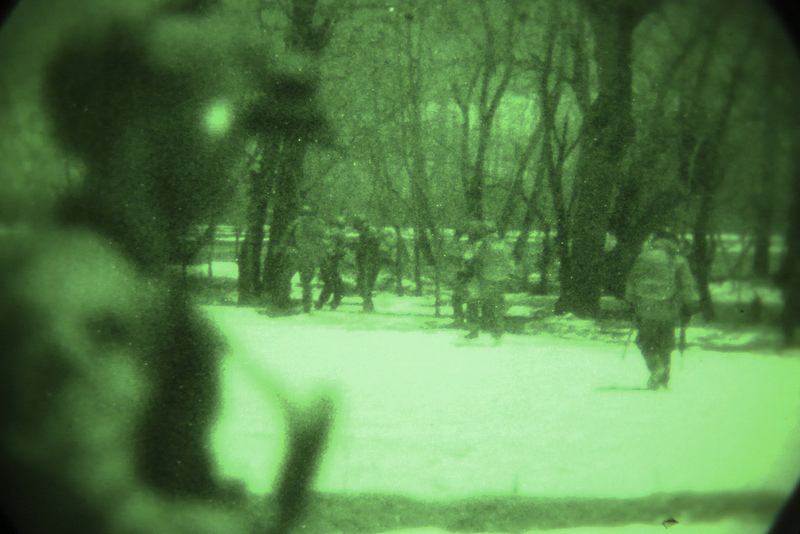 Breaking the Cycle of Counterinsurgency

It's time to relegate the bankrupt counterinsurgency doctrine into the “dustbin of history.”
By Hannah Gurman, Jeremy Kuzmarov | October 3, 2013 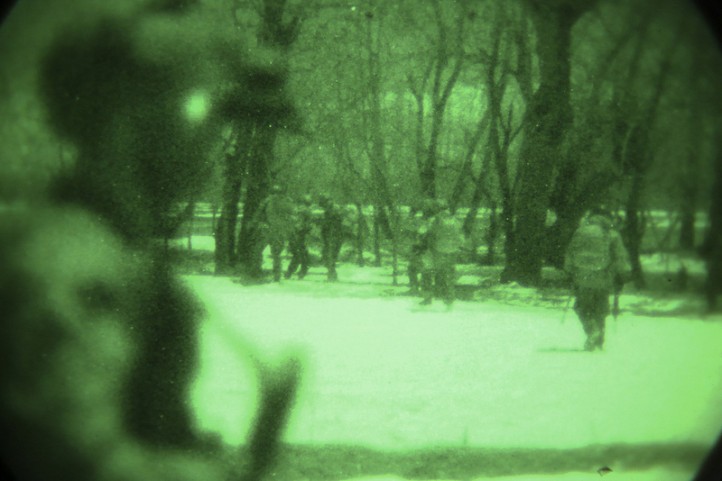 This September marked a potential turning point in America’s long and seemingly bottomless appetite for war. The Obama administration made a pitch for U.S. military intervention against Syria, and the American public didn’t buy it. Across the country, people demonstrated and wrote and prodded their congressional representatives to vote against air strikes, forcing the president to backtrack and agree to pursue a Russian plan to have Syria’s president Bashir al-Assad turn over his chemical weapons stockpiles. This turn of events came just days before the 12th anniversary of 9/11 and may mark the end of an era in which the U.S. public gives carte blanche support to foreign military intervention.

The United States could take this critical moment to learn from the mistakes of its recent past. In both Iraq and Afghanistan, the two full-scale wars of the era, the course of intervention followed a similar path. First came the military strikes. These were followed by the military-backed regime changes that installed Hamid Karzai and Nouri Al-Maliki. And then came the massive counterinsurgency campaigns that were launched after these governments failed to gain the full support of their people. As George Ball, undersecretary of state in the Kennedy and Johnson administrations, warned of Vietnam, “Once on the tiger’s back, we cannot be sure of picking the place to dismount.” In other words, once the path of intervention begins, it’s difficult to stop.

There is also a pattern of counterinsurgency in the larger course of history. The moment of the supposedly limited strike tends to be one of relative war fatigue, which incrementally erodes as U.S. involvement deepens and the war escalates. War fatigue then returns after the cost in dollars and American lives becomes intolerable. A generation later, the cycle begins again.

Taking COIN Out of Circulation

Timing is key both for the successive administrations who perpetuate this cycle and for anyone who wishes to break it. In 2006-2007, for example, the Bush administration appeared to be losing public support for its wars in Iraq and Afghanistan as the situation in those countries continued to deteriorate. But the United States was already committed, and the cycle was well under way. The main factor in helping to temper dissent in that period was the revival of counterinsurgency doctrine, now called COIN, which gave American military interventions a humanitarian veneer. Gen. David Petraeus and other public champions of COIN, such as Lt. Col. John Nagl, emphasized a soft-power approach in which U.S. forces would win “hearts and minds” by sponsoring development projects, cultivating close relations with tribal leaders and promoting good governance. “Collateral damage” was to be minimized through surgically precise “snatch and grab” operations, with the “bad guys” being identified through effective intelligence-gathering and close collaboration with local police agents.

In every era, COIN revivalists have looked to the past to model their own campaigns. Petraeus and his associates based counterinsurgency in Iraq and Afghanistan on Great Britain’s counterinsurgency campaign in Malaya after World War II and American COIN programs in Vietnam and El Salvador. The COIN revivalists quoted at length from guerrilla warfare theorists of these eras, such as David Galula and Sir Robert Thompson, who emphasized the importance of civic action and targeted policing operations. Yet in emphasizing the “successes” of COIN past, the current proponents of COIN chose to overlook the atrocities associated with these campaigns, which involved systematic corruption, the violent repression of leftist groups with legitimate grievances against their governments, and the killing of thousands of civilians.

Despite similar success stories promulgated by the Obama administration and the mainstream media, American COIN operations in Afghanistan have proven to be equally disastrous as their predecessors. As in Vietnam, development aid has been siphoned off on the black market and into the coffers of regional warlords, fueling the monumental corruption of the Karzai regime. Local police often accepted U.S. training simply to obtain weapons. American troops rounded up and tortured civilians, went on shooting rampages, and killed more innocents through bombing and robotic drone attacks. These actions pushed many Afghans into the arms of the insurgency—a “mélange of nationalists and Islamists, shadowy kohl-eyed mullahs and head-bobbing religious students as well as erudite university students, poor illiterate farmers and veteran anti-Soviet commanders” unified in their aversion to foreign occupation, according to journalist Anand Gopal.

The Obama administration has finally discarded classic COIN warfare as a guiding philosophy in Afghanistan. In Syria, because the United States supports the insurgency and not the regime, there is no talk of COIN—at least not at the moment. But if the United States were to launch military strikes, the cycle might well begin again. Assad could be ousted by U.S. military force and then the United States could find itself defending the next regime against yet another complex insurgency that it does not fully understand.

The moment of potential public reckoning came too late for the wars in Iraq and Afghanistan. But it may have come at just the right moment in Syria. The war fatigue that marks the end of the 9/11 era is currently suppressing the pervasive tendency to embark on “limited” wars that quickly surpass their supposed limits. At least for the time being, U.S. military intervention can’t be advanced as the surest path toward diplomacy, human rights, and good governance. Still, whenever the United States characterizes its bombs as humanitarian and promises that it can deliver “precision” strikes, the U.S. and global public should be on alert. The COINdinistas were at best naïve, at worst disingenuous in their claim that violence in a war zone could be controlled.

History shows otherwise. In 1972, George S. McGovern, the last progressive to head one of our major political parties, ran on a platform of “come home America.” Never again, he said in his convention address, will American soldiers be sent to fight for a corrupt dictatorship.

Unfortunately, McGovern’s call was not heeded. Although the war in Syria seems to be on hold, the U.S. military continues to prepare for perpetual war and the perpetual cycle of COIN that tends to go along with it. There is some movement toward reform, brought on mostly by budgetary necessity. The Department of Defense’s report Strategic Choices in Management, released last July, entertains the option of reducing army troop strength from 490,000 to somewhere between 420,000 and 450,000. It also considers the possibility of a “decade-long modernization holiday” during which the military would de-emphasize its high-technology capacity. While short of a more radical demilitarization of our foreign policy, these would be steps in the right direction. The slim chance that they might actually be taken will require a more rigorous and expansive public debate. Instead of wrangling over the defunding of Obamacare, we should be addressing these options.

The United States today is more powerful militarily than even before, with over 900 overseas military bases and fighting forces and robots engaged in dozens of countries. Politically and morally the country has grown weaker and is hated and feared. Now is thus the time to heed McGovern’s call and to relegate once and for all the bankrupt COIN doctrine into the “dustbin of history.”

Hannah Gurman is an assistant professor at New York University’s Gallatin School of Individualized Study. She writes on the politics, economics, and culture of U.S. diplomacy and military conflict. Her forthcoming book, Hearts and Minds: A People’s History of Counterinsurgency, will be published by the New Press this month. Jeremy Kuzmarov is an assistant professor of history at the University of Oklahoma and author of Modernizing Repression: Police Training and Nation Building in the American Century. Both are contributors to Foreign Policy In Focus.