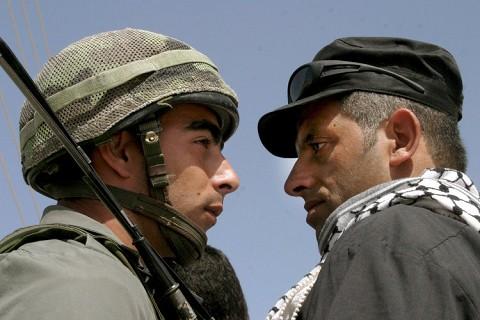 What's needed to break the prolonged impasse in Israeli-Palestinian peace talks is sustained international involvement to broker a real solution -- over the parties' heads if necessary.
By Didier Jacobs | July 11, 2011 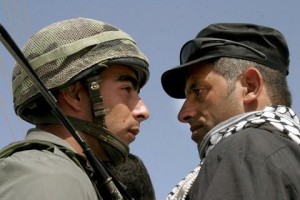 On a recent trip to Israel, I visited a school in Sderot featuring bunkers in the playground. I asked the principal what she thought about her government: “Things are quiet now, so the policy is working”, she replied. And when rockets rain down, it’s time to retaliate.

For Israelis, the alternative is the status quo. The peace process has already delivered what they want: security. The Palestinian Authority cooperates with Israeli security services. The West backs the isolation of Hamas. The number of Israeli victims of terrorism has fallen to a dozen a year, but the prospect of a final settlement and ultimately reducing that number to zero has proved insufficient to make concessions for peace.

Of course, enlightened Israelis know their long-term interests lie in peace. The current security is precarious. The end of the Arab boycott will boost the economy. Respecting human rights is important. The settlements enterprise is costly. Israel’s negotiating position will get worse when Palestinians significantly outnumber Jewish Israelis. However, such enlightenment does not sell politically.

Zero-sum nationalist feelings make democratic governance difficult. When Flemings and Walloons in peaceful Belgium cannot agree on the linguistic rights of residents of six towns around Brussels, it is naïve to believe that Israeli politicians can make concessions over Jerusalem without major, tangible, and immediate benefits for Israeli voters. Nothing of the sort is on offer.

For Palestinians, the alternative is international law. Ever since it created a stillborn Arab state alongside Israel in 1948, the United Nations has kept Palestinian aspirations alive through a body of resolutions.

Why should Palestinians negotiate something away that they are entitled to? They have done that for 18 years only because they lost four wars. The Palestinian plan to seek redress in the UN this summer shows that they have grown tired of the utter lack of progress and that they see the balance of power shifting to their side as emerging powers become more assertive, Israel-friendly Arab autocrats fall, peaceful Palestinian resistance strengthens, and functioning state institutions take shape.

As Palestinians become more assertive, an agreement in the foreseeable future is less likely than when negotiations broke down in 2000 and 2008, even if the Israeli opposition came back to power.

But international law is sufficiently ambiguous to allow Israelis to discount it. Two years ago, Prime Minister Benjamin Netanyahu could run an electoral campaign without supporting the two-state solution, and to date he can reject the 1967 Green Line as the basis for the border without fear of being cast as an international outlaw.

In his speech at the State Department on May 19, President Obama publicly supported the 1967 border. At AIPAC’s annual Washington conference three days later, he reemphasized that the border will have to be mutually agreed upon by the parties. In other words, the 1967 border is a faint reference. What matters are the mutually agreed swaps of territory alongside it, which can be as large as Israeli hawks desire.

Assuming negotiations restart, and taking President Obama’s hint, Israel will propose to retain large swathes of valuable land around Jerusalem, in exchange for less valuable land elsewhere. Palestinians will obviously reject such an offer. Then what?

The international community likes to repeat that violence does not pay. Thus far peaceful resistance hasn’t worked either. Violent extremists on either side may never succeed in their long-term dreams of total victory. But they can easily thwart compromise in the short- and medium-term.

The main Palestinian party Fatah renounced violence over 20 years ago. The Arab League proposed a comprehensive peace plan almost 10 years ago. Palestinian patience has been fed with aid-dependent prosperity and the painful memories of past uprisings. The Palestinian leadership may yet blink and accept the resumption of negotiations on shaky grounds, buying some time. But failure is inevitable — and the people will rise up sooner or later.

Inspired by the Arab revolutions, a new Palestinian uprising would start peacefully. It is unlikely to remain that way. We saw a preview when the Israeli army fired on Palestinians breaching the borders to mark the “Nakba” (Israel’s independence) in May. Palestinian militants will not shy away from provocations either.

Violence is sadly the most likely outcome to expect after September’s events at the UN. As was the case after the collapse of negotiations in 2000, it would take years to restore any peace process.

For the international community, the alternative to presiding over doomed negotiations is to lay down the law. The UN could clarify any remaining ambiguities of past resolutions. Indeed, that is its job. Unlike Libya or Syria, this is an international conflict.

Recognizing a Palestinian state along the 1967 border would clarify that all the land east of that border is Palestinian land. Like any other sovereign states, Israel and Palestine could still swap territories afterwards. However, if negotiations were to fail, the fallback solution would be that the Green Line would become the permanent border.

President Obama opposes action at the UN because he believes that it will harden the Palestinian negotiating position. But Palestinians are convinced that international law is on their side and ambiguity will not induce them to give up their rights. The only thing that ambiguity achieves is allowing Israel to procrastinate.

But President Obama is on to something. The border is only one of the issues at stake. Siding with the Palestinians on borders would harden their position on other issues. (Palestinians retort that the 1967 border is actually not favorable to them, as it represents only a fraction of their historical homeland and of the stillborn Arab state of 1948.)

The solution is to tackle the other issues as well. The UN could transform the Palestinians’ unilateral move for statehood into a multilateral initiative, and Palestinians might get more than what they bargained for.

Thus international law leaves a variety of ways to fulfill Palestinians’ desire for a right of return. The UN could resolve that Palestinian refugees have the right to return to the new Palestinian state, with financial compensation, but not to Israel. Although many Palestinian refugees would be infuriated by such a move, most moderate Palestinian analysts and Fatah leaders expect it to happen — they just can’t say so publicly because it would be political suicide. The UN could take the problem out of the hands of Palestinian politicians and limit both the unrealistic dreams of the refugees and the apocalyptic fears of Israelis.

Again, decisions made at the UN do not preclude further negotiations. Palestinians could always ask Israel to welcome some refugees in exchange for something else, such as more favorable land swaps.

On security, the UN could adjudicate that the new Palestinian state will be demilitarized and that a peacekeeping force will be deployed in it. NATO could offer troops. The UN could also outline an international agreement to ensure access to Jerusalem and holy sites by followers of all faiths.

The notion that there is no alternative to negotiations is a half-truth. Details must be negotiated. But a political analysis of both sides and the peace process’ 17-year track record of failure show that there will be no peace until the UN finds the guts to do its job and make tough decisions, over the heads of both parties if necessary.

President Obama says that an UN-imposed solution will not change reality on the ground. That is true only if the UN fails, as it has historically, to add some teeth to its resolutions. Hamas is subject to sanctions by the West and rightly so. Fatah knows what to expect if it reverts to violence or suspends cooperation with Israeli security services. On the other hand, Israel has pursued a policy of colonization in the West Bank, which violates international law, without facing consequences beyond mild rhetorical condemnations.

The West Bank is a single piece of territory with two peoples living on it. But the Palestinian majority and Israeli minority do not enjoy the same rights. Palestinians are trapped inside “Palestinian only” areas, limiting their access to jobs, social services, friends, and family. Israelis can move seamlessly all around them. The Palestinians are compelled by military force to accept this discrimination. This is apartheid.

Israelis have a choice to live either within the internationally recognized borders of Israel, or in the settlements. When they choose the latter, they deprive Palestinians of their freedom of movement. It is fair to sanction that choice.

A credible threat of sanctions targeting the settlements is the missing ingredient of the peace process. Avoiding sanctions would be a compelling incentive that the average Israeli voter now lacks to support tough concessions for peace.

All that is true, one might retort, but politically unrealistic. The reception of Prime Minister Netanyahu by Congress in May put in full view the partiality of the United States. With its veto in the Security Council, any action by the UN General Assembly is bound to be symbolic.

The European Union is on the fence. If Germany votes in favor of Palestinian statehood the rest of Europe is likely to fall in line. If Europe votes as a block in favor, only a few states will remain on the U.S. and Israeli side.

As the impasse continues, some Latin American or European countries might make the logical next step and adopt unilateral sanctions targeting the Israeli settlements, establishing a new international norm directed at the Israeli occupation. In the next general election, the Israeli public would realize the game is over, despite the unbreakable U.S. bond with Israel.

Alas, Germany and some other U.S. allies are keen to escape their responsibilities and lean toward opposing action at the UN. If Palestinians force a vote, they will win a majority and feel vindicated. However, a critical mass of dissenting states will be sufficient to comfort average Israeli voters in their belief that the problem is not Hebron but the anti-Israel bias of the UN. The diplomatic impasse will be complete. The extremists will win. And innocents will die on both sides.

Didier JacobsDidier Jacobs is a contributor to Foreign Policy In Focus and the author of Global Democracy.