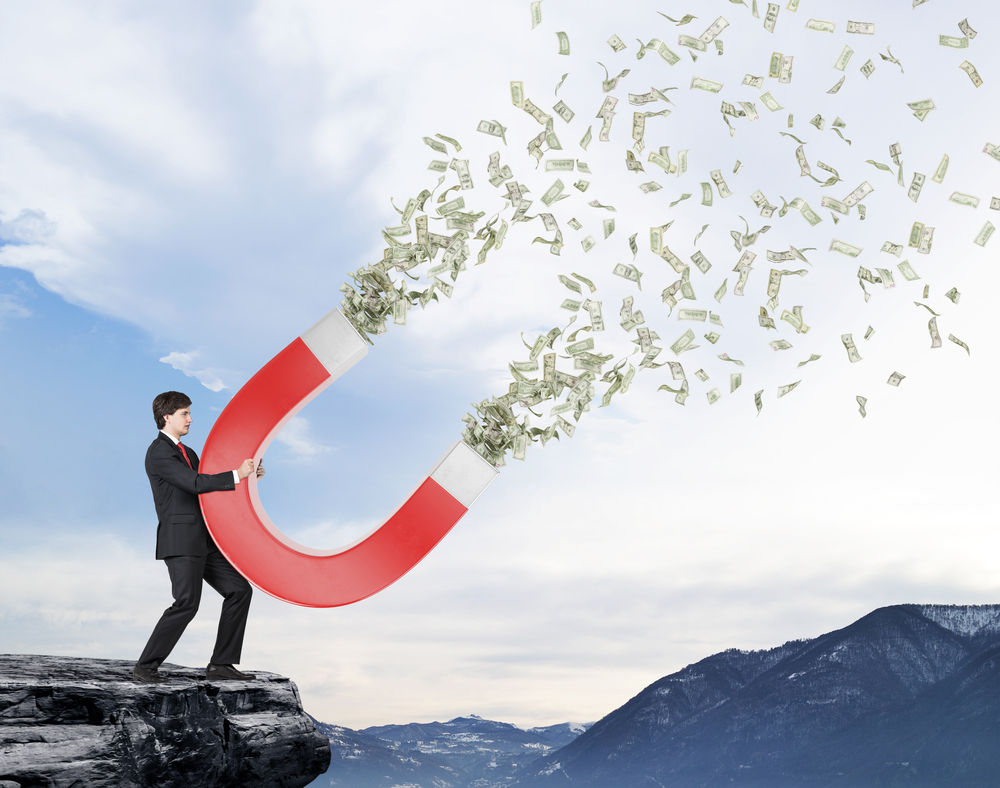 Every aspect of American society has been disadvantaged by establishment support for moneyed interests. Any other scapegoat is a distraction.
By Ed Corcoran | March 1, 2017

The rise of Donald Trump has vividly demonstrated the existence of two different Americas.

Votes for him were fueled by white, middle-class distress at economic conditions, well-illustrated by Arlie Russell Hochschild’s vivid analogy of distressed whites patiently standing in the middle of a long line stretching toward the horizon, where the American Dream awaits.

But as they wait, they see people cutting in line ahead of them. Many of these “line cutters,” Hochschild says, are black — presumed to be beneficiaries of affirmative action or welfare. Others are career-driven women pushing into jobs they never had before. Then there are the poor masses: immigrants, Mexicans, Somalis, the Syrian refugees — some of them terrorists in disguise, all of them undermining the job market, flooding into cities full of violence, poverty, and corruption.

Those frustrated white voters imagine an increasing tax burden on themselves, even as good working-class jobs disappear. For them, the government has become an instrument for redistributing money to the undeserving. That’s not only making the country less prosperous, they say, but also less safe — particularly concerning the supposed terrorism threat from Arab and Muslim immigrants.

At least two things are worth pointing out about this attitude.

First, the United States has indeed failed to demonstrate that a democratic society can bring prosperity to all its citizens. The political establishment — at virtually all levels of government — is responsible. That part is essentially correct, and Trump was savvy to focus on it.

Yet to attribute these problems to largely non-white social groups isn’t only at odds with fundamental American values — it is simply incorrect. It isn’t entitlements, unemployment insurance, or food stamps that undermines jobs, but rather the growing inequality in the nation. All of society has been disadvantaged by establishment support for moneyed interests.

Any other scapegoat is a distraction.

Yet yearly deaths from terrorism are far below the 100 persons every day killed by drug overdoses. During the Cold War, a Soviet nuclear attack could have killed not 100, but 100 million people. By comparison, terrorism is not a threat, but an annoyance. Roosevelt had it right: “The only thing we have to fear is fear itself.”

Like plane crashes and natural disasters, a low incidence of terrorist violence is nearly impossible to prevent. But it’s simply not worth pulling the nation apart over.

Nor are Islamic extremists the only threat. Aside from 9/11, the worst terrorist event in U.S. history was the white supremacist bombing in Oklahoma City that killed almost 200 people. That threat has clearly increased, but few white Americans obsess over it — no more than they do over the Sandy Hook or Aurora, Colorado, massacres that were also carried out by disaffected white men.

Where Have All the Good Jobs Gone?

Less illusory is the declining share of good working and middle-class jobs, exemplified by the rusted out factories Trump liked to campaign in front of. But the causes are complex and certainly not attributable to people of color.

In fact, the violence and poverty Trump associates with the “inner cities” — and the government assistance they’ve purportedly spawned — were directly due to the lack of jobs people of color have always faced. But that pain was hardly noticed by the white middle class until they were also faced with the same challenge.

The underlying cause for the decrease in jobs involves fundamental changes in the economic structure — especially from the rise of technology, but also from the energy transformation spurred by economic pressures as well as climate change. The total inflation-adjusted output of the U.S. manufacturing sector is now higher than it has ever been, but there has been a massive 30-year decline of employment.

Thanks to automation and other changes, the American economy can now produce everything the nation needs with a modest fraction of the total work force. And the gains go to the top, not the middle classes.

The service sector has taken up many of the workers freed by the production sector, but it can no longer accommodate them all. Millions of workers are simply not needed by their corporate employers; indeed many have given up looking for work. As the service industry automates as well, these workers are becoming, as Arthur Brooks notes, “superfluous.”

Creating more opportunities for Americans to work is a fundamental economic challenge. There is no easy solution. Changing regulations or imposing import duties is tinkering at the margins; changes in these areas can rapidly raise complex issues and not necessarily create any jobs.

The Role of Immigrants

Immigration can, of course, affect the job situation, especially for unskilled workers. Yet migration is fundamentally driven by miserable conditions in the source countries. These conditions are a direct result of exploitation by the industrialized world, including the United States, coupled with a total failure to promote responsible government.

U.S. business interests, often backed by U.S. foreign policy, were basically responsible for the structure of “banana republic” governments in Central America, now the major source of undocumented immigrants in the United States. The situation is complicated by the U.S. demand for illegal drugs, which itself is often fueled by economic distress.

Even the less controversial aspects of immigration — such as companies bringing over skilled immigrants — come at a cost in jobs for Americans. And even that represents continuing U.S. exploitation, contributing to a brain drain that impoverishes the source countries.

Overall, the United States bears a significant responsibility for the immigrant flow across its southern border. And there are no simple solutions. Aside from the huge cost, the wall Trump is proposing would be of questionable effectiveness. Instead, addressing the challenge requires promoting change in the source countries as well as in U.S. foreign policy.

Governing for All Americans — Poorly

Another common Trump scapegoat, one which dates back to the Reagan era, is the government itself.

Government isn’t the problem; it is the essential manager of national interests. Instead, poor government is the problem. Denigrating taxes, regulations, and social re-distribution works to co-opt citizens into support of the very swamp they want to drain.

The central challenge is to make America work for everyone — “with liberty and justice for all,” in the words of the pledge of allegiance. Indeed, Trump in his inaugural message spoke extensively of the need to work for all of America. Nonetheless, his actions have been as poorly thought out as they’ve been divisive.

The ban on immigrants from seven Muslim countries, for example, was presented as a necessary step for national security. This resonated positively with white, middle-class concerns (however overblown) about a terror threat, as well as drains by outside social groups on national resources.

In actuality the ban was widely (and correctly) interpreted as racist. Aside from hurting migrants in transit, it had a number of other unforeseen effects. For instance, it could significantly impact many universities, which often depend on foreign students for solvency. And it’s undermining international scientific cooperation, which is essential for economic development.

Meanwhile, Trump’s continued talk about a border wall, denunciations of the North Atlantic Free Trade Agreement (NAFTA), and threats of mass deportations have severely undermined relations with Mexico while unsettling the Hispanic community in the United States — as well as agricultural and construction companies that rely on immigrant labor.

On other fronts, presidential appointees have not been noted for their inclusivity, to say the least. Jeff Sessions in particular has a long history of antipathy toward the black community. Meanwhile, the administration has continued to lob totally unsubstantiated allegations of voter fraud at “illegal” voters, raising the prospect of additional voting restrictions that disproportionately impact minority voters.

All this distracts from the real issue: addressing the growing wealth inequality in the nation.

Plainly, excessive wealth undermines society. It is hardly acceptable that the holdings of the eight richest people in the world are greater than what half the rest of the planet owns.

This is a direct result of the efforts of moneyed interests to push the establishment to set financial structures to favor the wealthy. The overall financial system has become a means of extracting more wealth for the already wealthy; corporations have been re-envisioned as existing solely for the benefit of shareholders.

This is the swamp that Trump talked of draining, an establishment that works for its own interests, not the interests of the nation. Instead he is reinforcing it, pledging to roll back financial regulations and reduce business tax rates which will directly benefit the wealthy.

Here also, his appointees directly contradict his talk of draining the swamp. The new treasury secretary, Steven Mnuchin, is a former Goldman Sachs banker and Hollywood financier widely denounced for extensive foreclosure actions. More blatantly, his failed nominee to lead the Department of Labor was Andy Puzder, whose restaurant chains have been plagued with wage and hour and workplace safety violations, as well as sexual harassment and racial discrimination suits.

And filling the top levels of the national security establishment with retired generals practically insures a militaristic approach to international affairs, a direct gift to the military-industrial complex.

Making the System Work for Everyone

What is needed is a focus on programs which will actually support everyone.

One attractive alternative is the infrastructure projects that have been promoted, particularly if they are implemented with actual government investment rather than more tax breaks for major companies.

Brooks also sees the potential for a positive policy agenda that is radically pro-work and serious about developing human capital. He has a number of recommendations, including a decrease in corporate taxes and reforms of unemployment and disability coverages. But these recommendations basically adjust approaches to the current demand for workers rather than addressing how to increase that demand.

The real challenges are much deeper. We need to build a cohesive society where everyone can work to build a prosperous America, a society where the stirring words of the Declaration of Independence are brought to life. Reforms have to address fundamental problems which have been exacerbated by the establishment, and which Trump’s efforts are hardly touching.

The only way to get everyone to work together is to make the system work for everyone.

Trump supporters are right that the establishment has let them down. But this will not be changed by simply electing a president who claims he will drain the swamp and change the establishment while he is actually reinforcing it. Unfortunately, his simplistic solutions will remain attractive for some time, validating once again Mark Twain’s words, “It ain’t what you don’t know that gets you into trouble. It’s what you know for sure that just ain’t so.”

Yet the attractiveness of these “solutions” will inevitably fade as their costs and uselessness become more apparent.

Fundamental change will require sustained efforts focused on reducing wealth inequality, on making the wealth of the country available to its citizens. Those working for real change cannot let themselves be distracted by scapegoats. Instead, there has to be an unrelenting focus on job creation, with systematic efforts to let the voices of everyday Americans be heard in the electoral systems nationwide. That means promoting real voting rights and eliminating the barriers, such as widespread gerrymandering, which undermine them.

The goal is straight forward: to get all Americans working together to build the prosperity of the nation.