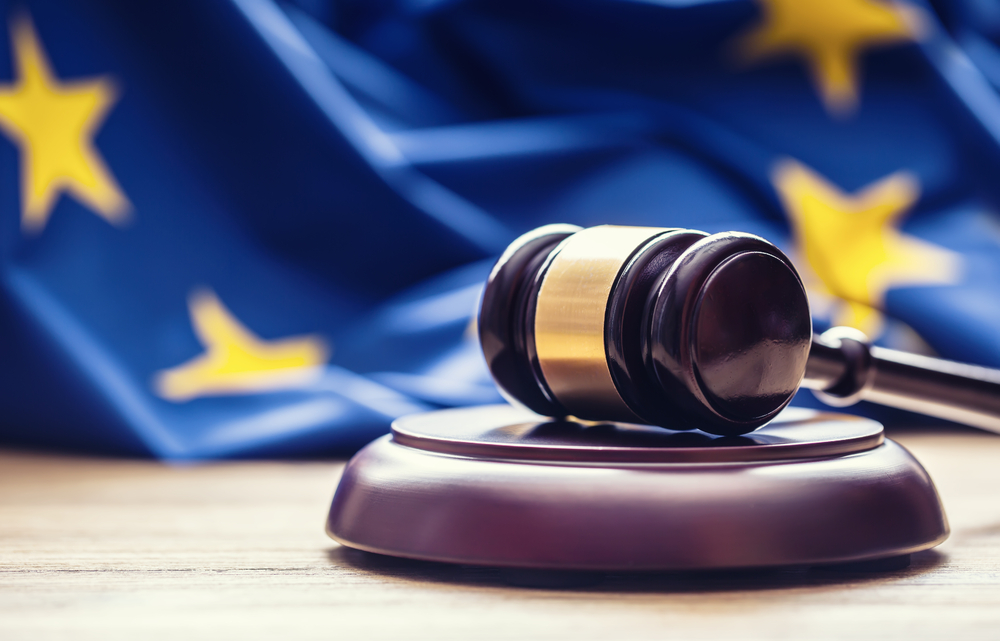 British Genocide in Kenya: Time for a Reckoning

No sum can ever wipe out the suffering of the Kenyan people. But British reparations will serve three important functions.
By Mehdi Alavi | January 4, 2023

On August 20, a group of Kenyans filed a case against Britain at the European Court of Human Rights. They were seeking justice for the atrocities the British committed against them during the colonial era. They are seeking $200 billion in reparations for the crimes perpetrated in the tea-growing regions in the Kenyan Highlands. Unsurprisingly, Britain has failed to address, leave aside apologize for, these atrocities in Kenya.

To be fair, the British have apologized for one of their darkest acts in Kenya. In 2013, the government “finalized an out-of-court settlement with thousands of Kenyans who were tortured in detention camps during the end of the British colonial reign.” The British were crushing the Mau Mau — Kenyan rebels from the Kikuyu tribe — who fought in the 1950s and 1960s. It took years before the historic apology and the unprecedented settlement was finalized in 2013.

In 2022, Kenya is back in the news for seeking justice for another brutal British act. With nearly 56 million, Kenya is a dynamic East African country. It now has a literacy rate of 78% but its per capita income is barely $1,879, ranking lowly 144 in the world. Many argue that many of Kenya’s current problems are a legacy of British colonialism.

For millennia before British colonization, the people we now call Kenyans comprised many tribes. There was sporadic violence but these tribes lived in relative peace and harmony. Some communities farmed, others raised livestock, while others practiced a combination of both activities. Some were hunters and those by Lake Victoria fished. Production served the needs of communal survival. Family and clans shared ownership and cooperated in production as well as distribution. These communitarian societies ensured that no one fell into abject poverty. Boundaries between different ethnic groups were fluid. Trade and intermarriage were prevalent. Notably, communities generally operated without the modern version of the chief.

British colonization ripped apart the social fabric of the communities who now live in Kenya. British rule kicked off with the 1884/85 Berlin Conference, which deprived Kenyans of their natural, territorial, and political rights. In 1894, Britain declared  Kenya a protectorate of the Crown. Its officials created Kenya and drew the nation’s boundaries without ever consulting the Kenyans themselves. These new boundaries divided existing communities and brought disparate ethnic groups into a new country. The British created an atmosphere in which communities had to compete for resources and survival. They ruled over the communities with an iron hand. Their military expeditions stole people’s lands and forced many to migrate in a genocidal campaign.

The British confiscated the land they coveted. They instituted forced labor, turning Kenyans into the property of the British settlers. In 1902, they inaugurated the hut tax, which forced the natives to work for the British to pay the tax or be forced to serve the British settlers. In 1913, they introduced the land bill. This gave British settlers a 999-year lease and effectively confiscated nearly all Kenyan land. In 1919. they required all native men to wear identity discs, more than a decade before the Nazis adopted the same policy with the Jews. In the 1920s, natives were forced to live on reservations and subjected to flogging, much as the British had done to the indigenous peoples from North America to Australia.

After World War II, India gained independence in 1947. This inspired the African independence movements. In 1952, the Mau Mau movement for self-determination began. When Princess Elizabeth and her husband Prince Philip visited Kenya that year, Elizabeth reportedly went up into a treehouse as a princess and came down as Queen Elizabeth II.

Whilst the royals were putting up a pretty face, British forces were planning one of the world’s worst ethnic cleansing operations. They went on to smash the Mau Mau through brutal methods. When Kenya achieved independence in 1963, the British destroyed all their official records. In this Cold War era, the US was aware of British atrocities but looked the other way.

Supported at the “highest levels”, the British purged the capital city Nairobi of Kikuyu people, placing them in “barbed-wire enclosures”. They interrogated thousands of detainees. Their interrogators resorted to all types of torture, including forced labor, beatings, starvation, and sexual abuse. Records show that one of those “tortured was the grandfather of former US President Barack Obama”.

In a span of 18 months, the British dropped “6 million bombs into Kenya’s forests to disrupt guerrilla activity.” Then, the British “dusted Kikuyu areas with photographs of mutilated women to intimidate the populace.”

In her book, Imperial Reckoning: The Untold Story of Britain’s Gulag in Kenya, Caroline Elkins observes that thousands of Kenyans  fought alongside British forces against Germany in World War II. The British repaid the Kenyans with barbarism, not gratitude. They locked up around 1.5 million Kenyans in detention camps and barbed-wired townships in response and killed thousands.

In her 70-year reign, Elizabeth never acknowledged or apologized for British atrocities. Neither did any prime minister. Winston Churchill was then prime minister. Lionized in the UK even today for taking on Adolf Hitler, Churchill escapes scrutiny for his racist, imperialist and ruthless actions in the colonies. In 1919, he wrote that he was “strongly in favor of using poisoned gas against uncivilized tribes.” He ordered that British forces put down the 1920 Iraqi rebellion with an iron hand. Churchill advocated spreading “a lively terror” among the natives so that they would come to heel. In Iraq, the Royal Air Force flew missions for 4,008 hours, dropped 97 tons of bombs and fired 183,861 rounds. They used chemical weapons on Iraqis, over 60 years before Saddam Hussein who targeted Iranians, Shia Arabs and Iraqi Kurds. Under Churchill, the British government unleashed similar brutality upon the Kenyans.

The British forced the natives away from their ancestral lands and into reservations. Only a few years after the Holocaust, the British locked up 1.5 Kikuyu people in concentration camps, torturing, beating, and starving them to death in large numbers. This was an egregious act amounting to naked genocide. Their signature on the UN Charter did not hold them back.

An example of British brutality was revealed in court in 2012. Four Kenyan victims appeared before the High Court in London. Jane Mara, one of the victims, was 15-years-old at the time. She was repeatedly beaten by the interrogators. They pinned her down on her back while four guards held her thighs wide open and kicked a heated glass bottle into her vagina. After that excruciating pain, she witnessed the same torture inflicted on three other young women. Men were not spared either. The British designed pliers to squeeze male testicles.

The US Supported the UK

After World War II, the US became top dog. The Cold War began. The UK was now a trusted ally. Therefore, the US overlooked British atrocities in Kenya. Washington was well aware of the British conducting genocide in Kenya. Just as in the Congo and in Vietnam, the US sided with the white imperial powers against the colored peoples of the colonies. Remember this was still a time when the US itself was segregated along racial lines. The US wanted to free Eastern Europe from Soviet rule but it wanted to perpetuate British, French or Belgian rule elsewhere.

In the first half of the 20th century, Vanderbilt University scholar Juan M. Floyd-Thomas observed in the Journal of American History that Americans thought of East Africa as “a real white man’s country.” They believed that Kenya deserved Western imperialism and white supremacy. Over centuries, the US practiced ethnic cleansing of Native Americans, enslaved African Americans and subjugated ethnic minorities. These races were deemed biologically and intellectually inferior to the white race.

As is their habit, the US mainstream media, including The New York Times, followed the official US narrative. They painted a picture of the African continent described as  “synonymous with terror, hopelessness, and conflict.” The media represented the Mau Mau fighters as terrorists and criminals with communist connections. They failed to recognize that Kenyans were involved in a liberation movement. Just like George Washinton and Thomas Jefferson, they too were fighting for independence.

After World War II, the UN has consistently failed to stop genocide, prevent ethnic cleansing or rescue victims. It has been unable to bring the guilty to justice. The UN has failed all around the world from Cambodia to Sudan.

The UN represents the interests of powerful nations. Five of them have veto power in the Security Council. Naturally, the Peace Worldwide Organization considers the UN a failed institution, and gives it a mere 12 out of 100.

The UN has failed to deliver justice to the Kenyans too. Despite British denials and cover-ups, evidence of their atrocities is overwhelming. So, an International Court of Tribunal for Kenya (ICTK) would be a good first start. Just as Holocaust victims have been compensated, their properties restituted, Kenyans must also get compensation and restitution.

The British must acknowledge, apologize and make reparations for the genocide and atrocities they committed during colonial times. Importantly, reparation payments should go directly to victims and their descendants, not into the coffers of Kenya’s corrupt government. A sum must be set aside for education and infrastructure to compensate for the ravages of colonization.

No sum can ever wipe out the suffering of the Kenyan people. However, reparations are important for three reasons. First, victims get justice. Second, poor countries and poor victims get valuable financial support. Third, they set an important precedent of imperial masters being held accountable. Germany paid compensation to Jews who suffered unspeakable tragedy during the Holocaust, This has made the country less likely to repeat the atrocities of the past. The UK must be held to account so that the British do not repeat the colonial misadventures of Kenya and India in places like Iraq and Libya

Mehdi Alavi is the founder and president of Peace Worldwide Organization, a non-religious, non-partisan, and charitable organization in the United States that promotes freedom and peace for all. It recently released its Civility Report 2022, which can be downloaded here.