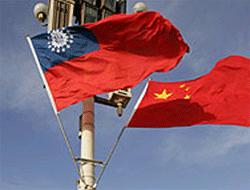 China is emerging as the leading economic force in Burma, and the Burmese are starting to get uncomfortable.
By Dan Beaker | December 2, 2011

With Western sanctions and endemic levels of corruption, Burma’s economy has typically been of little interest to international investors, except for those with significant strategic interests. Desperate and unstable, the country has been left wide open for exploitation by Chinese state actors seeking energy and access to the Indian Ocean. Referring to the growth of India and China at the 2011 Myanmar/Burma Update, historian Thant Myint U stated that it “will change Burma’s prospects for better or worse, more [than] anything else that is happening at the moment.”

Burma is definitely in a state of rapid transition. During the last 18-month period, the country has received 20-percent more official foreign direct investment (FDI) than in all of the previous 20 years put together. At the same time, hundreds of thousands of people in ethnic minority regions have suffered from a severe escalation of conflict and displacement. For the first time in 50 years, popularly elected politicians have been able to raise genuine topics of concern in parliament. However, the new constitution gives greater power and impunity to the military than any of those introduced previously.

From a macro-perspective, however, overshadowing the intricacies of all of these contradictory developments is the country’s relationship with China. Over 70 percent of Burma’s FDI has come from China, largely for development projects in ethnic-minority regions. These projects, along with smaller initiatives worth millions if not billions of dollars more in undocumented investment, have now brought tensions in ethnic regions to a boiling point. In turn, such tensions have led to the breakdown of a handful of ceasefire agreements between ethnic armed groups and the government army, which, incidentally, receives the majority of its weaponry from China.

In the north, more and more ethnic minority parents are emphasizing the teaching of the Chinese language over Burmese, putting their children through one of the hundreds of Chinese schools in the country. Furthermore, hundreds of thousands of acres of land and countless small and medium enterprises are going into private Chinese ownership. Meanwhile, generals maintaining the closest relations with China are proving to be the most obstructive to liberal reforms.

Chinese companies can meet the immediate needs of the military government and, increasingly, of civilian consumers in urban non-conflict areas more efficiently than anyone else. Burma is reciprocating by assisting China to address strategic priorities such as gaining access to a second ocean by allowing large-scale resource extraction for export and extensive road and railway construction for Chinese use. At a stage where its economy needs to be rebuilt almost from scratch, Burma is heading down a path all too similar to those trodden by states now dependent on the West. It is becoming increasingly dependent on technology, skills, and export-import loans from China worth billions of dollars.

Concerns about this Chinese-led development and its many inherent risks are a heated topic in Burma today. Discontent can be heard in the rallies and public statements of opposition armed forces in the border areas, in cabinet and parliamentary meetings in Napyidaw, in the teashop natter of academics in Yangon, and in the day-long councils of elders in swidden and fishing communities across the rural hinterlands. Conducting research in central Burma earlier this year, I often heard talk of “the Chinese invasion,” referring to the investment drive, and of the use of “Chinese agents dressed as investors” in a recent privatization of government assets. Active commanders of a key ethnic armed group out near the border with Thailand told me that Chinese investment and resource extraction had become the biggest obstacles to their struggle for democracy and greater autonomy.

Pressure from many angles recently forced the Burmese government to put the most contentious of its major development projects, the Myitstone Hydropower Dam, on indefinite hold. Resistance to the project was coming largely in reaction to cultural and environmental factors, including local fears of damage to natural heritage and vociferous claims from Burman elites that the exploitation of the cherished Irrawaddy River is an insult to the nation’s sovereignty.

The dam victory testifies to the multitude of voices from within the country’s expanding civil society and NGO communities that have pushed for a revision of policy. However, although a lucrative earner for Vice-President Tin Aung Myint Oo and his personal business associate Tun Myin Naing, the project bears little strategic or economic significance for the country’s military leaders, and its halting appears more to do with nationalist sentiments and rivalries within the military leadership than any newfound enthusiasm for social responsibility. Meanwhile, nearby jade mines, teak-logging sites, and cash-crop plantations continue to tear ethnic homelands to pieces, producing exports to China far exceeding the value of the dam to line the pockets of military leaders and their associates.

Further augmenting Burma’s dependence on China is cross-border trade. According to official border import and export figures, China is responsible for 78 percent of the nation’s total cross-border trade. But this is likely to be a mere quarter of the actual amount. This is largely due to the unwillingness of traders to declare the real price of goods in order to minimize taxes and avoid the many obstacles stemming from a poorly administered official border trade system. Goods heading in both directions on the Yangon-Muse road dominate the commodities markets.

Moreover, upper-middle-class Chinese investors are snapping up small and medium enterprises from across the country. The historic Burmese capital Mandalay, for example, is overwhelmed with Chinese-owned factories and shops. Among others, the local blanket and spare machine parts industries have been forced out of business in recent years. Locals attribute these developments to the actions of Chinese private and state actors who have increased prices of the necessary raw materials for these products while introducing cheap imports. Although much of this is taking place through proxy business owned by Burmese citizens, millions of first-generation Chinese in Burma, many with fake Burmese IDs obtained from corrupt immigration officials, are also in on the game.

In the case of large-scale state-sponsored projects such as dam and pipeline building for energy export, the vast majority of this investment in fact stays in China. These companies have little interest in training local workers or facilitating technology transfers to their Burmese counterparts, bringing in all heavy machinery from China along with engineers and other specialists. Almost everything that must be sourced in Burma, such as security, basic materials, and corvée labor, is paid for through the provision of shares to state-owned or military-affiliated companies. Such companies, most prominently Asia World Co. and Max Myanmar, maintain strong relationships in China, acting as brokers to secure almost all large-scale projects and in return are handed many of their peripheral contracts. Not only does this deprive the Burmese people of the ordinary benefits that come with investment. It also risks creating total dependency on China within crucial areas of the country’s emerging economy.

Troublingly, this dependency thrives on and perpetuates a culture of systematic corruption and nepotism. Chinese state and private actors have made rapid gains in Burma over the past two decades primarily through close personal ties with military and government leaders at all levels. If economic decision-making continues to favor the acquisition of short-term profits over the development of infrastructure and industry, even a reformed government will be unable to address the needs of the country’s long-neglected population. With the country’s political and military hierarchies currently in upheaval, the actual chain of command between different actors is unclear. In such a tumultuous situation, Chinese investors are looking for gaps for exploitation. Meanwhile, in fear of being pushed away from politics, many military hardliners are helping them find a way in.

For Burma to ever see the military voluntarily step away from power, or indeed to see meaningful economic development, peace must be achieved in the ethnic border areas. Reconciliation is dependent on many factors, but paramount is the eradication of corrupt profiteering within the military at all levels and the establishment of local oversight on matters of resource exploitation. Both of these factors are key because they perpetuate military abuses in ethnic areas by allowing impunity. They are the main reasons opposition armed groups continue to demand greater autonomy. Although China has often encouraged all parties to maintain stability through peaceful means, its corporations effectively obstruct progress in these areas, as the status quo has proven so profitable.

Given the current levels of corruption and the general disorganization of the economy, financial growth is dependent on much more than the lifting of Western sanctions. Restructuring is underway, and according to numerous sources close the government, progress in the country’s economy is outpacing that of other sectors. However, senior military figures continue to control all major assets, so forceful government action will be necessary for true reform.

Aside from former junta head Than Shwe, the most prominent of the figures profiting from this investment is Vice President Tin Aung Myint Oo, who is at the heart of all bilateral relations with China. Previously in charge of weapons procurements as quartermaster-general of the army and later the head of almost all state business entities at one point or another, the vice president is believed to have been given his current position initially in order to dominate business affairs, and provide a traditionalist and militant voice to the otherwise progressive executive branch. Although he is deeply unpopular among Burma’s business and military elites, especially President Thein Sein, Tin Aung Myint Oo still has the backing of former dictator Than Shwe and loyal support from some parts of the cabinet, so he is unlikely to be pushed out immediately.

Throughout the ranks are military commanders like him that have dedicated their lives to obtaining a position from which they can profit. As long as Chinese actors are bringing money to the table, these military men will continue to do so, unless the government takes drastic measures. If such reform does become possible, then Burma will become a more attractive environment to investors without exploitative strategic interests. Only then, will the country be able to take charge of its own development, reinvigorate its agricultural and manufacturing sectors, begin to invest in social welfare, and reconcile its many disputes.

Dan BeakerDan Beaker is a contributor to Foreign Policy in Focus (fpif.org).