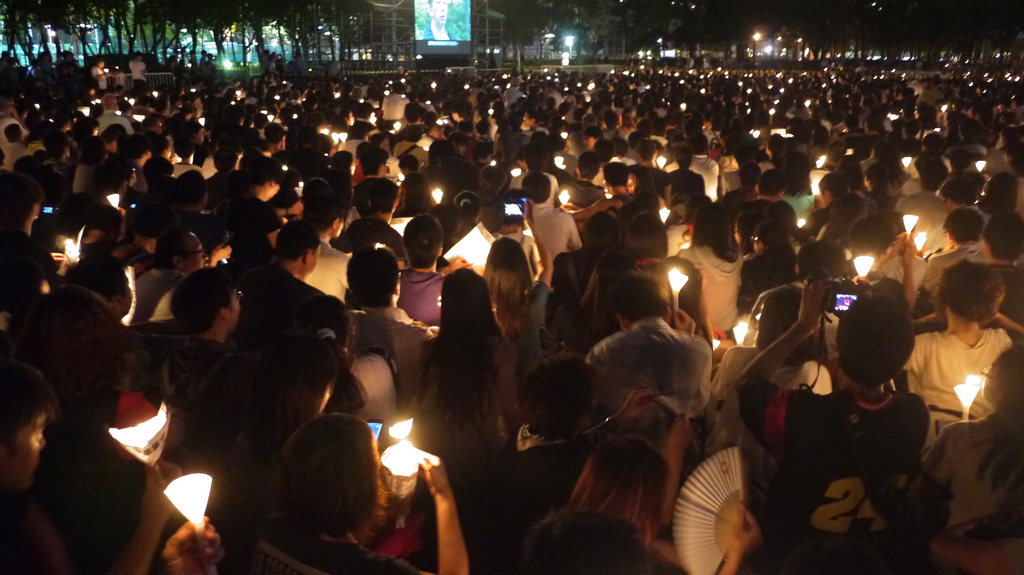 Can China Win Back Hong Kong?

Relations between Hong Kong and mainland China have fallen to some of their greatest depths since the city's handover to Beijing.
By Martin Murphy | January 13, 2014

Sixteen years after Hong Kong’s return to China, the city is mired in political gridlock, anti-mainland sentiment has seeped into everyday life, and prospects for promised democracy are facing a rocky road.

Hong Kong’s reversion to Chinese rule in 1997 was heralded as one of several acts that would end China’s “century of humiliation.” The final act, peaceful reunification with Taiwan, remains a Chinese dream.

Ironically, China’s late premier Deng Xiaoping devised the 50-year “one country, two systems” formula now governing Hong Kong as a model for Taiwan, anticipating the island’s eventual reversion to Chinese sovereignty. But with China’s clumsy efforts to win the hearts and minds of Hong Kong’s people littered with embarrassments, neither Hong Kong nor Taiwan has been impressed.

Beijing and Hong Kong are now on a collision course over the city’s future. Pro-democracy groups and ordinary citizens have been preparing for “Occupy Central,” a large-scale civil disobedience sit-in scheduled for later this year in Hong Kong’s financial district, unless there is an acceptable plan for a one-man, one-vote system for the election of Hong Kong’s next chief executive in 2017.

A recent poll showed that 62 percent of Hong Kong’s people want part of that plan to include the right to nominate candidates, rather than delegating that role to a small, unrepresentative nominating committee that could screen out “unpatriotic” candidates. Absent an acceptable roadmap within the next six to eight months, Hong Kong faces the prospect of civil disorder, mass arrests, and the international business community’s loss of confidence. There has even been mention in the local press of deploying the People’s Liberation Army to put down protestors, with Beijing’s local propaganda chief recently reminding the city that the central government had the power to impose a “state of emergency” if the Hong Kong government lost control.

As Hong Kong now settles in for a five-month period of consultations aimed at reforming its nomination and election system, it may be a good time for Beijing to think about hitting the reset button. That would mean a new soft power strategy and a fresh team to oversee Hong Kong’s affairs. It would also require that China reorient its “one country, two systems” framework back toward a greater accommodation of Hong Kong’s long-held and growing aspirations for a more democratic and representative governing system.

Problem is, Beijing’s Liaison Office has little expertise in foreign affairs or in dealing with foreign societies. And Hong Kong is still “foreign,” despite its overwhelmingly Han Chinese population. As a result, Beijing’s shadow government in the city regularly misreads what drives Hong Kong’s 7 million residents, most of whom cherish freedom, rule of law, and an independent judiciary.

So how did Hong Kong-mainland relations descend to some of their lowest depths since the handover?

Observers point to several misjudgments by the Chinese leadership, but trace the roots of tensions to a pivotal event in 2003, when 500,000 Hong Kong residents took to the streets in protest against Article 23, a now infamous internal security law that Beijing expects Hong Kong to implement in order to fulfill requirements of the Basic Law, Hong Kong’s mini-constitution.  Opponents argue that its vague provisions against treason, secession, and certain political activities would curtail Hong Kong’s political and personal freedoms, if the article is ever adopted.

The size of the demonstrations took China’s leaders by surprise, and their response sowed the seeds of a gradual but significant shift in Beijing’s governing attitude — from a laissez-faire emphasis on “two systems” to a sharpened focus on patriotism and “one country.”

But China’s more interventionist approach has produced a number of embarrassing missteps that have highlighted its general lack of understanding of much of the city’s thinking. Its recent failure to impose “national education” is a case in point. Anyone familiar with Hong Kong could have predicted the sit-ins and demonstrations that followed against what was widely perceived as a propagandized curriculum. Critics castigated the government’s proposed teaching booklet, “The China Model,” for referring to China’s ruling party as “progressive, selfless, and united,” criticizing multiparty systems as disastrous, and whitewashing parts of Chinese history, such as the 1989 Tiananmen massacre.

Another telling episode took place in October 2012 after two ferries collided in Hong Kong harbor. When government officials visited victims at a local hospital, it was the Liaison Office’s deputy director who talked to reporters, with Hong Kong’s chief executive standing meekly in the background. Such images heightened concerns that the Hong Kong government was no longer calling the shots, even on purely local matters.

Such displays are not new. By 2008, Beijing was raising eyebrows with its insensitivities to the Hong Kong government’s separation of powers, particularly the city’s cherished independent judiciary.

When then-Vice President Xi Jinping visited Hong Kong just prior to the Beijing Olympics, he told local officials, legislators, and judges that there should be “solidarity and sincere cooperation within the governance team.” This prompted a quick rebuke from the Hong Kong Bar Association, which reminded Xi that Hong Kong’s judiciary was independent and not part of any “governance team.” Critics also condemned Xi for flouting the basic tenets of “one country, two systems.”

The River and the Well

That Chinese officials continue to misread Hong Kong, with its own “foreign” Cantonese dialect and alien culture, is now a daily reality for most Hong Kongers. Some have suggested that savvier foreign relations experts from the mainland should oversee Hong Kong’s affairs. But China’s diplomats are not winning hearts and minds these days either — especially in their own backyard, where the country is facing growing isolation and a regional arms race is building steam.

With 34 years still remaining under “one country, two systems,” Beijing would do well to return to a policy articulated by former Chinese President Jiang Zemin, who once quoted a Chinese proverb advocating a more hands-off mainland approach to Hong Kong: “Well water does not pollute river water, and river water does not pollute well water.” To do otherwise risks deepening internecine feuding, hardening anti-mainland China sentiment, and ensuring years of political paralysis and poor governance.

At the end of the day, a lighter hand in Hong Kong would be a positive sign of China’s evolving soft power, still lacking in much of the region, but few here in Hong Kong are counting on it.

Born in Hong Kong, Martin Murphy is a former U.S. diplomat and was head of the Economic-Political Section at the U.S. Consulate in Hong Kong from 2009-12. He has contributed to the South China Morning Post, Global Post, and Wing Chun Illustrated. He can be found at www.hongkongreporting.com.