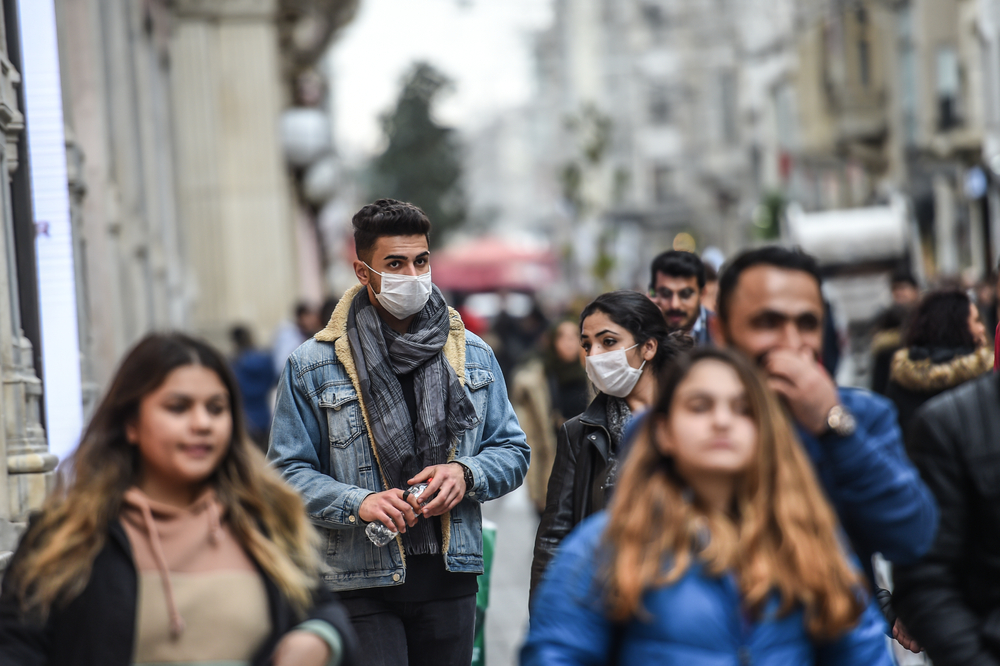 Can Coronavirus Be a Catalyst for Thinking Globally?

In an age of pandemics and climate crisis, countries’ health, environmental, and development policies are globally important.
By Imani Countess, William Minter | March 26, 2020

This article builds on a multipart essay series entitled Beyond Eurocentrism and U.S. Exceptionalism.

The COVID-19 pandemic is global, but national responses have spanned a wide spectrum. After initial denial, China mobilized massively and appears to be winning its battle against the virus. Several close neighbors of China — Hong Kong, Singapore, Taiwan, and South Korea — reacted quickly and decisively, taking advantage of systems set up to counter earlier epidemics.

But Italy and other European countries, as well as Iran, were slow to respond, and the United States is even more laggard, making all these countries vulnerable to exponential rates of infection.

African countries, with the help of the World Health Organization, responded quickly, and the case count at this writing still mainly consists of imported cases from Europe. But the rapid growth that is almost inevitable in Africa could quickly overwhelm poorly resourced health systems. And social distancing is impossible for the majority of Africa’s population.

On March 23, South African President Cyril Ramaphosa announced a 21-day nationwide lockdown intended to curb the virus, with plans to mobilize national resources to protect South African formal and informal workers as well as businesses. His speech, available on YouTube and as a transcript, was detailed and determined. But implementation will be extraordinarily difficult.

Much of Latin America and South Asia is in a similar situation, along with many countries in other regions. And, as in the United States, investments in public health institutions have been eroded by austerity policies in countries around the world.

The Trigger, Not The Cause

At national and global levels, the pandemic has already led to drastic economic consequences, for the stock market and for the real economy. But the disease is the trigger rather than the only cause of these problems, notes Marxist economist Michael Roberts in an extended blog post. “That’s because,” he explains, “the profitability of capital is low and global profits are static at best, even before COVID-19 erupted. Global trade and investment have been falling, not rising.”

Households and government institutions at all levels face challenges that are coming fast, and a fast learning curve is imperative if we are to survive. At an individual level, we are learning rapidly that social distancing, which is really physical distancing, is essential. Along with reaching out to our families and personal networks, we know we must mobilize support for essential health workers, grocery workers, and others who are required to work on the frontlines despite personal risks. One among many such creative efforts is a project in New York City that organizes unemployed gig drivers to deliver meals to vulnerable seniors.

At national level, the pandemic is revealing the failures of our institutions and testing their capacity to adapt. Policy debates show sharp contrasts between those who would use the crisis to blame others and accentuate inequalities and those who are questioning entrenched assumptions about the role of government in defending common interests.

Resistance to learning lessons is most firmly entrenched in the Trump administration and the Republican Party. But the pressure to bail out the rich and neglect the most vulnerable is widespread, despite calls for a different course, such as Senator Elizabeth Warren´s conditions for corporate bailouts, or this proposal to follow Denmark’s ambitious stimulus example.

At the global level, it is past time both for mutual learning and for solidarity. And on both counts, the United States is behind the curve.

Within specialized scientific communities, scientists from China, the United States, and other countries are in contact regularly to share research about the virus. “Preprint” articles appear daily on sites such as medRxiv. Although these articles have not been formally peer reviewed or published, they are an important means of airing new ideas and receiving scientific feedback. When one such article in early February sparked the viral spread of a conspiracy theory on Twitter, pushback was immediate, and the faulty article was withdrawn within days of its release.

At the policy level, however, ingrained institutional and cultural biases block rapid learning. This is particularly true in the United States, with its longstanding hubris and belief in U.S. exceptionalism.

Mainstream commentators, such as foreign policy veteran Dennis Ross, are already lamenting the U.S. failure to provide global leadership. But their emphasis is on how the United States is “losing” geopolitical ground to China rather than on the missed opportunity to learn from other countries´ experiences, including South Korea as well as China. Such learning is happening, but the pace is still limited by assumptions of U.S. exceptionalism and the lack of established bilateral channels at the level of governmental institutions.

There is also the need for more fundamental questioning of the models of industrial agriculture that analysts say have fueled the rise of zoonotic diseases, as natural habitats are invaded by human populations. According to a new report from the African Centre for Biodiversity:

“Most pandemics in fact, including HIV/AIDS, Ebola, West Nile, SARS, Lyme disease and hundreds more, have their roots in environmental change and ecosystem disturbances. These infectious zoonotic diseases originate from animals, wild and domesticated. These diseases are magnified through the erosion of ecosystem health, deforestation, biodiversity loss, ecosystem destruction and the removal of essential, natural, protective barriers.”

The point is also developed in a recent interview with Rob Wallace, author of Big Farms Make Big Flu. Foreign Policy In Focus columnist Walden Bello argues that both Western and Chinese models of capitalism share this extractivist orientation.

With the United States struggling to confront the coronavirus at home, the country’s capacity to provide solidarity to other countries is very limited. Help will have to come from elsewhere when, as expected, the global pandemic and its economic impact land with full force on Africa and other vulnerable regions. If the United States wanted to help efficiently, it could immediately provide additional financial support to multilateral agencies such as the World Health Organization, UNICEF, as well as a UN special fund being launched.

“We are facing a global health crisis unlike any in the 75-year history of the United Nations — one that is spreading human suffering, infecting the global economy and upending people’s lives. A global recession — perhaps of record dimensions — is a near certainty.”

Saudi Arabia, the current chair of the G-20 group of major economic powers, has called a virtual summit for this week at the urging of India. Although the potential for agreement on common action is uncertain, it is very likely that China will play a major role, and that the United States will be irrelevant at best.

Already China is taking the lead, not only in dealing with the virus at home, but also in providing supplies and expertise to other countries. Initiatives are coming both from the Chinese government and from the Chinese private sector. Billionaire Jack Ma, for example, has provided 500,000 test kits and 1 million masks to the United States. He has also shipped 1.1 million testing kits and 6 million masks to Ethiopia to be distributed by Ethiopian Airlines around the African continent.

Cuba is not a member of the G-20, but it has continued its decades-long tradition of medical solidarity. When a British cruise ship in the Caribbean was denied entry by the United States and other countries, Cuba accepted the almost 1,000 passengers, including 50 with symptoms of coronavirus, and provided secure transport to meet chartered planes to fly them back to Britain. And last week, Cuba sent more than 50 doctors to northern Italy to join the battle there against coronavirus. A Facebook video of their arrival on March 22 gained almost 4 million viewers within 24 hours.

Like the climate crisis and economic inequality, the COVID-19 pandemic may not at first glance seem to be a “foreign policy” issue. But it powerfully points up the need to forge a global perspective — and global alliances — without delay. Progressives must lead the way, and the coronavirus is an immediate opportunity to change the way we think to always recognize domestic and global realities as intertwined. Both self-interest and moral values make this imperative.

Imani Countess is an Open Society Fellow focusing on economic inequality. William Minter is the editor of AfricaFocus Bulletin.