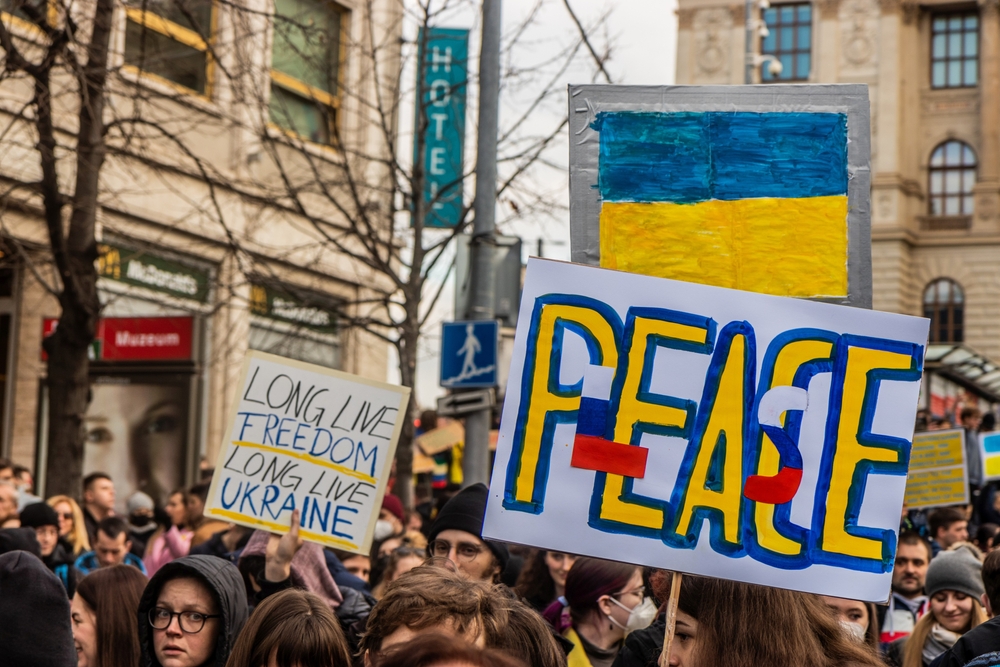 Can U.S. Progressives Work with the European Left on Ukraine?

Russian aggression in Ukraine shows how American Left hasn’t done its homework well. To suggest that Russia had any right to respond to a threat from NATO or the United States itself is not borne out by reality. Before February 24, Ukraine had not considered joining this military alliance under Washington’s aegis. The very process of joining a non-military organization such as the European Union also did not proceed in a dizzying fashion until the war began. Moreover, Ukraine is an independent and sovereign state, and its geopolitical choices should be its prerogative and its alone. To suggest that third countries can influence Kyiv’s decision testifies to a—perhaps unconscious—openness to imperial thinking, where the bigger and stronger can decide for the smaller and weaker.

American imperialism always deserves condemnation. I write this also as a Pole because my country took an active part in the Anglo-Saxon-Slavonic aggression against Iraq. And the day the Western bombs started falling on Baghdad, I felt shame for my country, just as I felt anger at seeing a smiling George W. Bush declaring military victory. But Russian imperialism, even if it’s anti-American, is still imperialism, and an ominous one at that, bringing death and destruction across the Dnieper River.

Putin’s Russia embodies everything that progressives and social democrats are against. An authoritarian and oligarchic system that kills its political opponents at home is characterized by homophobia, nationalism, and a close relationship between state and church. In the international sphere, Russia refers to the former Soviet states as “near abroad” and considers everyone who speaks Russian to belong to the “Russian world.” In Putin’s view, this gives it the right to invade militarily: first in Georgia in 2008, then by illegally annexing Crimea and starting a war in eastern Ukraine in 2014, and finally by attacking all of Ukraine this year.

The Russian crimes committed in Bucha, Irpin, Gostomel, and Mariupol by the Russians, including the rape of women and children as well as the bombing of civilian facilities—prove that the broad left must come into the current conflict to the aid of Ukraine. It may well be a country with many flaws, and it is not a paragon of social justice. But in a moment of war, one must unequivocally side with the victim, not the murderer.

And this is precisely how the leaders of European social democracy behave. The female prime ministers of Finland and Sweden, Sanna Marin and Magdalena Andersson, are not only sending arms to the Ukrainian army but are themselves advocating their countries’ rapid accession to NATO. The Social Democratic Prime Ministers of Denmark (Mette Frederiksen) and Spain (Pedro Sánchez) recently traveled to Kyiv to express solidarity with President Volodymyr Zelensky. Social Democratic mayors organize housing, health care, and education for Ukrainian refugees in Poland. Meanwhile, Alexandria Ocasio-Cortez was voting against the seizure of the assets of Russian oligarchs and the use of the funds raised from their sale to help Ukraine. Will she appear next time at a charity ball in a phenomenal dress with the inscription “Save the Russian rich”?

In truth, the left in the United States and the European Union need to work together to be effective. On both sides of the Atlantic, we see similar threats to our democracies, workers’ well-being, and the environment. The recent success of the Amazon labor union pleases European social democracy. The Staten Island organizing drive is an inspiration to Amazon workers on the “old continent.” Neither the United States nor Europe alone can implement the Green New Deal. We need to work more closely together.

In the same way, we need common solidarity in the face of war in Europe. This war is no longer a future prospect. It is already here, in Ukraine.

Bartosz Rydliński is co-founder of the Polish think tank Ignacy Daszyński Centre and assistant professor at the Institute of Political Science at Cardinal Stefan Wyszyński University in Warsaw.