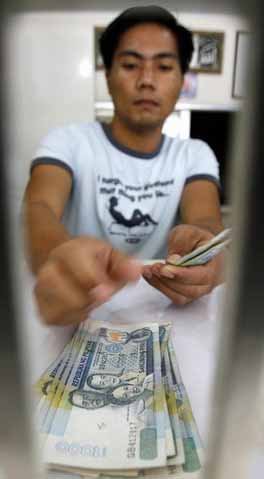 Can Migrants Save the Global Economy?

Migrant workers form the fifth largest country in the world and produce profits equal to the third largest corporation. They should be at the center of any reform of the global economy.
By Debayani Kar | December 18, 2009 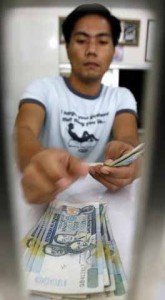 The global economic crisis has devastated workers around the world, none more than migrants whose daily wages are dependent on the whims of global financiers. Witness Dubai. Even before the meltdown of Dubai World, migrants whose labor literally built Dubai from the ground up suffered serious job losses with the onset of the global recession in 2008.

Remittances are expected to decline from $308 billion worldwide in 2008 to $293 billion in 2009, due to the global financial crisis. Many countries have experienced declines, particularly in Central and Latin America where workers’ fates are tied to the U.S. economy: Mexico (-11%), Guatemala (-13%), Honduras (-13%) and El Salvador (-13%). Some countries in South Asia, however, did experience an influx of money from workers abroad: Bangladesh (+22%) and Pakistan (+21%).

Remittances are not small change. At $300 billion a year, remittances represent profits that could form the third largest company in the world. The world’s 200 million migrants form a population large enough to constitute the world’s fifth largest country. Any solution to what ails the global economy must take into account the labor of migrant workers.

It Could Have Been Worse

While migrant workers have been hit by job losses, lower earnings, slower migration, and continued deportation, their remittances have not experienced the same drop as observers expected. This is due both to workers contributing more as their families have suffered back home but also because some workers have given the last of their savings before packing up and returning home.

Migration is largely fueled by the lack of sufficient opportunity in home countries. This year’s United Nations Human Development Report also acknowledges the extent to which migration is not an individual choice but a matter of economic necessity.

Speaking to Inter Press Service, Jeni Klugman, director of the Human Development Report division at the UN Development Program, points out that migrants — low as well as high skilled — make a positive contribution to the host country’s economy. At the same time, they often become the main investors in their countries of origin, even when it is hit by financial crisis or natural disaster. In this way, migrants form a development buffer that protects national economies.

For instance, Mexican hometown associations send back millions of dollars each year to fund projects in their communities of origin. These community-based transactions are replicated hundreds of times all over the globe. Taken together, it represents transnational action on an unprecedented scale.

This is what La Liga Global (or the Global League of Community Sustainers) is celebrating in activities in more than a dozen cities around the world this month leading to today’s International Migrants Day. They understand that migration is more than the laws that restrict life choices. It is an act of reconstructing transnational families. In the coming months, La Liga Global will launch a global social investment fund to further consolidate migrant economic power.

Because of the collective power of migrant workers, each remittance represents an opportunity to hold accountable those who profit off migrants’ hard labor. This is where the work of La Liga Global to transform the money transfer industry comes in. Their campaign represents the possibility of replacing economic concentration with economic democracy.

The International Fund for Agricultural Development finds that concentration in the remittance market in Africa is doing a great disservice to African migrant families. The two industry giants, Western Union and MoneyGram, control 65% of the market on the African continent, due in part to exclusivity agreements signed between governments and these companies. The result is higher fees and limited access in rural areas.

La Liga Global works with its members to lead corporate social responsibility campaigns and legislative strategies that push a unified global agenda for a more fair and equitable system of money transfers. In the United States, there are active campaigns in Oakland, CA and Rhode Island to pass legislation that would better regulate the industry by mandating transparent pricing and profit generation.

There is some hope on the horizon at the federal level too. The newly established Consumer Financial Protection Agency includes provisions to regulate the remittance industry in the United States. These provisions mainly regulate transparency in the industry, with requirements that providers disclose service fees, exchange rates, pickup location, and the date and time funds will be available after transfer.

A recent study by the Inter-American Development Bank highlights the difficulties of taking on the multi-billion dollar remittance industry in the current economic climate. Smaller-scale money transfer companies that use new technologies and offer lower prices for migrants are hurting in the global recession. This leaves more room for the industry giants to step in, with little incentive for Western Union or MoneyGram to enact competitive pricing. The IDB’s research finds that pricing has actually increased in recession-hit countries like Jamaica, Haiti, and Honduras.

Members of La Liga Global are negotiating corporate social responsibility agreements with the smaller money transfer companies that provide a cheaper and fairer remittance service. As they come on line in 2010, these agreements will provide an alternative for migrants whose families depend on the remittance lifeline.

Migrants demand that governments and corporations put wealth back in the communities they profit from. The CSR agreements include provisions for allocating 1% of pre-tax profits to sustainable development projects and designing revenue-share arrangements with migrant organizations. Migrant-sending governments are being pressured to establish mechanisms for regulating the industry while promoting savings and investment of remittances.

Migrants are often the most vulnerable populations and are simultaneously scapegoated for a country’s economic woes. But migrants across the globe have demonstrated that they are not waiting to take control of their economic futures. They are pushing for the legal and economic reforms that will make migration a choice and not a necessity for economic survival.

Can migrants save the global economy? They already are. Remittances channel resources directly to families and communities, ultimately supporting entire economies. But relying solely on migrant labor for this economic support is not only unjust, it is unsustainable. Enacting changes in corporate practices and government policies to hold these institutions accountable to migrants is a necessary step to building a just global economy, one that will not collapse under the weight of unregulated financial flows.

Debayani KarDebayani Kar coordinates communications for Transnational Institute for Grassroots Research and Action as well as the Applied Research Center in Oakland, California. Prior to this, she was based in New Delhi, India, connecting Asian migrant organizations to the Global League of Community Sustainers, or La Liga Global. She is a contributor to Foreign Policy In Focus.