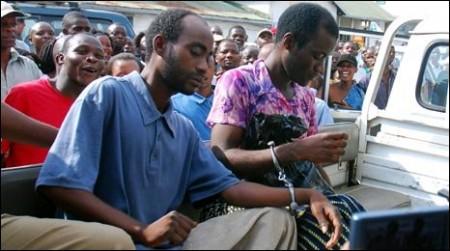 Can the West “Export” Gay Rights?

When it comes to attitudes toward gays and lesbians in Africa, donor countries need to conjure up all their skill to walk the tightrope between mindfulness and meddling.
By Kwei Quartey | December 13, 2011 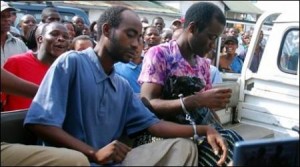 During the Commonwealth Heads of Government (CHOG) meeting in Perth, Australia in late October, UK Prime Minister David Cameron warned a number of African leaders that if their respective countries ban homosexuality, they could risk losing UK aid money.

He may not have anticipated the swiftness and fury of the African response to his statement. Zimbabwe’s President Robert Mugabe called Cameron “satanic.” Ghana’s normally mild-mannered President Atta Mills said Ghana was committed to upholding human rights as provided by the constitution, but “as president of this nation, I will never initiate or support any attempts to legalise homosexuality in Ghana.” Defying Cameron’s declaration, the Nigerian senate passed a bill banning same-sex marriages and calling for a 14-year prison sentence for anyone convicted of being homosexual. Presidential adviser John Nagenda of Uganda, one of the most dangerous countries in the world to be gay, said Ugandans were “tired of these lectures” and should not be treated like “children.”

Cameron’s office attempted to clarify the statement as referring to gay rights in the broader context of human rights. Just when it seemed the furor might be dying down, President Obama announced on December 6, 2011 that his administration would use U.S. foreign aid to promote rights for gays and lesbians abroad, including combating attempts by foreign governments to criminalize homosexuality. Almost simultaneously with the release of Obama’s memorandum, Secretary of State Hillary Clinton, in a speech at the Palais des Nations recognizing Human Rights Day, spoke about “one group whose human rights are still denied in too many parts of the world today”: lesbian, gay, bisexual, and transgender (LGBT) people. Clinton did acknowledge that the U.S. record on human rights for gay people is far from perfect.

Reacting to the Obama-Clinton declarations, Uganda’s John Nagenda said, “Homosexuality here [in Africa] is taboo…and I can say that this idea of Clinton’s, of Obama’s, is something that will be seen as abhorrent.” A look at how African countries punish gay people or those suspected of being homosexual gives a sense of just how pervasive homophobia has become in many of these nations. Never mind, by the way, that most of them are signatories to the loftily titled African Charter on Human and People’s Rights, article 28 of which states, “every individual shall have the duty to respect and consider his fellow beings without discrimination, and to maintain relations aimed at promoting, safeguarding and reinforcing mutual respect and tolerance.”

According to the Royal African Society’s Richard Dowden, the UK’s aid budget this year is $12 billion. Ghana, for instance, gets $133 million. Dowden says, “Recipient governments in Africa…know the donors have to hit their targets…and the channels are overloaded. So, more often than not, power is in the hands of African governments, not the Western donors.”

Another reason why African countries have been surprisingly willing to rebuff the U.S. and UK overtures about human rights is the growing presence of China in Africa, which reassures African leaders that they have an alternative aid source. In his Foreign Policy In Focus commentary America vs China in Africa, Francis Njubi Nesbitt writes eloquently about how the West has been unable to respond to China’s imminent replacement of the West as the dominant international economic and political force in Africa.

Like Zambian-born international economist and author Dambisa Moyo, some critics believe that aid from rich countries is destroying Africa. But donor nations don’t easily stomach the idea of precipitously dropping aid in critical areas. For example, the U.S. government has spent an average of $308 million a year on HIV/AIDS programs in Nigeria, and the UK spends up to $31 million. Although a withdrawal of these funds would certainly affect gay Nigerians, much larger numbers of heterosexuals, particularly women, would suffer the consequences, since heterosexual sex is responsible for 80-95 percent of HIV transmissions in Nigeria.

African politicians have been angry at what they perceive as the West interfering with “Africa’s societal norms” and “imposing foreign cultural values.” Of all the African human rights concerns Cameron and Obama could have picked, gay rights are among the most inflammatory.

A widespread, facile notion among many Africans is that homosexuality is an “evil” brought to the continent by the West. As has been pointed out in many writings, there is ample evidence to the contrary. The fascinating book Boy-Wives and Female Husbands explores indigenous homosexual practices in four broad geographical regions of Africa. The anthology includes early accounts of European explorers such as Cavazzi and Cardonega, who in the 17th century described homosexual activity among African men. On witnessing these behaviors, the shocked Europeans reacted then in the same way African leaders do now, lambasting what they described as “filthy practices,” “wrongful male lust,” and “abominable sin.” As unbelievable as it might seem to some, the European import to Africa might well not have been homosexuality, but homophobia.

Consider how much of the archaic language of Africa’s written law is based on British common law. For example, Section 104 of Ghana’s Criminal Code refers to “unnatural carnal knowledge,” circularly defined as “sexual intercourse with a person in an unnatural manner or with an animal.” It’s derived from ancient texts such as this page in A Treatise of Pleas of the Crown by William Hawkins, the first edition of which was published in 1716. There is no specific mention of homosexual acts, but it would appear that much of the Ghanaian public has conflated homosexuality with pedophilia, sodomy, and criminality. There appears to be little understanding that same-sex love among men and women encompasses a wide range of behaviors from close companionship up to, but not necessarily including, sexual intercourse. But in a deeply religious country where many take their homophobic cues from self-righteous pastors who whip up the frenzy and urge the youth to become ever more pious, there is little hope of progressive change anytime soon.

It seems paradoxical that homophobia should be on the rise in Ghana, where it has long been normal for men to hold hands in public and enjoy physical closeness, and where harmless crushes, romantic attraction, and homoeroticism all commonly occur among students in single-sex boarding schools.

It’s all very well for Cameron, Obama, and Clinton to make proclamations from thousands of miles away. But do they help African gay advocacy groups fighting local battles in their respective countries? In a blog post on MyWeku.com, N Thompson writes, “If Cameron’s agenda was to advocate for Gays and Lesbians across Africa, then he has done a pretty bad job of it.”

A group of African rights activists has stated further, “While the intention may well be to protect the rights of LGBTI [lesbian, gay, bisexual, transgender, and intersex] people on the continent, the decision to cut aid disregards the role of the LGBTI and broader social justice movement on the continent and creates the real risk of a serious backlash against LGBTI people.”

In the final analysis, the Obama-Cameron-Clinton triumvirate could end up doing a disservice to those they claim to want to help. On the other hand, if Uganda were to finally pass its on-again, off-again death penalty bill for homosexuality, it is hard to imagine how the U.S. government could fold its arms and do nothing. It would need to conjure up all its skill to walk the tightrope between mindfulness and meddling.

Kwei QuarteyForeign Policy In Focus columnist Kwei Quartey was born in Ghana and raised by an African American mother and a Ghanaian father, both of whom were university lecturers. He lives in Pasadena, California where he runs a wound care clinic and is the lead physician at an urgent care center. He is the author of two novels, Wife of the Gods and Children of the Street, with Murder at Cape Three Points due out next year.