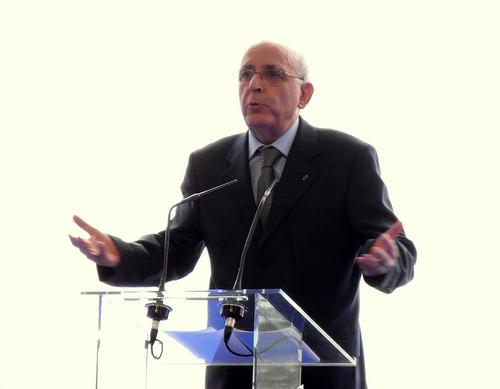 The "Tunisian Miracle" of dictator Ben Ali offered economic progress in exchange for civil liberties and thus sowed the seeds of discord.
By Feriel Bouhafa | January 26, 2011 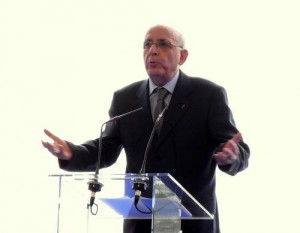 The success of a throng of Tunisian protesters who toppled Ben Ali, the seemingly unshakable dictator, caught the world off guard. Events quickly unfolded after a street vendor in the town of Sidi Bouzid named Mohamed Bouazizi, disgruntled by a lack of economic opportunity, committed the ultimate act of self-immolation that sparked nation-wide protests. These were met with deadly confrontations as police tried to stifle the uprising and the government manipulated the media to allege that the protestors had terrorist motivations.

During the dissolution of the government and parliament, the military remained the only institution the people trusted to assert control and provide security. On January 17, the incumbent Prime Minister Mohammed Ghannouchi announced a temporary national unity government. Elections were set for 60 days hence.

Despite concessions made by this interim government, a crisis of trust continues to reign over the people. The government’s fate remains uncertain as hundreds of people arrived in Tunis from rural areas on January 24, calling for the removal of all former government officials. This sea change in power raises several questions about the root causes of this extraordinary protest, the impact it will have on the region as a whole, and whether the theory that Arab civil societies are too inept to generate real change within their own governments has been finally disproved.

Analysts have rushed to make sense of Tunisia’s unforeseen popular revolt. The media have emphasized the economic discontent caused by unemployment, poverty, and high food prices. Others have noted the role social networks have played, characterizing the uprising as an instance of online activism and hailing it as a “Twitter revolution.”

Elizabeth Dickinson has christened the uprising a “WikiLeaks revolution,” speculating on the catalytic force of the WikiLeaks cables. These cables discussed the corruption of the ruling elite, the repression of journalists and social movements, and the country’s economic crisis.

This extraordinary uprising is being seen as the possible start of a domino effect in the Arab world. Its potential resonance has pushed pundits to draw comparisons with Algeria in the early 1990s, the Iranian revolution, and Iran’s more recent Green Movement. These speculations have some validity, yet lose sight of the specificity of the Tunisian context and risk invalidating its spontaneous and organic nature.

The Tunisian uprising is a case of endogenous revolution, an event that occurred because of the particularities of the Tunisian situation. The smoldering discontent that Tunisians felt toward their authoritarian regime was only awaiting Bouazizi’s spark.

Ben Ali, the deposed president who has sought asylum in Saudi Arabia, came to power in 1987 after a coup against Habib Bourghuiba, the nationalist leader and first president who led the modernization of the country. Under Ali’s leadership, the country continued with economic liberal and social reforms, which fostered a relatively developed infrastructure and several social and demographic gains. The Tunisian economy has averaged five percent GDP growth since the early 1990s. According to Pascal Boniface, of the Institute for International and Strategic Relations, the economic development of Ben Ali’s early years in power helped to create a highly educated middle class.

What Tunisians gained in economic reforms they lost in political freedom, a trade of civil liberties for a “system that works” with a sustainable infrastructure, liberal economic reforms, decentralization, women’s rights, and access to education. Expounding on the demographic behavior in Tunisia, French anthropologist Emmanuel Todd has emphasized the role of literacy, low fertility, and high rates of intermarriage as key to its democratic transition. While touting his role in achieving these gains to the nation and the West, Ben Ali ignored the repercussions on his nation’s social fabric. Moreover, he underestimated the social consciousness and maturity of his own people

The West’s unconditional backing of Tunisia’s president, as an ally in the “war on terrorism” and an alternative to a potential Islamist threat, gave him more confidence domestically. This presumptuous attitude furthered his isolation from the people, as he surrounded himself by a coterie that recklessly took control. The corruption of the ruling cliques wrecked the banking and the financial sectors, curbing foreign investment and causing high unemployment among the educated youth.

As noted by the U.S. embassy cables from American diplomats, the kleptocrats within Ben Ali’s clan coveted everything, challenging the economic, moral, and political values espoused in the people‘s slogan, “employment, liberty, and dignity.” This corrupt elite took over the “Tunisian miracle,” as former French President Jacques Chirac described the socio-economic policies of Tunisia. Growing discontent against Ben Ali’s mafia and its repressive intelligence apparatus started undermining the popular consensus around trading political concessions for “a system that works.”

Social dysfunction was obvious. The escalation of the popular mobilization was catalyzed by the repression of protesters, the shootings, and the killings, as well as a distrust of the media, which continued to propagate the ruling regime’s propaganda. Ben Ali clearly had lost touch with popular sentiments, crossing the line when he accused protestors of being mere agitators. People overcame their fears and tapped into a shared memory of resistance to French colonial rule. Inspired by symbols of independence, protestors declared Bouazizi a martyr and the national anthem their slogan.

During the days of ruthless police suppression, the United States chose to remain silent. According to British journalist Yvonne Ridley, “Not one word of condemnation, not one word of criticism, not one word urging restraint came from Barack Obama or Hilary Clinton as live ammunition was fired into crowds of unarmed men, women, and children in recent weeks.”

Only after the popular dethroning of Ben Ali did President Barack Obama come to applaud “the courage and dignity of the Tunisian people.” He eventually asked the interim government “to respect human rights and to hold free and fair elections in the near future that reflect the true will and aspirations of the Tunisian people.” In a similar vein, on January 23, Secretary of State Hillary Rodham Clinton called the Tunisian Prime Minister Mohammed Ghannouchi to reiterate U.S. support for Tunisia’s democratic transition.

Going forward, Tunisians will scrutinize the sincerity of these statements. The Obama administration’s initial hesitation exposed its unease with this transformation. U.S. policy and its national-security strategy in the Arab world need reassessment. Tunisia’s democratic impulse, as well as the uprising’s reverberations in other Arab countries, presents challenges for U.S. policy and that of its authoritarian allies in the region.

Feriel Bouhafa Feriel Bouhafa is a native of Tunisia, a doctoral candidate in Islamic studies at Georgetown University, and a contributor to Foreign Policy In Focus.